Wal Mart and the racist, child abusing employees that work there 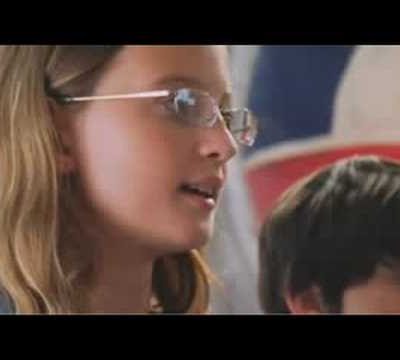 Wal Mart and the racist, child abusing employees that work there

by Cassy Fiano in Headlines 44 Comments

I stumbled across some total ridiculousness today. I honestly believe that these two Wal Mart “testimonials” sum up everything that is wrong with our society today. Granted, they come from a website called Pissed Consumer, but these two people are just crazy. And sadly, I don’t think they’re all that rare.

First, a woman who claims child abuse from a Wal Mart employee… because a Bratz board game was out of stock:

For three days my daughter wanted a Bratz board game. We went to the toy department to buy the game for three days this past month. All three times you were out of the game. My daughter is nine years old and she really likes Bratz. The third time she was told that they would no longer be carrying the product until Christmas. I demanded to see a manager. I told him about how my daughter was disappointed in not getting a game which she earned herself by doing chores around the house. I did not raise my voice I was just disappointed. I told him that I am a registered nurse and that I spend over $1000 a week at the store. All he could do was apologize. Had he really wanted to make me a happy customer he would have offered me a gift card of some kind, but all he could do was apologize. He did not even apologize to me he apologized to my daughter.

I told the man inside the toy department that he made my daughter cry. Another customer came up and said my daughter was not crying because she was upset she was crying because I was yelling and it was scaring her. She did not cry until I started yelling. This was true but the real reason she was crying was because that idiot in the toy department was not doing his job well and ordering toys. I also told the customer that I am a registered nurse and make 90k a year. I work ten hours a day and do not need smart aleck comments form her just because she is jealous of the amount of money I make. Why I probably make twice as much money as her. The customer and the toy deparement person’s behavior of not doing his job properly leads to disappointment and abuse of a nine year old girl. To top it all the customer was abusing my daughter by acting like she was simply crying because I was yelling. Again I did not yell. I just raised my voice a bit.

I had to go to your store three times and at 4 dollars a gallon for gas I feel that I should have gotton a bit more than an apology. I feel that I should have gotton six $50 dollar gift cards for the trouble I went to taking my daughter to and from the store. I come up with six because I want 3 for my daughter as she was abused when the toy department employee made her cry by not having her game in stock and me having to put up with this incompetient emplyee and manager.

How much awesomeness is in that complaint?? This “registered nurse” who apparently got through nursing school without learning how to write and spell properly is pretty cheap for someone who supposedly makes $90k a year. I gotta say, I’m glad I wasn’t that manager. I don’t think I’d have been able to keep my cool.

First, you have the spoiled brat factor: definitely not a rarity. How many children have you seen act exactly like this woman’s brat did? How fitting, the snot was dying to get a Bratz board game. And I guess that the genius who made it all the way through nursing school couldn’t figure out the concept of going to, perhaps, a different Wal Mart, or maybe a Target. Or hey, maybe she could’ve gone to a place devoted entirely to toys, like Toys ‘R Us!

And then, shocker of shockers, the manager didn’t offer her a gift card. Then there was the jealous customer, who just was envious over her $90k salary, obviously. And of course, because Richy McRich makes so much money, she obviously needs the six $50 gift cards.

Finally, Brainiac claims that the employee abused her daughter. You know, telling a nine-year-old that a Bratz board game is out of stock is exactly the same as real child abuse.

And people wonder why I think the Bratz empire is the worst thing to ever happen to parenting and children. This right here is a perfect example.

now n am not encouraging what my daughter did. Let me get this straight. i punished my daughter for what she did.

here is the story.

i was shopping in your south sioex nebraska store, my elevin year old daughter wanted to go and look at the toys, she asked me to buy her a greece barbie doll frenchie. i told her i did not have the money. she was disappointed, but she asked if she could look at the toys. i said yes, and to meet me in half an hour. i now i said i would not shop in your store again and i wont but i needed some food items and your store was the only one nearby and i needed to make food fast so my daughter could go to her girl scouts meeting.

a few weeks ago there was a racist greeter at your store that demanded to see s reciept from my daughter as she was leaving the store. she grabbed the bag from my daughter’s hand and i demanded to speak with a manager. he said he would handle it and ofcourse he handled it by putting her in another store which happens to be the one i go to frequiently. anyways this racist greeter asked to see our reciept. i refused to show it to her as i had not done nothing wrong.

upon leavin the store i was apporached by someone who claimed to be security. he told me that he wanted to arrest my daughter for shoplifting, at first i told him that he made a mistake my daughter would never do such a thing and i would be filing a complaint against him because he is just accusing my daughter because of our skin color. then he said that my daughter stole a barbie doll and chocolate bar. i said no way, she was just looking at them, she wanted one and i said i did not have the money. i asked my daughter to open up her backpack and to my shok she had stolen the barbie doll and chocolate bar. not wanting to get my daughter in future trouble i coorperated with him.

now i know my daughter did something wrong, however had she been white she would have gotton away with the shoplifting. because she is black they suspected her even before she stole the doll. i bet i was being followed around the store before my daughter even asked for the barbie doll. infact i would not be surprised if he was hearing our conversation (a private conversation at that) and thought this little black girl would steal the doll just because she is black. if we had been a white family he would have just left, better yet he would not have followed her to the toy department.

to make matters worse the security guard had the nerve to tell me that she had stolen small toys and candy before, i asked my daughter if this was true and she said yes. now i know my daughter did something wrong and i punished her by telling her she could not go to her girl scout meeting and sent her straight to bed, however if she had been white she would have gotton away with it. i feel it is unfair that they suspected a black 11 year old (a child) of being a criminal before giving her a chance. the fact that they were watching her before and saw her stealing before proves that they suspected her just because she was black. if she had been white and taking little things before they would never have suspected her and she would have had gotton away with all the shoplifting. which makes me wonder if her white friends parents bought the toys for their children or if her friends stole them and were not caught just because they are white.

So, let’s get this straight. This is all a case of racial profiling… except the RACISTS!!!!! at Wal Mart were right. Not only this the precious little Girl Scout shoplift, but apparently she’s made a regular habit of it. And I guess this woman, who is not racist at all, just can’t quite grasp the concept of checking receipts when you leave Wal Mart (they ask me 90% of the time when I leave for my receipt), and more importantly, surveillance cameras. And of course, once Mommy Dearest finds out that her little angel really has, in fact, shoplifted multiple times from Wal Mart, she punished her severely… by making her miss one Girl Scout meeting and go straight to bed.

How harsh. She taught her! And of course, white people never get arrested for shoplifting. Ever. As a manager of a tweener store, I never suspected white tweener girls of shoplifting. Because, you know, as a white person, I know that only black people shoplift, never ever white people.

There’s a common theme between these two stories. Both involve kids who are spoiled little snots. Both have parents overflowing with not only ignorance, but self-importance. All together, it’s not a pretty picture.

But when you go to Wal Mart, how many times have you seen these exact people walking around in there? I know I have. Now don’t get me wrong. I shop at Wal Mart too, and not everyone that shops at Wal Mart act like these two douchenozzles.

But they’re there. I know you’ve seen them there, just like I have, even if it’s not on such an extreme level. And like I said, this sums up everything wrong in America today. Most people aren’t this extreme. But too many parents excuse everything their precious little angels do, and find excuse after excuse after excuse. Too many parents spoil their kids — and some spoil them so rotten that the idea of making their sugarmuffins go without something as insignificant as a toy is bona fide child abuse.

Aren’t some folks just so charming?