Next post
No Need For Green: Seattle Cutting Down 500 Trees to Make Room For Surveillance Cameras

While our attentions are laser focused on the illegal occupation of Ukraine by the chest-pounding Vladimir Putin and the less-than-tepid response to that invasion by the we-don’t-want-to-offend-you Obama Administration, along with the mysterious disappearance of Malaysian Airlines flight 370, the ongoing protests in Venezuela continue. Sadly, they have gone mostly unreported by our myopic, Socialism-embracing mainstream media.

The past several days have seen a number of disturbing events transpire: 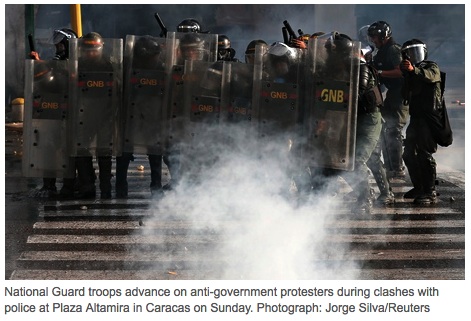 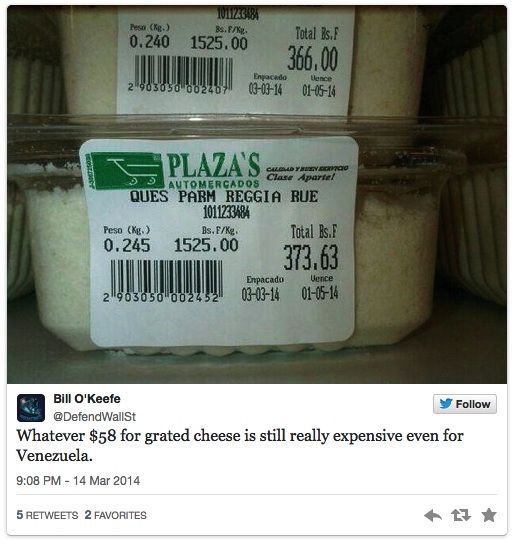 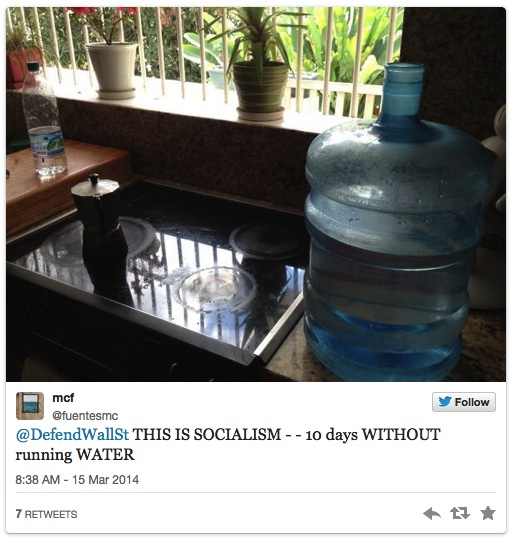 While the demonstrations continue—with an eerily silent Obama Administration (Michelle O. would probably just call them “knuckleheads” and nag them until they buy ObamaCare)—there still seems to be few definitive answers as to what exactly the protesters wish to achieve. Or even what percentage of Venezuelans they represent. I think we can all agree that Socialism has never worked anywhere, ever, in the history of mankind, and always ends with the repression of its citizens, another of the protesters complaints. But is it Capitalism that they want? Or the tried-and-true tax-the-rich scheme in the tradition of most Progressives worldwide? Do they want guaranteed incomes for all? Or maybe they’d like to pair up with Team Russia to replace us as the world’s most powerful union. Barry and Kerry certainly wouldn’t mind, particularly given that March Madness is in full swing. While my heart is with their fight for freedom, it’s unclear, at least from the limited media reports we have, what their “freedom” might look like. As most of us have come to learn the hard way, hope and change ain’t always what we imagine. And it certainly isn’t freedom.

By the way, has anyone seen the Hugo Chávez-worshiping Sean Penn lately?