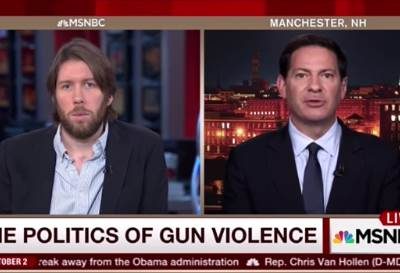 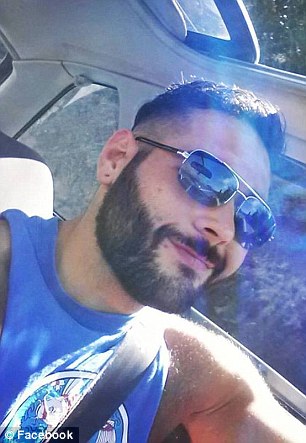 Yesterday was a day filled with unimaginable horror and great courage for students and staff at Umpqua Community College. A gunman opened fire on students and staff for reasons we will never understand. We now know his name and it will be bandied about in the same breath as one mentions the Charleston church, Sandy Hook, or even Columbine shooters.

But that shooter is not who we should give even one scintilla of lip service to. Instead we should remember and give thanks to the many heroes from yesterday, especially Chris Mintz. 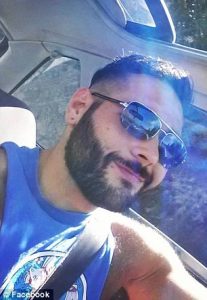 Chris Mintz was just starting his first round of classes at UCC, but before doing so he wrote a Facebook message to his 6 year old son, Tyrik wishing him a Happy Birthday.  And then the day took a very different turn.

Chris Mintz, 30, was in his first week of class at Umpqua Community College in Roseburg, Oregon, on Thursday when a man, identified by officials as 26-year-old Chris Harper Mercer, walked into Snyder Hall, where classes are held, and started shooting.

Chris’s actions yesterday morning are exactly on par for who Chris is, a retired U.S. Army veteran who served our country for 10 years. Derek Bourgeois, Chris’s cousin wasn’t surprised to hear of Chris’s actions. Chris and his cousin Derek joined the United States Army together after graduating from high school. Derek was stationed at Fort Bragg, while Chris was sent to Fort Lewis, Washington.

After leaving the Army, Mintz had moved to Oregon and done a bit of mixed martial arts. He had been working at the local YMCA while he enrolled at the community college with an eye toward becoming a fitness trainer.

Mintz did not forget his former comrades in the Army. He marked the seventh anniversary of the death of Army Capt. Richard Gordon Jr. in Afghanistan by posting a photo and a bio of the fallen officer on Facebook.

Most of all, Chris’s focus was on his son, Tyrik. In fact, the reason Chris is living in Oregon was to help raise his boy. As he lay wounded after the gunman shot him 5 times, his only thoughts were of his son.

A 10-year Army veteran with additional mixed martial arts skills runs TO danger to help himself and others.

That is EXACTLY what we should do. We should remember Chris Mintz, not the gunman. Chris’s son Tyrik is everything to him, and yet he still ran TOWARD danger on behalf of people he didn’t even know. 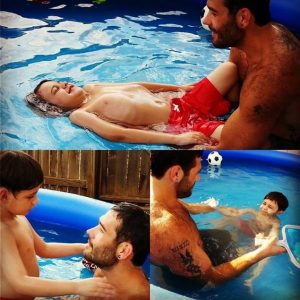 Chris is one of many yesterday who acted in the face of danger. We must remember them all. We must and should give thanks for the nurse who was on campus yesterday, for the cops and for the countless others we will be finding out about as more information comes to light. Michael Daly writing for The Daily Beast, put it most succinctly. He urged us all to think of Chris Mintz, NOT the gunman.

Forget the zero and remember the hero.

Indeed. Let us forever remember and reward courage, not cowardice.

As Chris recovers from his gunshot wounds, starts the process of learning to walk again, and hugs his son close – it is worth reading something he wrote on Facebook just a few weeks ago.

In a post on Facebook last month, Mintz reflected on his life, saying ‘memories are what makes life worth living’.
He wrote: ‘It’s amazing to sit back and reflect on life, decisions made or avoided, places I’ve been and the people I’ve met on my journey.
‘Why waste time wondering when I can enjoy my time experiencing life. Memories are what makes life worth living, even the bad ones bring you the ability to love the good ones.
‘So if you’re lucky, you’ll find the stars in your life and make a lifetime of one of a kind memories.’

Today we pray for those whose lives were abruptly cut short by a madman. Today we pray for the families of those who lost loved ones. Today we give thanks for the many heroes whose actions saved lives yesterday. As for Chris, as he embarks on the road of recovery and healing; we say Thank You, and we wish you and your son many many more one-of-a-kind memories.