Previous post
Farooq Saeed and wife and their IED facility 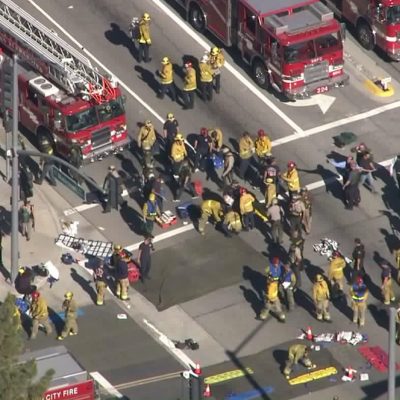 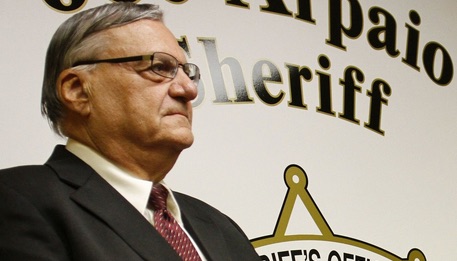 Just a day ahead of what’s increasingly looking like yet another Islamic jihadist attack on our nation, the self described “Toughest Sheriff in America,” Sheriff Joe Arpaio of Phoenix, Arizona, called on 250,000 of his fellow Arizonans to help fight Islamic terrorism and mass shootings in our homeland. Here’s what he said preceding Wednesday’s attack:

That’s what Sheriff Joe Arpaio is urging nearly a quarter-million Arizona gun owners to do to fight terrorism and mass shooters.

On Tuesday, the so-called “Toughest Sheriff in America” said he cannot guarantee the public’s safety and called on them to take matters into their own hands if necessary.

“I’m just talking about the areas where you have large crowds and someone pulls out the gun and starts shooting. Maybe somebody with a concealed weapon takes the guy down,” Arpaio said.

Specifically, Arpaio was looking to the 250,000 Arizonans who carry concealed weapons permits to help keep the peace.

As such, the percentage of Americans who think a terrorist strike is somewhat or very likely to occur in the homeland in the next few months has skyrocketed.

According to a CBS poll, 69 percent of Americans believe an attack is imminent.

Arpaio referred to the terrorist group ISIS, or ISIL, as a reason gun owners should be on the lookout. He also spoke about the Colorado man accused of killing three people at the Planned Parenthood last week.

Had someone been armed, the sheriff said, maybe he or she could have stopped the shooter.

“I’m concerned about what’s going on. Just think about Colorado. If there was someone in there with a concealed weapon that guy would have been shot down,” he said…

But some in law enforcement see this as a bad idea.

“Sometimes it’s not proper to pull the trigger because the collateral damage is not worth it,” Henry said. “We don’t want to walk into a gun fight between anybody, much less a gun fight where people are untrained.”

But Sheriff Joe’s sentiments are apparently not falling on deaf ears. This past Black Friday saw record-breaking gun sales (complete with background checks, gungrabbers!), likely in response to the fact that Barack Obama cannot, or will not, secure our nation. He continues to import Middle Eastern Muslims, some of whom are radicalized, and refuses to lock down our own borders even as he calls on Turkey to secure theirs. He continues to chastise Christianity while promoting—while simultaneously promising to do whatever he can on the issue of “gun control”—Islam. Call me a conspiracy theorist, but I don’t think it’s at all a coincidence. And Hillary Clinton, who just may be America’s next president, echoes his position. She had this to say, even as Wednesday’s terrorist attack in San Bernardino was unfolding and the families and friends of the dead and wounded were waiting in horror to hear of their loved ones’ fates:

Hillary Clinton was speaking about gun control as the #SanBernardino shooting unfolded. Here's what she said: pic.twitter.com/ZPbmK7eUK3

NONE of which would have stopped these two jihadists. This woman will not be satisfied with anything short of gun confiscation, and America on her knees. That much is clear.

In a must-read article our illustrious editor unearthed, author Publius Huldah of the Washington Standard tells us that it is not only wise, but our duty as citizens to defend our nation from enemies, both foreign and domestic.

…But what is going on now with the importation of large numbers of able-bodied young Muslim males is not “immigration” as contemplated by our Constitution. It is an act of war being committed against the People of the United States by their President. The plan is to overthrow our Constitutional Republic and set up an Islamic Caliphate over America.

That is Treason – it is Insurrection. It is not “immigration,” and it is not “refugee resettlement.”

The States must refuse to cooperate.

Absolutely. When we have the entirely of the Obama administration, with the acquiescence of a feckless Congress, and together with their propaganda-spewing sychophantic media, willingly importing our enemies, Sheriff Arpaio’s call to action could not be more timely. I, for one, will answer it.

So what do you think? Good idea? Or an accident waiting to happen?