Next post
Bobblehead To Be Made Of Dr. Fauci As Fundraiser 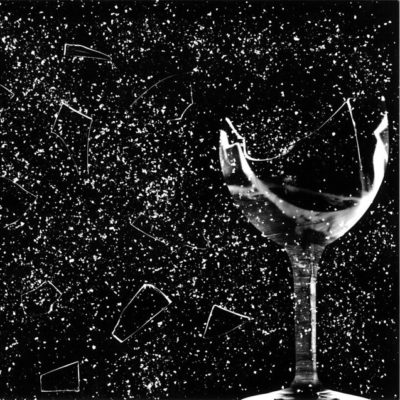 We heard about the numbers. We’ve listened to Dr. Birx’s stern warnings. Yet individuals are still not standing six feet apart and flooding grocery stores. While some Americans appear oblivious to noise, the tone-deafness amongst the elites is glass-shattering-magnified.

So much for that ol’ thing called social distancing. So March 17th. It seems as if celebrities and public figures are the worst in all of this. Tone-deafness amongst them is nothing new. Ruth Bader-Ginsburg slings kettle bells with a trainer and Stephen Colbert. Whilst Jennifer Lopez and Fiance, Alex Roriguez have fitness establishments stay open just for them to work on their fitness. Granted, this was supposedly “before” the state-mandated lock down in Florida, but the signs were already on the doors.

This begged the question from readers: don’t players like J-Lo and A-Rod have their own home gym (stripper pole included)? But why do the right thing and work out at home when some peasants would be happy to stay at work while you and your “boo” get a last gym pump complete with a post paparazzi photo? Jenny From The Block doesn’t “do” home workouts. Especially when she and her man could get a whole gym to stay open just for them.

Either she rang the number and said she was a UPS or Fedex driver, or she can't fkin read..
" 'Entitled'…convinced of one's own self-righteousness or the justifiability of one's actions or status, especially wrongly so; demanding and pretentious." pic.twitter.com/07KImsJWX0

Money cannot buy a brain between the two of them, apparently.

Then, there was King of The Tone-Deaf, David Geffen earlier this week who posted aerial drone photos from the safety of his yacht. Just in case anyone is wondering or anyone actually cares, he was well taken care of with plenty of food aboard the vessel. Singer John Mayer chimed in:

So glad you are okay, David Geffen! Is Oprah with you? Do you have enough food? I’m sure you’re not forced to eat rotting food like those did on the plagued Grand Princess? Clearly, David, we are all NOT in the same boat.

Celebrities are also going through a difficult time and they are trying to contribute in whichever way they know how.” -celebrity branding expert Jeetendr Sehdev.

Hmm. By musing in a rose petal milkbath in a luxury Paris apartment and calling a disease “the great equalizer”? By going to a gym and keeping those doors open, preventing workers with loved ones from being home? By hiding out on a yacht in the Caribbean? By going (gasp) without makeup? I don’t know about you but I’m certainly inspired!

Then, there’s the inspirational, maven of tone-deafness, Gwyneth Paltrow:

It’s not the time for denial. We must take this seriously and shelter in place.”-Gwyneth Paltrow

Except when you need to go to the farmer’s market. Or when you need to go on a trip to Paris, right? You’ll also be happy to know that the “Staying In Shop” on her lifestyle site, Goop, offers up great finds like $500 cardigans and $350 lounge shorts. Because nobody in this country has lost their jobs and some can barely afford groceries to put food on the table.

Most of us had a beef with tone-deaf celebrities way before this pandemic. It just seems as if the noise is even louder these days. I have even had a beef with celebrity pastors as of late as well. My friend pulled up an app with a well-known female pastor’s daily message. While the message may have been inspiring, I could not get past the seemingly obvious lip injections. Perhaps that’s something I need to work on…who knows?

Among the social impacts of the coronavirus is its swift dismantling of the cult of celebrity. The famous are ambassadors of the meritocracy; they represent the American pursuit of wealth through talent, charm and hard work. But the dream of class mobility dissipates when society locks down, the economy stalls, the death count mounts and everyone’s future is frozen inside their own crowded apartment or palatial mansion. The difference between the two has never been more obvious.” –Amanda Hess, The New York Times

In the midst of the tone-deaf cacophony, there are celebrities and public figures being silent heroes. But those in our communities may not get the same pats on the back or notoriety which make the noise some of them are making louder and more cacophonous than any given bad karaoke night at your local hometown bar. It’s our hope that these unsung heroes cut through the noise and the ones with the platforms get a makeover.