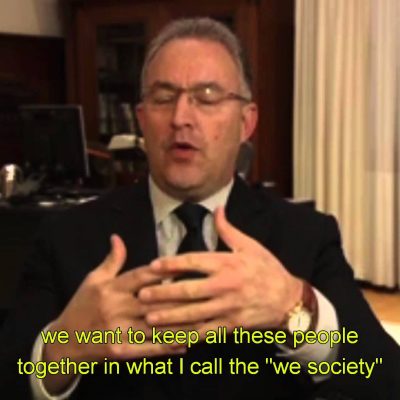 Previous post
Obama and Company Have No Cajones, But These Muslims Do

Given the events of the last week, I am doing my own survey, and it is packed with only two questions for the folks out there that are rubbing their two brain cells together getting ready to vote for Hillary.

First, aren’t you embarrassed yet?  And second, do you want the underling of the dude embarrassing us to run the show next?

John Edwards was right about two Americas.  I belong to the one that is able to tell the difference between what is leadership and what is occupancy in the White House.

I ask these two questions because I know that I would be embarrassed if I had a man that I voted for to be president based upon “hope and change” seems to be the same brand of old and busted, spineless, weak, lying mouthpiece for the tired ideas of a movement that is slowly dying out as the radicals of the Vietnam War era enter retirement.

Aren’t you embarrassed liberals?  Your president, who you touted as the smartest man evah! can’t seem to figure out how to get himself to Paris to stand for something he evidently supports (marching and community organizing in French must be hard…).  I guess he is at that point in his presidency where he has just decided that presidentin’ is just too hard, and besides, he has a tee time.

Aren’t you liberals angry that the Obumbler has played more golf than the last president? (it made you pretty mad when the last one did it).  Aren’t you liberals mad about the vast majority of the soldiers killed in Afghanistan happening while he was “commander” in chief? (I thought you supported the troops?)  Doesn’t it make your blood boil that the top three donors to his campaigns are from rich fat cat liberals who made their money on Wall Street? (I saw this protest about that called Occupy Wall Street.  Google it if you need more info)

What about you liberals in the lapdog media?  Having a crisis of confidence on the questions?  Can’t make your way past the hypocrisy?  You guys must get sooooo tired of covering for this asshat and this week especially, when 50 world leaders marched in solidarity against radical Islam, and he was on the couch in the official residence watching football.  I thought community organizers did this kind of stuff?  Sounds like this was right in his wheelhouse?  The excuse account must be overdrawn to the point of fraud by now.

If liberals aren’t mad about this startling lack of leadership that they claimed the current guy was going to bring to the office, and so far hasn’t, then they shouldn’t be allowed to vote.  Let them speak all they want, but this astonishing lack of comprehension and inability to perceive reality should disqualify them from doing anything more complicated than getting coffee for me at the drive-thru.

There is a saying in Texas “All Hat, No Cattle.”  And the current occupant of the office can’t find a hat big enough to fit around that giant swelled head of his, which puts me right on the path to my next question regarding Hillary.  Now, while no shoe in, what with that pesky Bill Clinton hanging out with a pedophile on Violation Island, it seems like she is getting ready to have a go at being the current unqualified boob’s replacement.

Aren’t any of the liberals embarrassed at the fact that they can’t even find a reasonable alternative to run for President other than the washed up has been SoS that can’t name one significant accomplishment she had while in office?   Someone who will have the albatross of the souls of the brave men killed in Benghazi while she was Madame Secretary dragging her down?  How about just the simple fact that having Bubba back in the White House is going to mean that the Secret Service is going to have to guard the virtue of the interns along with President?

My point to all of this is that while we conservatives have our own problems putting an end to the establishment types who always sell off their conservatism right after the primaries in favor of courting the squishy moderate vote, you guys have got a day of reckoning coming, because you have exactly NO ONE ELSE on the bench ready to go into the game that is worth a damn.  The pool of irrelevant faux radicals of the 1960’s is drying up as they all cash in their 401k’s and head for the Bahamas and the pickin’s are getting thinner by the day.

We might be dragging our candidate to the deep waters of conservatism and drowning them in the primaries, but you liberals are going to have to find an actual candidate, because running anyone that has a connection to this guy is going to be a losing proposition.

All those kids you promised free college to last week instead of standing for something with the rest of the world have figured out that the Democrats and Progressives are “All Hat, No Cattle.”

And that my pretties, is no bull…..