The Legacy of Trenton – Veterans Day 2013

The Legacy of Trenton – Veterans Day 2013

It was Christmas, 1776.  The Continental Army, made up of unpaid volunteers with poor equipment and not enough winter clothing, was cold, hungry, and despairing.  Some of the troops did not even have shoes.  The ideas of self-government and liberty seemed worlds away, lost in a wintry conflict that the ragtag soldiers were certain to lose against the well-equipped and well-funded British.  There was a lack of morale, a lack of hope.  Many Continental soldiers were leaving as soon as their enlistments were up.  Some were even going over to the British side, sure that joining the enemy would at least keep them alive.

General George Washington had just crossed the icy Delaware River with 2,400 soaked, freezing volunteer soldiers.  A few days previously, he had ordered the newly-published words of Thomas Paine to be read to them.

“These are the times that try men’s souls; the summer soldier and the sunshine patriot will, in this crisis, shrink from the service of his country; but he that stands it now, deserves the love and thanks of man and woman. Tyranny, like hell, is not easily conquered; yet we have this consolation with us, that the harder the conflict, the more glorious the triumph.”

The words were not food; they could not be fired from a musket.  But they bolstered the morale of exhausted fighting men and helped them remember why they were putting their lives on the line.  Washington needed them to fight; the general was about to bet it all.

After the freezing waters of the Delaware, Washington marched his troops toward Trenton, New Jersey.  He was expecting three more units to join them in the upcoming attack against the fort manned by Hessian allies of the British.  The column of men, wagons, and horses stretched out for almost a mile, and their leader rode up and down the column in the horrible weather.  He encouraged the men to keep going, exhorted them to stay focused.  They were at their breaking point but they did not quit.  They did not give up.  They marched in silence, for the element of surprise was critical.  They marched to what could be their own death.  When told that the muskets were too soaked and frozen to fire properly, Washington was adamant.  Use the bayonets.  We will take Trenton, he said.  We must.

Two men died on the road to Trenton.  The three other units never made it across the Delaware, driven back by the weather.  Nevertheless, Washington and his band of soldiers marched all night, and attacked Trenton at dawn.  They caught the Hessian troops by surprise, and it was a resounding victory for the American troops, who desperately needed both a win and a morale boost.  History knows the rest of the story, and over 200 years later, we remain.

This is the legacy of the American veteran—men who march all night, only to fight all day.  Men with no gear, no shoes, no winter clothing, no functioning weapons.  Men with the heart, the guts, and the intestinal fortitude to go further, harder.  Men who believed so strongly in the cause of liberty that they left their homes, their families, their comforts knowing that even if they never came home again, perhaps their children would live in freedom.  These were the first of us, and there have been so many more.

Today we have men like Randall Shughart and Gary Gordon, who volunteered to give their lives for a downed and wounded pilot on a hostile Mogadishu street.  We have Jason Dunham, who threw himself on a grenade to save his brothers.  We have Dan Daly, who earned two Medals of Honor in service to our nation.

But we also have others…millions of them.  We have the ones who no one ever heard about because they did not become famous charging the Germans or parachuting into Normandy—and the ones who never told us that they did it.  There are the grandfathers who kept their medals locked away in a box they never talked about.  The uncles who opened the gates to a locked camp of horrors and spent the rest of their lives simultaneously proud of what they did and horrified that they ever had to do it.  The fathers who were taken by a roadside bomb placed by a coward.  The brothers who were killed by a sniper.  The doctors who operate day and night on broken bodies in a desperate attempt to keep them alive.  The nurses who care for those wounded men and women.  The ones who simply did their job and came home, trying to find a way to fit back into the life they left behind.  They are the old man bagging your groceries a little slow, the athlete you see running down your street with a prosthetic leg, the woman who drives the local ambulance.  They are mothers and fathers and sons and husbands, and they all offered pieces of themselves so that you can safely sleep in your bed.

These are the core of our nation, and they continue to be the best and brightest of us all.  Our legacy as Americans is one of pride, of duty and country.  It is a legacy that was born in the icy waters of the Delaware.  It was born on the long road to Trenton.

It is one whose continued existence is our responsibility.  We owe at least that to the men who fought at Trenton. 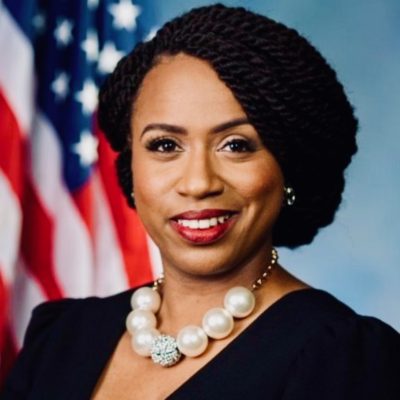