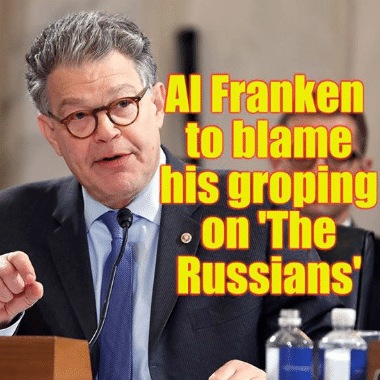 In case you were keeping score, the number of women accusing Al Franken(swine) of sexual misconduct is now seven. Seven women have accused Franken of either groping them, or trying to kiss them, with the latest one – a former Congressional aide – claiming Franken(swine) asserted that sticking his tongue down her throat was his “right as an entertainer.”

END_OF_DOCUMENT_TOKEN_TO_BE_REPLACED

Donna Karan, an icon in the fashion world, thinks that Harvey Weinstein is THE MAN!! Yes she really does, even after a week of revelations that put…