Ferguson, MO had the opportunity to enjoy a quiet night last night. Relatively quiet that is, if you don’t count the plastic and glass bottles (some with urine in them) that were thrown, the three handguns seized and the 47 people who were arrested. Barring that, it was a mostly peaceful night. And I’m sure that many of the citizens of Ferguson were relieved.

However, there is still a long ways to go before this entire situation resolves itself. The protests may be losing steam, but it is evident that it will be some time before they stop altogether. Outside agitators such as the New Black Panthers are being requested to leave town, the investigation continues, the 3rd autopsy hasn’t taken place, the forensic pathologist who worked on the private autopsy of Brown isn’t a forensic pathologist at all, and a grand jury just met for the first time today.

Yet people are still rushing to judge that which they do not know. Chief among those who are speaking and making determinations without all the facts is Missouri Governor Jay Nixon. On Tuesday evening, he called for a full a vigorous prosecution. Yes, you read that correctly.  A sitting governor is pushing for a full prosecution of Officer Darren Wilson.

Governor Jay Nixon, a former prosecutor himself, wants a case prosecuted right now.  Little difficult to do so when the investigators themselves are still gathering the facts!  Furthermore, the grand jury didn’t convene until this morning, and it is very possible that the grand jury will run until October of this year.  Thus they are nowhere near able to make a determination on the case. But never you mind, Governor Nixon, a former prosecutor doesn’t care about Missouri’s grand jury process, the steps a grand jury has to follow, and its highly evident that he wants to throw everything that he learned as a prosecutor out the window. Lets prosecute and the facts can sort themselves out later.

‘It’s really heartbreaking to see a man elected to an office that high in our state government … come out with a statement like that, that does prejudge the case.
‘It would be wrong for a prosecutor to say what the governor has said here tonight and it’s wrong for the governor of Missouri to have said it.’

Will Governor Nixon address statements made by looters such as DeAndre Smith?  Smith proudly states:

“I’m proud of us. We deserve this, and this is what’s supposed to happen when there’s injustice in your community. St. Louis — not going to take this anymore.”

In all honesty it is all too much for him. You see the Governor, who was AWOL the first few days of this debacle, wants this to be done so he can go back to looking Governorish. It doesn’t matter that investigations take time. It doesn’t matter that all the facts of the case aren’t available. It doesn’t matter that he, as a former prosecutor should be very the first one to step waaayyyy back, in fact stay completely neutral, and let the process work the way it is supposed to. No, that cannot happen. What we must do is crazily throw bias into the case because in Governor Nixon’s view investigations aren’t necessary, and the facts need not apply.

Fact of the matter is, Governor Jay Nixon DID call for a vigorous prosecution of the case. A move that was widely noticed in legal circles.

Peter Joy, director of the Washington University School of Law’s Criminal Justice Clinic, tells U.S. News it’s highly unusual for an elected official to demand an individual’s prosecution.
“Every once in a while a mayor does it or a governor does it, but it is very unusual, because then you have someone interjecting themselves into what should be the work of the criminal justice system,” Joy says.

Joy speculated ahead of the clarification from Nixon’s office that the governor would say he was misunderstood.

As this is written, the Governor’s office is hard at work trying to re-craft his statement into something less…vigorous.

“The governor’s comments yesterday were not intended to indicate prejudgment in this matter,” said Nixon press secretary Scott Holste in an emailed statement.

Rather, he says, “The governor used the term ‘prosecution’ to refer to all duties and responsibilities of the prosecuting attorney, including the exercise of prosecutorial discretion; whether and what evidence to present to the grand jury; the filing of criminal charges if supported by the evidence; representing the state if charges are brought; and ultimately ensuring that justice is served.”

Does Governor Jay Nixon want to wait for the case to be thoroughly investigated and the true facts to come to light?  Compare his video to all subsequent actions and you decide. 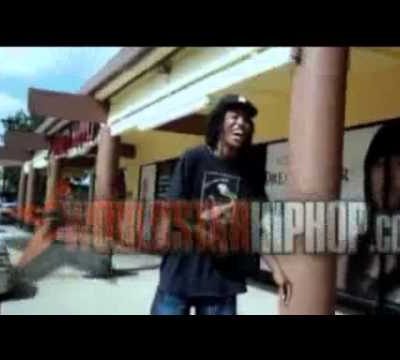 Dear Ferguson rioters, demonstrators, and media hypocrites: You might consider doing some hard thinking about what really caused the riots. Because it’s not the death of Michael…