Today, our 41st President George H. W. Bush turns 93 years of age. Fox News has a fun article – “George HW Bush turns 93: Fun facts about the former president”. There are few members of the “Greatest Generation” left to celebrate. Of the Greatest Generation, George Herbert Walker Bush is one of the greatest.

My friends and I have a saying that we use when our male partners (men, that is) do the things that we cannot or don’t want to do. “Manly men doing manly things in a manly fashion.” It’s silly, I know, and will probably trigger a few feminists. We are proud of our manly men. Darn proud, if you don’t mind.

I thought about this today when I looked at the picture that Victory Girls’ own Deanna used in her article about the media ballyhoo over Barron Trump in his “The Expert” t shirt. I know that gangly, awkward boy. My son (Cap’n Jack, US Army) used to be one. My husband used to be one. My late father, Sergeant Al Holt, USMC, was also at one time a gangly awkward boy. The media is so feminized that they cannot look at that boy and feel empathy. I daresay that his father, our 45th President Donald J. Trump is a “manly man doing manly things in a manly fashion”. That’s probably what triggered that eunuch former FBI Director James Comey.

And some political people do lie all the time, and step over their friend to achieve the objective themselves. But I’m one who believes that one’s word of honor is about one of the most fundamentally important things there is.

END_OF_DOCUMENT_TOKEN_TO_BE_REPLACED 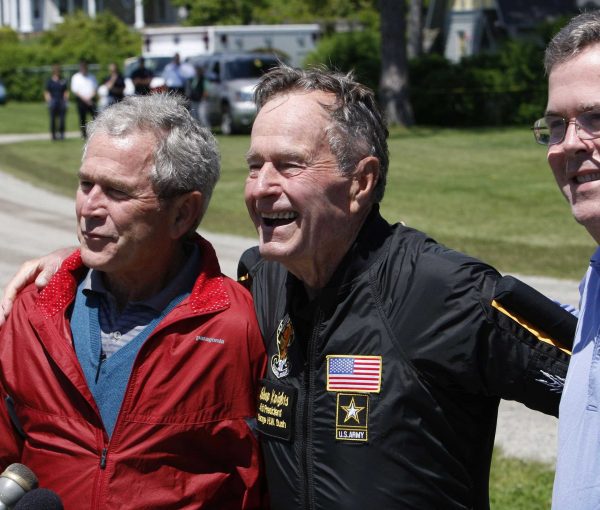 Jeb Bush appears to be breaking out the big guns this weekend in order to save his flagging presidential campaign. On Sunday and Monday, Bush will be…