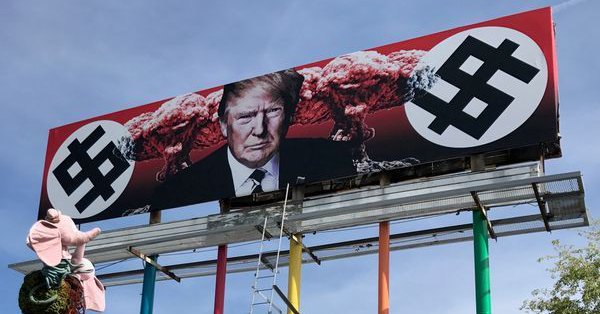 You’ll be met with an image of President Trump if you drive down Grand Avenue in Phoenix. He’s glaring down from a billboard, and he’s not just giving you the stink eye. His image is flanked by nuclear mushroom clouds and dollar signs that vaguely resemble swastikas.

The billboard went up Friday to coincide with the start of Phoenix’s “Art Detour” festival. But it won’t be going away after the event ends. Beatrice Moore, the billboard’s owner and self-described “patron of the arts,” announced that it will be adorning the avenue for the entirety of Trump’s administration.

Many people are upset about this contribution to the Phoenix art scene, including a woman who formerly lived under Communist rule.

Now the artist is quick to report that she’s getting death threats.

END_OF_DOCUMENT_TOKEN_TO_BE_REPLACED 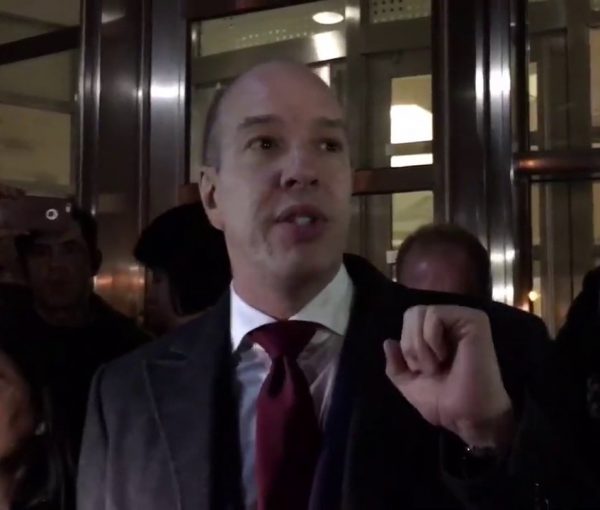 And here comes Hollywood with its glamorous outfits on the red carpet, decked out in… blue ribbons. So… what is the cause célèbre this time? A blue…

END_OF_DOCUMENT_TOKEN_TO_BE_REPLACED 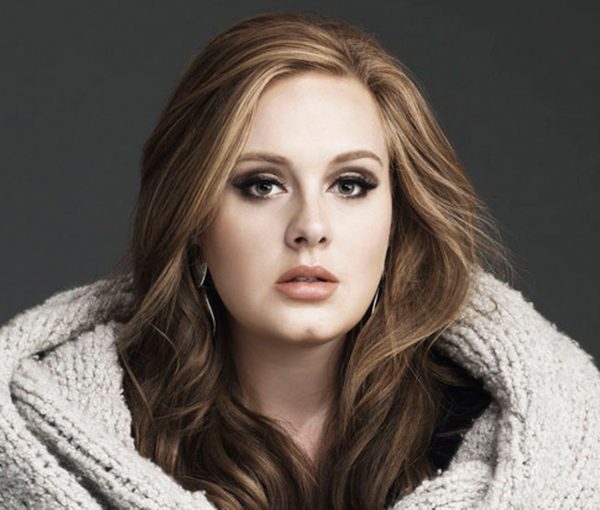 Change.org is at it again. This time they’re calling out Adele, for selling 38.5 million copies of her Album “25” and for having “talent.” Seriously. Instead, Rihanna…