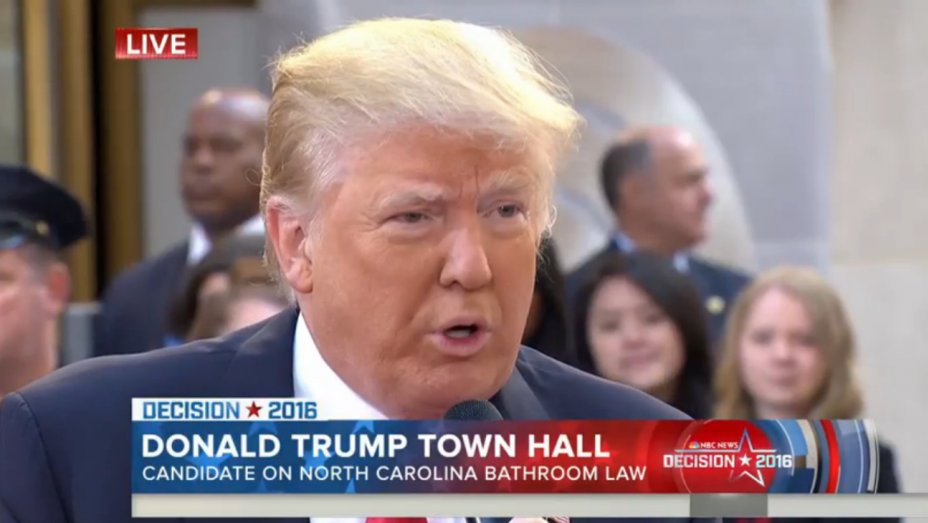 First it was sticking his nose into state’s rights on which restroom transsexuals (and opportunists) should use. Then it was a list of exceptions on his less than “very pro life” stance he says he’ll impose upon the party. And now he’s walking back the amount of time he’ll need to pay off the nation’s debt. Does this man hold any core positions that are not “evolving” in one form or another depending upon which day he’s asked? Is it any wonder Todd Starnes over at Fox News—aka the media arm of the Trump campaign—penned a scathing article laying out precisely why Mr. Trump is no conservative? Let’s take a look at his latest progressive positions. Just this week:

On eliminating the national debt:

“You have said you plan to pay off the country’s debt in 10 years. How is that possible?” a reporter for Fortune Magazine asked the Republican presidential front-runner in an interview published Friday.

“No, I didn’t say 10 years,” Trump said. He then suggested that instead of paying it all off, he would pay off an unspecified “percentage” of the national debt as president.

I like aggressive. Particularly when it’s my child’s future we’re talking about. Is he suggesting we should pile on more debt? Is he suggesting we not make the debt a priority? Is he saying we can’t cut irresponsible spending and rebuild our military at the same time? As with every one of his positions, I have no idea. Still, to be fair, he’s correct. He’s just playing a game of semantics. Just weeks ago, he said he’d crush the mountain of debt in a mere eight years, the inference being he’d require a second term to complete that monumental task. So, technically, he’s right. He didn’t say he’d complete the feat in ten years; he cited two sets of four. How Clintonian of him. “Is is,” or something. Or maybe he’s realized it’s all horse pucky.