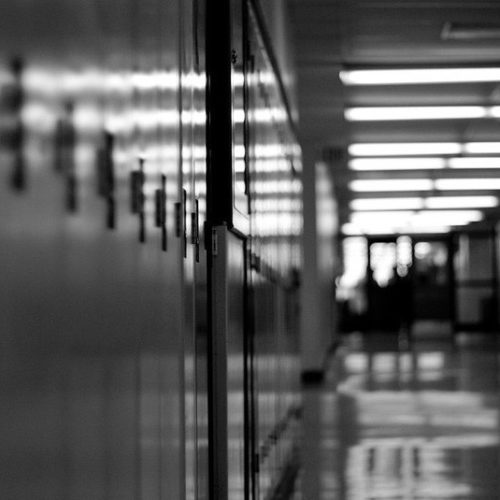 Some high school students did not return home after their day in a suburb of Detroit yesterday. What does CNN want you to know? That Joe Biden’s heart goes out to those families.

Police said the three slain students at Oxford High School were a 16-year-old boy, and two girls, 14 and 17. Two of the other victims were in surgery Tuesday evening, and the other six were at hospitals in stable condition.

I was informed after the tour. I learned about a school shooting in Michigan. As we learn the full details my heart goes out to the families enduring the unimaginable grief of losing a loved one.”-Joe Biden

You gotta know that whole community has to be just in a state of shock right now.”-Joe Biden

Leave it to CNN to attempt to paint Joe Biden as an in-tune up-to-date, compassionate President whose “heart goes out” to family members after the tragic events.

According to this, the suspect, who surrendered, was bullied. The community is rallying behind its grieving members but, of course, news media has to news media:

As the nation’s latest mass shooting draws national media attention, it puts questions of what to do about guns and renews political debates about gun control, violence and school safety.”-The Detroit Free Press

And, of course, there’s this hot take from Tariq Nasheed:

The “Rittenhouse Effect”, he says. Back to Joe because quite honestly, we don’t want to let the bumbling idiot in The White House have a pass. Not today. satan!

His heart “goes out to families”? Did his “heart go out” to families way back in March of 2020 when we all went on lockdown? When students were pulled out of school and parents were forced to stay home because they were told by their employers that there was no way, no how, they were able to pay them to work? Did the Democrats give a rat’s ass then? What about pandemic lockdowns and the increased risk of teen suicides? Any hearts go out about this? Did Joe Biden’s “heart go out” to the parents of Spencer Smith? Don’t know who Spencer Smith is, Joe? He was a high-school sophomore who loved football and teasing his sisters. That was, until his parents found him dead one December morning because remote learning and lockdowns all got to be too much.

The pandemic uniquely impacted adolescents. Social isolation, constant uncertainty, stress, and fear have plagued their lives. According to the CDC, teenage emergency room visits for suicide attempts increased significantly during the pandemic, with a 50% rise in cases in females and almost 4% increase in males.”-Taylor Rosenbaum, M.D., pediatrics resident with Baylor College of Medicine and Texas Children’s Hospital

Let’s compound these increasing and alarming stats with the fact that students in some states (Michigan being one of them) did not return to the physical classroom last year until we were well into the school year. Some students remained on remote learning models until the turn of 2021. Tell me, what did this do to students academically, emotionally and socially? Is there a correlation of increased violence in our schools because of these lockdowns and because of the increasingly tense political discord that the Democrats have drummed up? It should come as no shock to anyone that some students come to the classroom packing heat these days. Some are angry at the world.

School violence has risen to levels that we haven’t seen quite frankly. I don’t think it took a genius to see this coming.-Mo Canady, executive director of the National Association of School Resource Officers.“

Nope. But the “genius” and his DOCTOR wife (who, apparently, has degrees upon degrees in education) in The White House seem to think all is better when The President tells family members of the deceased that his “heart” is “going out”.

Did Joe Biden’s “heart go out” when we pulled out of Afghanistan and left people behind there? Ahhh, yes. Biden did mourn those lost when that nut job Darrell Brooks barreled a vehicle into innocent parade-goers and participants (some of them children). He condemned the attack, even. Then, he hopped on a jet to Nantucket.

You know whats worse than saying nothing
Speaking disingenuous words

Oh, but they sure sound good, don’t they? And, when you know you have an adoring bunch of media lackeys, you’ll throw around those condolences like confetti.

The left will continue to spin this as a “gun laws” issue. When clearly, this is not a “gun laws” issue. This is a moral issue. This is an issue of decay within a family unit and within the educational system. This is not “The Rittenhouse Effect”. This is not the NRA. This is our administration. This is the result of those who support our administration. And even though Joe Biden is just a senile, old puppet on a string, he is the holder of the highest office in our nation and he should not get a pass.