She Was Executed For Killing Her Rapist: What Reyhaneh Represents

She Was Executed For Killing Her Rapist: What Reyhaneh Represents

by Ericka Andersen in Headlines 6 Comments 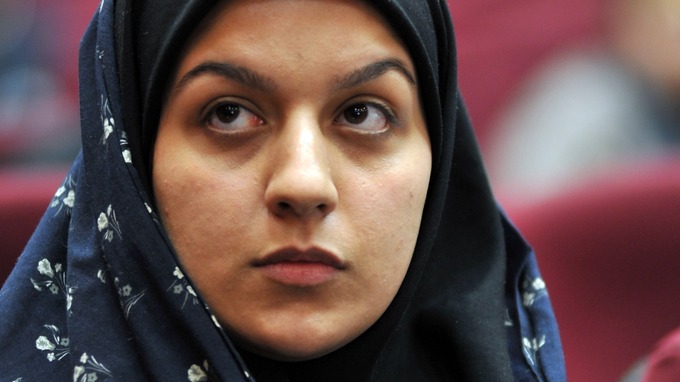 A 26-year-old woman was executed in Iran this weekend. Her crime? Killing the man who raped her. Self-defense means nothing in Iran, especially if you are a woman. Reyhaneh Jabbari has been on death row for 5 years and the United Nations says she did not get a fair trial. Amnesty International says the trial was “flawed” and many drew attention to the execution — hoping to spare her life.

Their efforts were in vain and I was saddened to learn of her death this morning. Every time I hear a story like this, I think about how fortunate I am to live in a country where we have the luxury of complaining about things like women being called “bossy” or a business providing ONLY 16 kinds of birth control coverage under their insurance plan.

This woman just wanted to be able to defend herself from being raped. Instead, she was hanged, without a fair trial.

And this is no isolated incident in parts of the world that don’t respect or even treat women as human beings. In Somalia, a 13-year-old girl was stoned to death because she was raped. If Afghanistan, a 10-year-old girl was slated for an “honor killing” after being raped.

The stories are endless and they happen to this day. If the feminists in the U.S. spent their energy fighting for authentic women’s rights worldwide, they wouldn’t have time fight for more women to be able to kill their  babies — the main agenda item for the feminist Left. Chinese women are weeping over the babies they are forced to kill while American women are looking for easier ways to do so. And somehow, they can’t see the the irony.

The audacity of the feminist agenda in this country is appalling. Calling attention to Jabbari’s murder makes that even more clear.

Before she died, Jabbari wrote a long letter to her mother. She was clearly a very strong-minded, principled woman who felt that she would have been killed by her attacker that night — or at a later time — if she had not killed him. She wrote to her mother:

However, with that cursed blow the story changed. My body was not thrown aside, but into the grave of Evin Prison and its solitary wards, and now the grave-like prison of Shahr-e Ray. But give in to the fate and don’t complain. You know better that death is not the end of life.

Don’t those sound like the words of a strong woman? The kind of woman who would kill someone trying to rape her, someone she thought might kill her first? She had every right to defend herself and now she’s gone. But she represents so many other women without a voice.