Previous post
#SCOTUS: Justice Scalia Smacks Down the Majority in his Dissent

Next post
Barack Obama to LGBT Pride Reception Heckler: "Be Quiet or Be Taken Out."

32 Million and Counting. No…that’s not the name of a new reality show. It IS a reality that far too many Americans are now facing…all thanks to the Office of Personnel Management (OPM) who either doesn’t know or has ever cared about information and system security. 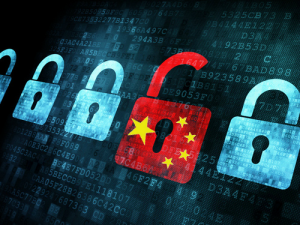 Did you notice anything about her answers in that 6 minute video? I thought you might. Her entire demeanor was that of a 5 year old shrugging his shoulders when asked why he took apart the vacuum cleaner and saying in a whiny voice… “I don’t knowwwwwww.”

Well guess what? That’s small comfort to the 32 million PLUS Americans who are now wondering exactly how much the Chinese and potentially Russian hackers know about their lives, families, and friends. The Hill’s Corey Bennett has more:

Administration officials have acknowledged two breaches at the OPM.

The second breach, announced a week after the first, targeted security clearance files and has become a point of contention between administration officials and lawmakers.

The intrusion has reportedly exposed up to 18 million people’s information contained in deeply personal background investigation files. That approximation was based on an FBI calculation made in early June.

Archuleta on Wednesday cautioned that this estimate was “a preliminary, unverified and approximate number of unique Social Security numbers in the background investigation data.” It does not include those people who had other types of sensitive data in background check files, she added.

Oh I’m reassured, aren’t you? I mean really, we’re only talking about an “approximate” number of unique Social Security numbers that are at risk. Uhhh huhhh…I don’t know about you, but as a civilian, I’m asked for my SS# a LOT.  For those I know, including people in my own family who are active or retired military/government employees – their SS# IS their ID for everything. So yeah, the level of confidence in her statements is in the basement and rapidly approaching tunnel status.

But that’s not all!  During the questioning she admitted that it wasn’t her scope to personally meet with the FBI on this matter, and they’ve known for years that this could happen.  Ummmm, a massive data hack/breach on the entire agency you run and you don’t think its important enough to be front and center on trying to fix this mess?? In fact, the OPM’s own Inspector General admits that current “fixes” are destined to fail. Not only that, but when the FBI confirmed TO the OPM that security clearances had been compromised, Kathy and her OPM minions went into the land of denial. And people wonder why she still has a job….

Last week Deanna asked why we aren’t angrier about the the mess we are facing from this OPM data hack?  Good question.  The answer is – we should be angry. Remember, the number of those whose information is at risk is now at 32 million PLUS and counting.  Make no mistake, there are quite a few people, experts in the field of IT and Secrity who are worried sick about the ramifications of this for people on personal and national security levels. Many of those spoke with Fox News about their concerns.  They were blunt in stating that situation we find ourselves in is “shameful,” is part of a much broader campaign to undermine our country, and warn that it could take at least two years to truly understand how serious this situation is.

The group unanimously faulted the administration for failing to hold any officials accountable for the ongoing cyber-security lapses; appointing unqualified personnel—one expert called them “hacks”–to some sensitive posts; failing to provide adequate training to government employees on cybersecurity issues; and failing to insist on tough “standards of implementation” to make sure longstanding security deficiencies are solved.

Meanwhile as Kathy is busy doing the “I don’t knowwww” dance, James Clapper the Director of National Intelligence had a slightly different take on the matter. At a GEOInt symposium today he stated that the Chinese are indeed the leading suspect for this hack and oddly praised them for their work. I don’t want them praised. I don’t want a quick PR style 30 day “cyber security sprint” , nor do those affected need any ad-hoc credit counseling. Nope, I’d rather that everyone from Directors on down roll up their sleeves and get to work shutting these guys down and FAST.  After that I would strongly suggest immediate adoption of most, if not all the recommendations put forth here by noted cyber security and system experts.

Make no mistake, what has happened isn’t a “War Games” movie. This is a concentrated effort by many people to get in and undermine our country, our security, and our lives from within. Right now they are succeeding and we are waaay behind the eight-ball.