The headline is quite shocking.

The groups Moms Demand Action and Mayors Against Illegal Guns recently released a joint study that analyzed the school shootings since the Sandy Hook massacre of December 2012.  The headline proclaimed loudly that there have been “44 school shootings since Sandy Hook” and then, after grabbing attention with the headline, buried the details down at the bottom of the story.  Guns.com did their own breakdown of the data as well, which can be read here.

The problem with the “44 school shootings” headline is that it includes both K-12 schools and colleges and universities.  Here is the list, put out by the two groups.  Out of the list of 44, 16 of them involve colleges or universities. 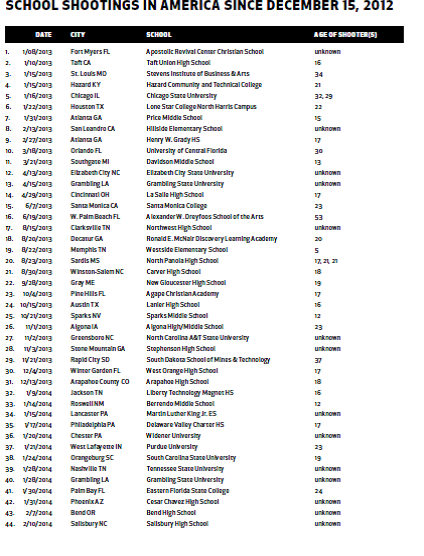 The problem with including colleges and universities on this list is that, generally, these are adults, not children, on an open campus.  It’s not a K-12 setting with minor children.  Yes, it is a school, and  there was a shooting.  So yes, it fits that criteria.  But I’m pretty sure that it’s not what people think of when they hear “school shooting.”

Another problem with those numbers is that the 44 shootings also include suicides, accidental discharges, and gang violence at school events.  The Guns.com article breaks down several of those cases.  And notice that the list above does not cover injuries or fatalities.  In the case of the accidental discharge at Westside Elementary School in Memphis, TN (#19 on the list), a 5 year old had a loaded gun in his backpack and it discharged.  There were no injuries.  Two adults were later indicted for leaving the gun out where a 5 year old could obtain it.  Yes, the situation could have been much worse.  But to include it on a list of “school shootings” is dubious at best, statistical manipulation at worst.

And yet, an attention-grabbing headline like this is meant to shock.  It’s meant to get people riled up.  It’s meant to push for more anti-gun legislation – never mind that it is already illegal to take a gun onto a K-12 campus (which never seems to stop people).  And those anti-gun measures never seem to stop illegal gun crime.

The lesson here?   “There are three kinds of lies: lies, damned lies, and statistics.”  Always check the story behind those facts. 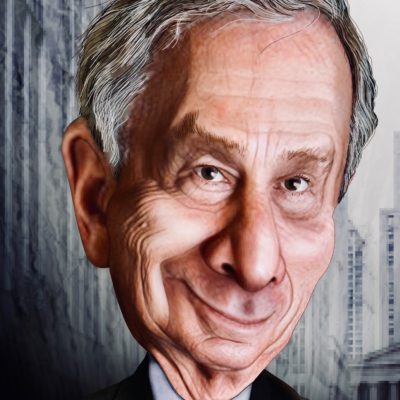