Roundup Time: When Will The Left’s Day of Reckoning Arrive? 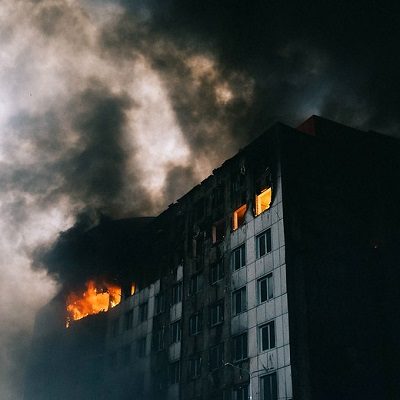 Next post
Russia Declares Cease Fire; It's a Guaranteed Lie

Roundup Time: When Will The Left’s Day of Reckoning Arrive?

While resident Biden was snuggly bunkered in Delaware this past weekend, gas prices leaped 20-50 cents or more per gallon. Store shelves are emptying again, Putin is still shelling residential neighborhoods in Ukraine, and it appears that, shockingly, Ivermectin worked as indicated two years ago.

Will we actually hold these people accountable, say, starting with November’s election? Or will the usual eGOP squishes reign supreme?

There have been doctors giving “horse paste” from the beginning and trying to report their own observations … only to be deplatformed, mocked, censored and even had their medical licenses threatened. Now this.

Conclusion
Ivermectin use was associated with decreased mortality in patients with COVID-19 compared to remdesivir. To our knowledge, this is the largest association study of patients with COVID-19, mortality and ivermectin. Further double-blinded placebo-controlled RCTs with large samples are required for definite conclusion. In the future, if more publications are published with the similar result to the current analyses, the certainty of evidence will increase.

If you want to see real hostility against women, the TRAs and Woke Leftists out to promote The Best Woman for the Job is a Man schtick time after time, just take another gander of the fluffing of Cheater Thomas by Sports Illustrated.

To critics, Thomas had this to say: “The very simple answer is that I’m not a man.”

“I’m a woman, so I belong on the women’s team. Trans people deserve that same respect every other athlete gets.”

This is a male who is not only taking titles and records away from women, but getting his jollies walking naked around them and exposing his male genitalia (geez, where have we seen this before?). Now he is intent on wiping out women’s Olympic records, too.

She (sic) has an outside chance to break longstanding collegiate records held by Katie Ledecky and Missy Franklin, two of the most beloved American Olympians of this century. Thomas says she (sic) has ambitions to compete beyond college, which could set her (sic) on a course to be Ledecky’s teammate at the 2024 Games in Paris—and perhaps challenge Ledecky’s Olympic records.

This is insane. This is misogynist. This is not a right-wing obsession unless these Wokestanians now count Women’s Rights as “rightwing”.

KAMALA: "We have the ability to see what can be, unburdened by what has been. And then to make the possible actually happen." pic.twitter.com/npI1uVzg7J

While resident Biden’s HHS threatens Texas over its law against the physical maiming of children done in the name of Transgender cultism, it appears much of the SCIENCE!!! patina tossed over the subject is little more than about the Benjamins.

A March 2021 National Institute for Health and Care Excellence comprehensive review of nine studies failed to find evidence that hormonal therapy and puberty blockers were helpful.

Left cultism in the boardroom — Pizza Hut after your kids

Lousy pizza isn’t enough for the Woke. The charitable work they do is about poisoning your kid’s brain as well as their body.

The Pizza Hut Foundation is hard at work teaching students that America is racist and white people suck.

The training materials intended for use in the classroom want teachers to ask 10-year-olds, “How often have you thought about your race in the last 24 hours?” (snip)

The Empowering Educators Toolbox presented by the Pizza Hut Foundation urges teachers to tell their students that everyone is defined by race, that “everyone has a racial identity”, and that race defines American life. Forget MLK, the stale pizza franchise chain wants your kids to believe that they’re defined by their skin color, not the content of their character.

When will Republican politicians take their bellies off the ground and actually vote for real school choice?

Time to crap or get off the pot, guys.

And until next time … as we say here at Victory Girls: