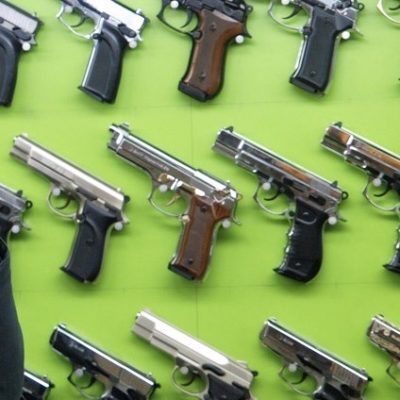 Gun Grabbers face an uphill battle after June posts record firearms sales. Seven months of trials, tribulations, and tyranny have created a shifting population of first time gun owners. This is awesome news and chips away at the narratives pushed by anti-gun groups.

June is a booming month for firearms!

If you have been working on adding to your collection, as I have, you know this is a tough time to be particular about purchasing a specific firearm. I’m both thrilled and annoyed that first time gun owners are impacting my selection options. The swelling numbers indicate that under the veneer of platitudes and BS marketing by anti-gun groups, Americans still believe in their 2A rights.

Shifting the narrative of gun ownership

Every new gun owner helps to break down the stereotype of  “who” owns firearms. Especially when those legal owners are black Americans, a group with strong sway in the Democrat party. An invigorated block of pro 2A Democrats can create subtle shifts within a party that is dreaming of banning firearms. They can be advocates for positive change, and highlight the diversity of gun owners.

The National African American Gun Association (NAAGA) is a recent addition to the 2A line-up with a mission to,

Education. Training. Safety. Self Defense. Advocacy. For and By African Americans.”

Similar to the NRA, both organizations have a shared approach to firearms. NAAGA states its goal is to,

… have every African American introduced to firearm use for home protection, competitive shooting, and outdoor recreational activities. We are a pro 2nd amendment organization focused on the preservation of our community through armed protection and community building.

Organizations like this and continued advocacy by 2A supporters like Colion Noir are positive examples mainstreaming black Americans owning firearms.

The funny thing about statistics is that they are compiled after the data is collected. Data is collected after an event takes place. If you are included in crime stats, you’ve already been through a harrowing ordeal. But the data cited by anti-2A groups lends credibility to their argument about how a gun isn’t necessary for protection, and actually increase the risk of death or injury. The Trace writes,

Fear is a powerful motivator, and the impulse for self-protection is fierce among us all, right now. But impulses and feelings aren’t always borne out by science, and the research on guns points to one conclusion. The more guns we have, and the closer we keep them to us, the more danger we will be in during this pandemic.”

Yes, fear is a powerful motivator. Especially when your city is on fire and being looted by armed thugs. It’s no wonder people are taking responsibility for their own safety.

The outcry to “Defund the Police!”, is a canary in the coal-mine. Most people (NOT you AOC) understand that defunding the police, means fewer police officers. Fewer officers means longer response times when things go sideways. In some cases, there may be NO police response because elected officials have voted to disband the department.

For example in Minneapolis, Minn. MPRNEWS shares residents concerns about this course of action,

Whether you agree or disagree with that, that’s OK. But here is the issue I have: There is no plan,” Spann told the crowd to a round of applause. “We know we need change. But you not going to leave me unprotected in the streets, in the bus, in my house.”

People who share Ms. Spann’s concerns are taking matters into their own hands.

The veil of lies is dropping

“Gunshot loophole”, “easier to buy a gun than alcohol”, and the ever ominous “common sense gun laws” are the favored wails of gun grabbers. Only, it’s not accurate.

At the beginning of this crazy, I wrote about the shock to California residents when they experienced the reality of buying a gun, and the hurdles marketed as “common sense laws.”

The new gun owners, and black Democrat gun owners, will help chip away at the attack narratives directed at 2A. There isn’t much “light in the darkness” right now, but these numbers are a pinpoint through the haze.