Next post
Fauci Plays Reverse Card On Vaccines And Spread 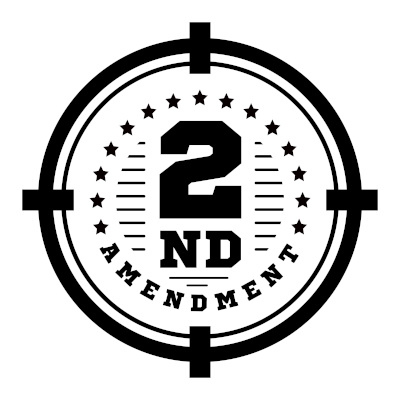 It comes as no surprise that the Democrats are once again attempting to limit our rights under the 2nd Amendment. We’ve watched them erode the amendment for years. Rarely, however, have we seen a piece of proposed legislation that presents as much danger not only to the Amendment itself but to each gun owner in the nation as is present in the current proposal to create a PUBLIC registry of gun owners.

Think about that. The Democrats, the so-called party of the people want to create a public registry that anyone can access listing who owns a gun. You know as well as I do that registry will also include identifiers like the type of gun or guns owned by John Q. Citizen, where those guns are stored, and quite possibly other important information like date of birth, driver’s license number and who knows what else.

Kevin Hassett, president of the Retired Police Association of the State of New York, states such a law is a “gross intrusion on your rights and your protections.” If anything, he’s not stressing the danger strongly enough. Those who obey the laws and who are responsible gun owners go to licensed dealers for their weapons and ammo. But what about those who don’t want to follow the law about waiting periods or those who want a gun for nefarious reasons? This public registry would basically act as the weekly flyer, telling them where to “shop” for their weapon of choice. That’s especially true of the registry includes the type of weapon registered by John Q. Citizen.

But Hassett points out something else I’m sure the Dems would prefer us not to think about too much. Calling the proposed legislation anti-police, he makes this important observation:

Three very important questions, questions that aren’t answered by the wording of the proposed legislation and certainly not by Rep. Sheila Jackson Lee, the author of the bill. Not that anyone from Texas, her home state, are surprised by her silence on these concerns. She’s notorious for trying to limit our rights under the 2nd Amendment but this is going too far, even from her.

If I were a cop, I’d stand firmly against this legislation. Every day, good cops walk out of their homes, intent on doing their best to protect the public and come home safely that night. Every day, someone vilifies them, hates them, targets them and this is done all too often with the tacit approval from the media and certain politicians. Now consider you’re a cop and your name and address, as well as the type and number of guns you own, is suddenly public record where every perp you ever busted can access it.

How long before a cop or their family is injured–or worse–as a result?

But it goes beyond that. Consider the woman who has been stalked or has escaped from an abusive relationship. That woman has done what she can to protect herself and, if applicable, her children. One of the things she’s done is learn to shoot, taken courses to become profficient with her weapon and now she has peace of mind, at least to a degree, that she is safe.

Except her name is now in a public database that her stalker or her abuser can search. They can see where she lives–so much for being able to safely disappear from their sphere–and see what sort of weapon she has to protect herself.

Can you say “bad idea”? Or how about “a death waiting to happen”?

And what happens if this legislation is passed and those states threatening to create Second Amendment Sanctuaries actually do so?

One thing that will happen is people will flock to those states because they can feel safe. Unfortunately, the Dems will continue to look for ways to not only further limit our rights under the 2nd Amendment but to punish those states for not falling into lockstep with the Democratic platform.

So much for our basic freedoms.

If–and that’s far from settled–but if we must have a registry of any sort, why not have an encrypted one? Here is one possibility if such a registry was created:

. . . a platform that can be deployed nationally while also being fully encrypted and decentralized. Rather than a consolidated federal repository, each county would control its residents’ firearm data. Yet officials anywhere in the country could still query the system, as they would a regular centralized database, for information about people or guns located elsewhere.

I don’t know about you, but this is a lot more palatable, not that that’s saying much, than what Jackson Lee proposed. It is still too much of an attack on the 2nd Amendment, but at least it isn’t public and it is a nationwide registry.

As Hassett noted, a registry probably won’t do a thing to curb gun violence. Not that the Dems or organizations like Giffords Law Center agree. In fact, Giffords puts this right at the top of their page on registration:

I don’t know what they were smoking when they wrote that, but I want some. How will it curb illegal gun activity? Gun owners who are likely to register a weapon aren’t going to go crusing the neighborhood firing at houses. Conversely, those who want a gun to conduct illegal activities aren’t very likely to go to a registered and licensed gun dealer for their guns and ammo. No, they’re going to use that public registry to find a gun to steal or they’ll by it off the street, etc.

Face it, this legislation, like every other piece before it, doesn’t have the aim of preventing gun violence or stopping illegal activities. Far from it. What it wants to is outlaw what is a cornerstone of our nation’s foundation.

Our forefathers knew what it was like to live under a ruler that believed the only good citizen was a subject firmly under the royal thumb. The Dems in Congress are doing their best imitations of that long dead monarch. Nancy Pelosi already acts like an empress, keeping the House out of the hallowed halls of the Capitol until time to make sure she is re-elected as Speaker of the House and she’s not the worst of them, not by far.

It is time to let your representatives know you do NOT support any kind of federal gun registry and certainly not one that is public. It is time to put the heat on the representatives and their counterparts in the Senate to make sure they know how much each of us value the 2nd Amendment. It is time to stand up, speak out and let our voices–and votes–be counted. Otherwise we might as well just post a sign in our front yard inviting theives and others inside to take our guns and use them on us or someone else.

Featured Image: Second Amendment to the US Constitution to permit possession of weapons. Vector illustration on white by Maxim P. Licensed through Adobe Stock.