Police Work Should Be Rethought Not Defunded 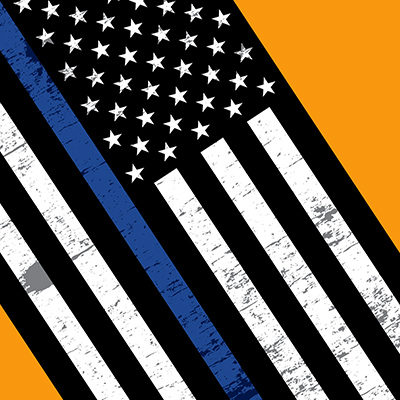 Next post
Not All Black Lives Matter - Especially if Blue

Police Work Should Be Rethought Not Defunded 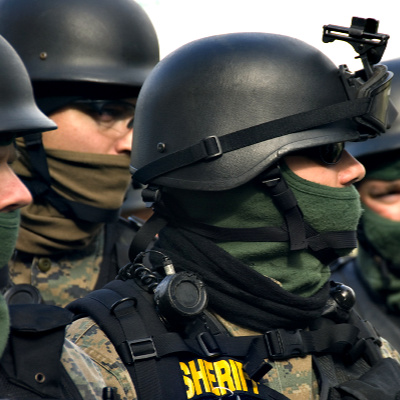 In the wake of the police murders of George Floyd and Breonna Taylor, there are calls from the angry. woke mob to defund the police. As Amanda wrote this morning, Republicans have tapped South Carolina Senator Tim Scott to offer reform ideas for law enforcement. Racism may be a problem, but certainly not the only problem. What are the biggest issues in police work today?

Although I have assiduously tried to avoid law enforcement interactions in my life, given my lead foot, that’s not possible. In these exchanges, I have met professional police, kind police, and power-mad, mental midgets. So far, knock wood and plead with the Sweet Baby Jesus, I have not been arrested or anymore than verbally abused. That’s probably the experience most Americans have. It was then with shock that I read a Market Watch article on the problems with police and the justice system today. Once again, we need to follow the money.

Our current crisis stems in part from the 1981 Military Cooperation with Law Enforcement Act, which authorized and incentivized the U.S. armed forces to train police in military tactics. The 1990 National Defense Authorization Act authorized the military to donate excess military equipment — armored vehicles, grenade launchers, M16s, helicopters and weaponized vehicles — to local law enforcement. Police departments received federal and other subsidies for accepting and deploying military equipment. At least $5.1 billion in military equipment has been transferred since 1997.

This made me think of the murder of Breonna Taylor. Executing a no-knock warrant, the officers used a battering ram to break down her apartment door. Miss Taylor’s boyfriend, a licensed gun owner, fired at the cops. That’s sure what I would do. Breonna Taylor was shot at least eight times. A woman sleeping in her own bed, in her own home, was murdered by militarized police. If that doesn’t scare you, think about Roger Stone and his FBI arrest.

Next, the “equitable sharing program” run through the Department of Justice means that law enforcement can confiscate “ill-gotten gains” for their own use. Again, from the article:

We authorize and pay police to steal from us for their own benefit. Police in Tehana, Texas, stole $3 million from innocent minority drivers between 2006 and 2008, until an ACLU lawsuit ended the practice.

Politicians happily enable this behavior. We voters reward politicians for being tough on crime, even when “tough on crime” in turn creates more crime. Although violent and non-violent crime have dropped greatly since 1994, surveys show voters continued to believe crime is increasing.

Think about anyone who is considered an undesirable or politically unpopular in your town. Yes, the police could confiscate money and possessions and that person would have to go through the court system to hope to get their possessions back.

I had heard about for-profit prisons, but, not knowing anything about the criminal justice system, I thought, “So what?”.

Again, from the Market Watch article:

Prisons are usually located in rural towns, where they serve as a source of employment for blighted white communities. These towns and their voters lobby states to build more prisons. The prison system is a workfare program employing poor, unskilled white people to guard poor black people.

The U.S. Census counts incarcerated persons as residents of town where they are imprisoned, not the town they lived in before incarceration. In Connecticut, this is responsible for creating nine (majority white) state representative districts that would not meet minimum population requirements but for their prison populations.

Areas not mentioned in the Market Watch article are candidate selection, psychological evaluation and training. The murderer of George Floyd may have known him from their club security work. The New York Post reports:

George Floyd and Derek Chauvin reportedly “bumped heads” while working security together at a nightclub years before their fatal encounter.

A one-time co-worker at El Nuevo Rodeo on Lake Street in south Minneapolis revealed the duo’s purported shaky history in an interview with CBS Evening News.

The tension, David Pinney told the outlet, “has a lot to do with Derek being extremely aggressive within the club with some of the patrons, which was an issue.”

Candidate selection and psychological evaluations may have saved George Floyd’s life, because his murderer clearly had issues. Ongoing training in deescalation techniques, avoiding different types of biases, and specific community issues is key. The police shouldn’t just be riding around in squad cars; they must be part of the community. Which leads me to Mike O’Meara, the New York State Police Benevolent Association President gave this off the cuff speech in defense of the police:

Most police officers are passionate professionals. They love their profession and see it as a calling. They want a safe community for their family and friends. Police come in every race, color and creed. Think about Corporal Ronal Signh, who was murdered just days after Christmas, 2018, by an illegal immigrant. Without the thin blue line, we will have chaos. We owe it to law enforcement to give them the best tools available to do their difficult jobs. We should not defund the police.