Next post
George Floyd Murdered By Police And Bystanders 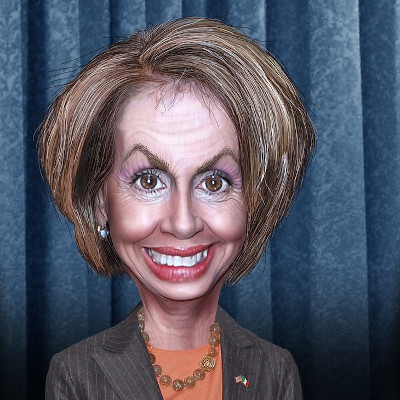 There was a time in this country when politicians at least tried to hide their desire for absolute rule. Maybe it was because they knew the media would castigate them. Maybe they feared voters actually going to the polls and kicking them out. But those times are long gone, as exemplified by House Majority Leader Nancy Pelosi and company with their “vote”–and I use that term loosely–to allow proxy voting in the House. Thankfully, there are Republicans in the House willing to stand up to Queen Nancy and take her attempt to bypass the Constitution and federal law to court.

In the beginning, there was one vote per representative. Then along came Covid-19. House Democrats, afraid someone might breathe on them, decided they couldn’t report to the jobs they were elected to. They wanted to bunker down in their homes instead of representing their constituents. Then good ole Nancy had an idea. The House was hers, after all, and she could make up rules to suit her. And thus proxy voting was born.

Funny, when you look at the vote, not a single Republican supported it. They had concerns about the legality of the issue. They reminded their Democrat counterparts that they had a job to do and that it didn’t include hiding away until a vaccine for Covid-19 was found. But Nancy had her way, thanks to holding the majority and thus proxy voting came to be for the House.

Fortunately for the American public, a number of Republican members of the House have had enough of Pelosi’s power grabbing tactics. From the start, they made their concerns about the new measure known. In fact, the Speaker (I’m surprised she hasn’t forced through a measure changing her title to Empress of the Free World) postponed the initial vote on the measure because of Republican opposition. It took more than a month for Pelosi to finally get enough of her own party to support the measure for it to pass.

So it shouldn’t come as a surprise to her that there are those are prepared to go to court to challenge her unprecedented and unnecessary attempt to undermine the democratic process our country has long valued. One vote, one representative.

Unless you have a proxy.

That’s the rule now under the Rule of Pelosi.

According to Fox News, 59 Democrats have submitted letters saying they will authorize proxies to vote for them. While they are cowering in their homes–or possibly their vacation homes–Republicans will be in Washington to conduct the business of running the country. Or, more accurately, of trying to prevent Pelosi and company from stealing the country from us.

Not a single Republican supported the measure as it passed earlier this month, arguing that the Constitution requires a quorum, or a majority, of lawmakers to be physically present in order to vote on measures, thus concluding that the proxy system is unconstitutional. Republicans also worry that the system concentrates too much power in the hands of only a few members.”

Not only is there no guarantee a proxy holder would vote the way the person giving them the proxy wants them to vote but it does give too few too much power. There is a reason the voting system for the House and Senate was set up the way it was. The potential for abuse of this system is as great, if not greater, than it is when it comes to mail-in voting. But what do you expect from a party that objects to people proving their ID before casting a vote?

And that is the crux of the matter, in my opinion. This proxy vote means your elected representative may or may not be casting a vote that should be in the best interest of the district he (or she) represents. They can hand that responsibility over to someone from another district or even another state. What favors will they trade to insure the vote is cast the way they want? What will they do when the proxy holder, for whatever reason, decides to vote differently from how your representative said?

Not that Pelosi and company are worried. Oh no. Queen Nancy had this to say about the upcoming law suit. After calling it a “sad stunt”, she said it is meant to”delay and obstruct urgently-needed action to meet the needs of American workers and families during the coronavirus crisis.”

I’d counter that with the simple fact that if the Republicans in the House are willing to leave their homes and come to DC to work and vote, the Dems should as well. Instead, they are proving themselves to be the cowards and the plotters we knew them to be. They want to huddle in their homes and send only a hand-picked few to DC. But those few, oh, they will hold power. By instituting the proxy system and making it easy for Dems to avoid going to DC, they avoid meeting with their counterparts on the other side of the aisle. By having votes in the hands of the loyal few to Pelosi, she prevents those who might waffle on her pet projects from actually siding with the Republicans.

There will be no accountability except to Pelosi and her henchmen.

And it will be another nail in the coffin of our freedom.

Not that Pelosi gives a damn.

The House made its will clear two weeks ago when it voted to implement remote voting by proxy and other necessary measures to ensure that Congress can continue to protect lives and livelihoods,” Pelosi continued. “The House’s position that remote voting by proxy during a pandemic is fully consistent with the Constitution is supported by expert legal analyses. Further, the Supreme Court made clear over a century ago that the Constitution empowers each chamber of Congress to set its own procedural rules.”

We need to get angry about this. We need to follow the lead of Republicans in the House.

We need to carefully follow the case as it winds its way through the courts. Pelosi may couch her attempts to undermine the foundation of our country as an attempt to “save lives” in this time of crisis, but don’t buy into it. This is nothing more than an overt power play, one designed to subvert not only the way the House votes but undermine the President. Do you really believe she’d be doing this under Obama or–gag–Clinton had she won the election?

It won’t be an easy fight in the courts. Historically, they have been reluctant to get involved in “internal House machinations.” Here’s hoping Lady Justice isn’t blind this time. At least not blind to the machinations of Pelosi and company. Even so, the responsibility will ultimately fall to each of us. We’ve seen how little love of this country Pelosi and others have. We have to turn out in November, no matter what obstacles they throw in our paths, and we have to tip the political scales and take back the House.

That, my friends, is our responsibility because if we don’t protect our republic, no one will. We have dedicated Representatives and Senators who share our love of our country. But unless we control both houses, unless we get people like Pelosi and Chuckie Schumer out of office, the danger persists. We have proxy votes today. What will they have in store for us tomorrow?