Next post
Revisit: My First Father’s Day Without Dad 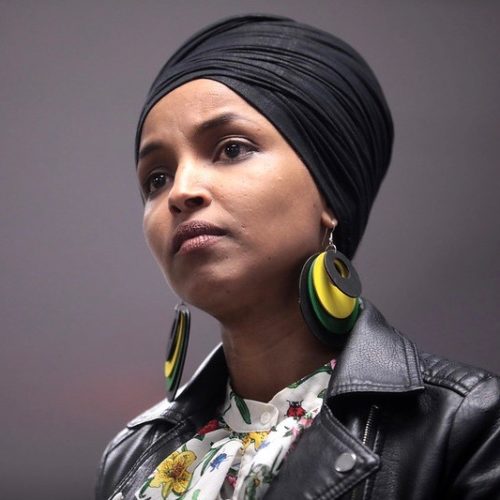 Leave it to Ilhan Omar to gaslight once again. This time, she’s spouting off on Critical Race Theory (CRT) curriculum. In the world according to Ilhan Omar, Republicans are driving the wedge.

Republicans love to create outrage over things that aren’t actually happening. People should be asking them, what elementary, middle and high school is teaching Critical Race Theory and why they are spinning false narratives.

Me thinks you project too much, Ilhan. Let’s change the narrative on this for a second. Democrats love to create outrage over things that aren’t actually happening. People should be asking them what elementary, middle and high school is teaching Critical Race Theory and why they are spinning false narratives. There, fixed it for you.

The CRT curriculum that ‘enlightened’ educators are regurgitating teaches our children hate – to hate each other and hate their country. In other words, students are being taught that they are defined by the color of their skin, not the content of their character. This neo-racist ideology should have no place in our public education system, especially in our nation’s capital.

CRT is one more step toward demonizing our great country. Success is achieved in America by people from all different backgrounds. This is what we should be teaching our children because it is the truth.”-Glenn Grothman

You may have heard rumblings in your school district regarding new “trainings” for staff members and new, umm, “curriculum”. You may have heard of school districts who have reshuffled classes and classroom structure based on “equity” and “inclusion”. Of course, equality and an opportunity to succeed is important. Of course, students should be included. But professional development courses for educators that involve book studies on Robin DiAngelo’s racket? I would be hard-pressed to say that this should be classified as a professional development course but it is. There are articles in publications subscribed to by educators and school administrators on how to move beyond “White Fragility”.

…Another thing that a predominantly white teaching force must understand is that there is a deep history of harm between the institution of education and people of color. We have not done right by children of color. When parents of color mistrust our school system, and mistrust our [white] teachers, [white people] have to see that mistrust as rational and having been earned, and that will change our response to it. [White] teachers must earn their trust, rather than demanding it.”-Robin DiAngelo

The only teacher/professor one should mistrust is one with the air of white superiority. Clearly, it is all over the place in Robin DiAngelo’s work. If this is truth, then explain this:

Not in schools, says Ilhan Omar. Not much. What say you about the Tigard-Tualatin School District just outside of (now sh*thole), Portland.

In a series of ‘antiracist resources’ provided to teachers, the Department of Equity and Inclusion includes a handful of strategies for this identity transformation, intended to ‘facilitate growth for white folks to become allies, and eventually accomplices, for anti-racist work.’ Couched in the language of professional development, the process assumes that whites are born ‘racist,’ even if they ‘don’t purposely or consciously act in a racist way.’ The first step in the training document is ‘contact,’ defined as confronting whites with ‘active racism or real-world experiences that highlight their whiteness.” The goal is to provoke an emotional rupture that brings the subject to the next step, “disintegration,” in which he or she feels intense “white guilt’ and ‘white shame,’ and admits: ‘I feel bad for being white.’ The training then outlines a process of moving white subjects from a state of ‘reintegration’ to ‘pseudo-independence’ to ‘immersion” to ‘autonomy.'”-Christopher Rufo

The only barriers being placed are the ones created by grifters such as Robin DiAngelo and these (racist) concepts stoke anger amongst individuals, which she and her followers miraculously turn around and label “White Fragility”.

Rufo discusses the pedagogy in detail in his review of Portland area schools entitled “The Child Soldiers of Portland“.

Nothing to see here, Ilhan Omar.

Accusations of “spirit murder“, deconstruction of classes by hierarchies of “power and privilege“, the “oppression matrix“, showing Kindergarteners a video of dead black children and telling them cops are bad, telling educators that babies are racist at 3-months old, the list goes on and on and on.

It’s true and it’s amazing that you lie so easily. They are trying to bring it into schools and good parents are fighting it.

For sure somebody, somewhere, is doing something, right? The argument most liberals on the side of CRT is that Republicans are racist and don’t want “their” country that was founded upon the barbaric principles of white supremacy, colonization and slavery taken away. In reality, those “somebodies” doing “something” are at the top of the food chain within our school districts. They are not the school board members but the academic officers and administrators that are driving the bus. What government officials have lost track of in all of this is the fact that the taxpayers are funding salaries and benefits of these executive educators and teachers in their districts and they deserve concrete answers to include an in-depth look at the CRT components that are being introduced at the students’ grade-level curriculum. Ilhan Omar is choosing her words again. It’s not CRT, it’s “curriculum”. In truth, hey will not call it or label it as Critical Race Theory. They will only call it “new curriculum” and become incensed when those who question it become skeptical. Hiding behind the words “new curriculum and training in the name of equity and inclusion” is not enough. Omar saying that CRT is not being taught in schools in for sure not enough.

After a year of lockdowns, uur kids are not even getting the basics and are now getting thrown platitudes by way of politically-motivated slogans thrown at them via posters in a classroom. In a silent manner, the teacher is bullying a would-be opposing student into silence from the moment he or she-or they or them-or-whatever– walks in. It’s either fall in line or be singled out. We now have a group of students who only see the color of one’s skin instead of the character of an individual and they make judgements from there. We currently have junior high students who do not understand the meaning behind Memorial Day much less know how to grasp a pen and write their full name on a sheet of paper but educators want to “revamp” the system?

CRT not in schools? I call BS.

Don’t worry, Johnny won’t be able to write his name or add 2 plus 2 but he will be the most racially sensitive and inclusive kid, like ever! He will cry in the corner about the social injustices of the world in his college dorm. Come and get us, oh enemies of The Land of The Free! Somebody do something to us! You caught me, Omar. Fear-mongering again.