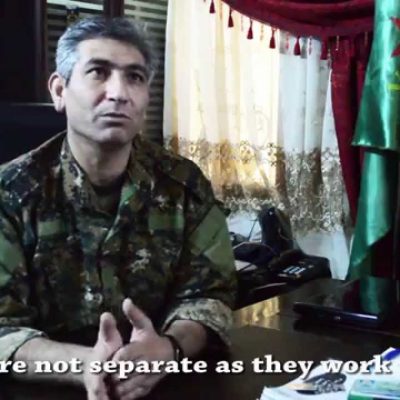 Next post
Dozens of Christians abducted by Islamic militants in Syria

The Old Gray (Communist) Lady never fails to disappoint does she?

“As Cuba opens the door wider to private enterprise, the gap between the haves and have-nots, and between whites and blacks, that the revolution sought to diminish is growing more evident.”

“That divide is expected to increase now that the United States is raising the amount of money that Americans can send to residents of the island to $8,000 a year from $2,000, as part of President Obama’s historic thaw with Cuba.”

This one of the many uncountable reasons why in 10 years newspapers will be gone. They even made sure to include the ever present by-line of “minorities and women hardest hit.”

I know that we could sit and debate Cuba and our weird obsession with them, but I suppose it never occurred to the NYT, liberal academia, and the other progressives, communists and fellow travelers that “The Revolution” accomplished exactly what it set out to do.

You see, when you set out to make everyone “equal” what you get is equality in misery.  “Equality” doesn’t mean that everyone gets to have Bill Gates income and Bill Clinton’s house.  “Equality” becomes a race to the bottom of who will produce and who will consume.  Consumers far outpace producers and Race is no longer a factor, as everyone was guaranteed a giant slice of the ever shrinking crappy pie that was Cuba in their march to “equality.”

And the NYT, which has the same economic acumen that the Castros have, thinks that income inequality has to do with skin tone and not personal effort.  We all know that isn’t true because basically, the formula that Castro had for the Revolution went: Step 1–Kill all the capitalists and take their land labor and capital.  Step 2–“Something” happens. Step 3–Everyone lives happily ever after.

And why is this an eternal truth of life?  Because, as Margaret Thatcher pointed out, the problem with Socialism is that soon enough you run out of other peoples money.

So yes, NYT, there is going to be “income inequality” because some of the Cubans who still have family in Cuba are going to send lots of money to their relatives because they came to a free country with a relatively free market and made some money for themselves.  Others aren’t going to get as much because their relatives maybe didn’t do so well.

But that “inequality” that you speak of is still going to come from the labors of others, regardless of race, so I guess the NYT still gets to be in support of income redistribution.  I say that the NYT should try out “equality” in the newsroom.  I think that all reporters should be paid what the mail room folks get paid.

Anyone else pay to watch that being announced in the next editorial meeting?

So while Cuba continues to languish in poverty, the liberal hand-wringing by the likes of Michael Moore is just going to become more shrill and funny as they try to explain why free markets (that they enjoy the fruits of) and freedom of thought and action (which they appreciate so much) is bad for everyone but them.

The NYT has no knowledge of the ability to sense the irony that capitalism is going to be what kills Castro.