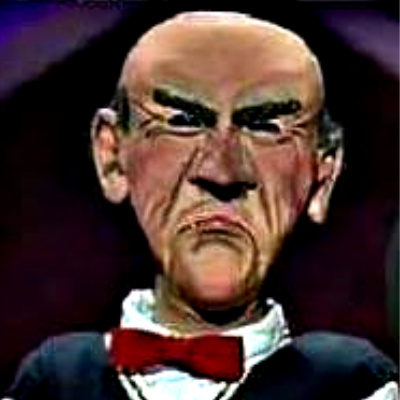 As they say, roll tape …

Reporter asking about Christopher Columbus statue in Baltimore: "Shouldn't that be done by a commission or the city council, not a mob in the middle of the night throwing it into a harbor?"

Speaker Nancy Pelosi: "People will do what they do." pic.twitter.com/mlSUDIBZRv

Are you processing what you just watched? Besides wondering what SanFranNan’s BAC is registering this morning. I mean, just look at that death grip Ms. Cryptkeeper has on the podium throughout her latest exercise in bafflegab.

Nancy tries (and fails) at a mic drop at the end with the cutesy line about “they are not worth it if they committed treason against the United State.” Let’s just review, shall we?

What treason did Cervantes, author of Don Quixote ever do to the United States? Or was he targeted because he was 16th Century Spaniard? You know, another White Supremacist.

How about abolitionists John Greenleaf Whittier and Hans Christian Heg? Abraham Lincoln who freed the slaves and U.S. Grant who won the Civil War and fought the KKK certainly aren’t immune to the “all about treason” iconoclasm.

We’ve even been subject to the worst kind of Left-fascist justifications in regards to Abraham Lincoln:

“Just because he was anti-slavery doesn’t mean he was pro-black,” [BSU president Nalah] McWhorter continued.

Even Frederick Douglas has been attacked.

As the list of iconoclasm goes on and on, it becomes clear that “treason” is not at all what motivates these barbarians. It is the hatred of American and Western ideals and principles.

Nothing will be allowed to remain to remind people of actual American history. That’s the insidiousness of Pelosi’s “let’s look forward” demand. Every day is to be day 0 in the new Left-fascist calendar. Even this is so yesterday …

WASHINGTONVILLE – Village police are asking the public for help in finding the vandals who cut down a flagpole at the center of a 9/11 memorial that honors five firefighters from the area who died in the World Trade Center collapse.

Why shouldn’t 9/11 memorials be wiped out? I mean, as Pelosi’s little sister Ilhan Omar has said about 9/11, it was just “that some people did something”.

Pelosi’s “people will do what they do” is Omar Part II.