Previous post
Seriously?? THIS is the New Obama Slogan? (Photo) 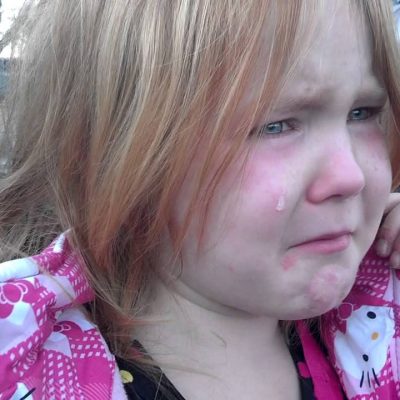 Uh, excuse me sir, but your bias is showing.

Since the East Coast was pummeled by Hurricane Sandy, Mitt Romney and Paul Ryan have called off campaigning. Instead, they turned their campaign event in Ohio into a storm relief drive, collecting clothing, flashlights, batteries, food, hygiene products, and more, as well as asking people to donate money to the American Red Cross to help the victims.

And how did MSNBC cover this generous event? By trashing Mitt Romney.

“I think that this is just another moment where you see the clear striking difference between a president who has a heart for the American people and someone who simply wants to be president of the United States,” said Mayor Reed.

“Indeed,” replied Bashir who then asked for Peterson’s input.

“All we’ve seen from Romney and from his surrogates is all kinds of politicizing and misdirection,” Peterson continued, “and I think the American people in this sort of disastrous moment can really see in bold relief the differences between President Obama and former Governor Romney.”

… About a half hour later, Bashir brought GQ’s Ana Marie Cox on to trash Romney’s event.

“I found that sort of fake, relief rally, whatever it is, to be pretty offensive, and also wrong-headed,” said Cox. She actually called Romney “craven” for doing it.

… This was followed by MSNBC contributor Karen Finney saying, “As a former governor, I would think that he would know that what the Red Cross needs in times like this is money and blood.”

… Beyond this, the Red Cross website has a section called “Smart Giving Tips for Disasters.” It does indeed address giving cash first, but doesn’t prohibit other kinds of donations.

According to the Washington Post, there were tables “piled high with flashlights, batteries, diapers, toothbrushes, mini-deodorants, fleece blankets, cereal, toilet paper and canned goods”. There were also two large TV screens asking people to also donate money to the Red Cross. If there was not screaming bias in the media, Romney and Ryan would be lauded for their generosity right now. Instead, they’re getting slammed for it.

How twisted does their reality have to be for that to make sense?

The most ludicrous part is that they claim that, unlike Mitt Romney with his piddling storm relief drive, Barack Obama’s the one who shows real compassion and caring. Yes, Obama… the guy who reacted to Hurricane Sandy by asking victims to operate phone banks during the storm. He’s the one with a full heart for the American people, the guy who couldn’t be bothered to cease campaigning during a hurricane and asked its victims to campaign for him rather than lift a finger to help them out.

It is appallingly clear that there is nothing that Mitt Romney can do right in the eyes of this biased media. If this isn’t a giant wake-up call to the American people on just how morally bankrupt the mainstream media is, then I don’t know what would be.