Meltdown on an Air Canada flight

Meltdown on an Air Canada flight 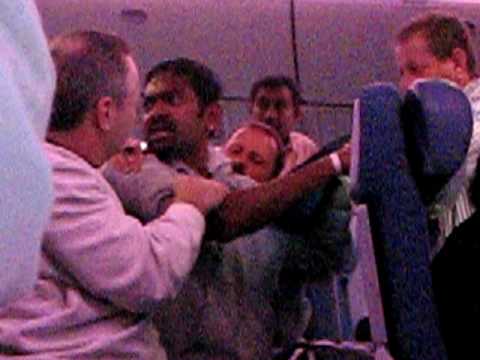 This video is making the rounds, and I honestly don’t know what to make of it. Some have suggested a panic attack, some have suggested drugs, and one of Michelle’s readers is swearing they spotted Michael Moore in the video (about halfway through, there’s a very large man who stops by). Whatever it is, something just doesn’t sit right with this. The other passengers seem to be showing a complete lack of concern for what is going on. Flight attendants seem to be paying little to no attention to the man, and it seems to be left up to passengers to restrain him. Air marshalls, perhaps? In any case, something doesn’t seem quite right.

The man cursed a lot, yelled out “Allahu Akhbar!” and screamed for them to shoot him repeatedly, saying he wasn’t afraid to die. The whole situation is very odd.