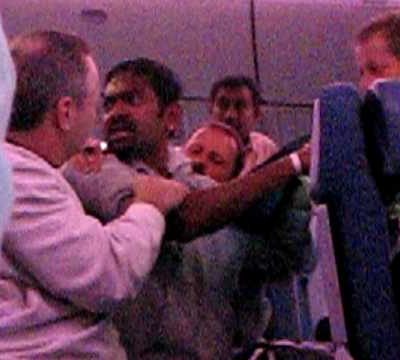 New Jersey, like a good liberal state, has decided that mercy is more important than justice, and has killed the death penalty.

The measure would spare eight men on the state’s death row, including Jesse Timmendequas, a sex offender convicted of murdering 7-year-old Megan Kanka in 1994. That case sparked a Megan’s Law, which requires law enforcement agencies to notify the public about convicted sex offenders living in their communities.

Marilyn Flax, whose husband Irving was kidnapped and murdered in 1989 by death row inmate John Martini Sr., said she seethes at the thought Martini will remain alive “while my innocent, loving, adoring husband lies in a grave.”

“I feel the system has spit on me, has slapped me and I am fuming,” Flax said.

Republicans said that’s why they would vote against the bill.

Assemblyman Richard Merkt said the bill was “a victory for murderers and rapists.”

Senate Republicans had sought to retain the death penalty for those who murder law enforcement officials, rape and murder children, and terrorists, but the Senate rejected the idea.

The death penalty is not there for us Republicans to get a kick out of our twisted, macabre sense of humor. The death penalty is there as punishment. You kill someone, then this is what you have to look forward to. It’s called justice, but to the liberals running the Democratic Party today, that’s one value that they don’t hold too dear.

A Quinnipiac Poll showed that 53% of New Jersey residents opposed abolishing the death penalty while only 39% supported it (residents were apparently not given the opportunity to vote on the issue).

Doing the “nice” thing is more important than doing the right thing, apparently. These are not petty criminals we’re talking about — these are murderers, one of them of a child. Justice, respecting the victims’ families wishes, the wishes of their constituents — all irrelevant to New Jersey lawmakers. Nope, they had an agenda to push, and they accomplished what they wanted to see accomplished.

Way to go, New Jersey Democrats. Way to go. Would you consider this a victory?