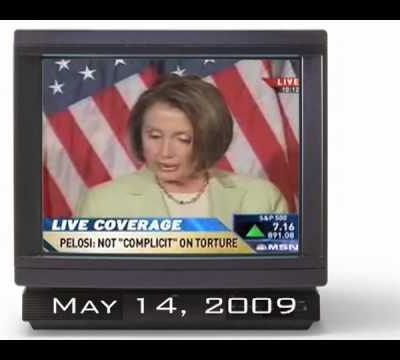 Meghan McCain: the GOP needs to be more “cool” and “pro-sex”

Meghan McCain: the GOP needs to be more “cool” and “pro-sex”

by Cassy Fiano in Headlines 22 Comments

That master of political commentary, Meghan McCain, has graced us with her wisdom yet again. Appearing on the Colbert Report, the McCainBlogette let us know what kind of conservative she is and what the GOP needs to be. I’m pretty sure she also made her Dad cry a few times, too, but you’ll see what I mean when you watch.

First, I gotta say, Meghan McCain was either extremely uncomfortable during that interview or she has no personality. Of all that I could say about Meghan McCain, I wouldn’t necessarily say that she’s lacking personality, so I’m guessing she was nervous. In any case, she looked completely dull and boring next to Colbert.

I think my favorite part of the interview is when Colbert described what kind of Republican Meghan McCain is: “pro-sex”, “pro-life”, and “pro-gay marriage”. And as Colbert incredulously pointed out, how do Republicans normally reproduce?? Being pro-abstinence does not mean anti-sex, Meghan. And she fails to recognize that we aren’t telling 21-year-olds that they need to worry about being abstinent, we are specifically talking to young high school students, usually around 17 and under. I don’t know any Republicans who are anti-sex, so I don’t get where Meghan McCain is coming from there.

And also, as Stephen Colbert points out, Meghan McCain is more liberal on gay marriage than Barack Obama! He joked that he’d turn her into a Republican by the end of the show, and I laughed because it would be nice if she could actually be a Republican.

McCain then goes on to illustrate how the GOP needs to do more than use Twitter to be “cool”, because apparently, Republicans are “uncool”. And of course, she had to further emphasize the “pro-sex” thing. So, to sum up Meghan McCain’s political advice for the GOP, we need to be cooler and more pro-sex, as opposed to stuffy prudish types I guess. I suppose this explains her little screed on how she’s a “cool” Republican who has a tattoo and wears black and listens to rock music and has gay friends. And apparently, likes sex. A lot.

Which is one other thing I wondered as I watched her appearance on the Colbert Report. Why on Earth would she talk so much about sex on a cable TV show when I’m sure her parents would be watching? I mean, good Lord woman, tone it down a bit. I can just imagine her father watching that and crying. No parent is naive enough to think that their 24-year-old is still a virgin, but all the same, I’m pretty sure they don’t want to hear repeatedly in a five-minute span how much their 24-year-old loves sex, either.

(Really, with all of Meghan McCain’s talk about how much she loves sex, I kind of wondered if she was sending a message to single guys out there that she was definitely up for it, if you know what I mean.)

In any case, Meghan McCain likes to say all of the things that will make her look cool and hip with the MSM, college kids, and Democrats, but nothing that will actually help the Republican Party. And because her dad is a Senator and a failed presidential candidate, we’re for some reason supposed to take her advice?

It’s sad, because at first, I kind of liked Meghan McCain. Now, she just makes it too easy.