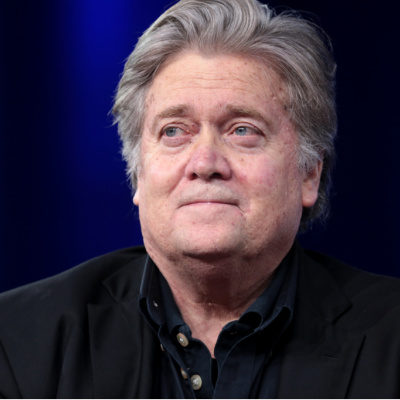 Next post
Steve Bannon, Brian Kolfage Of We Build The Wall Arrested 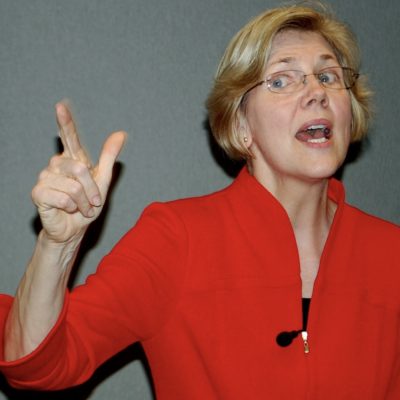 Lying Lizzy Warren tells tall tales at the Democratic convention. At first glance her embellished and polished stories look like authentic goods. But upon closer inspection her words are as fake as her DNA results. In fact, the only truths are that her video pushes lies, and supports “BLM.”

5 minutes of Lyawatha every word

Oh, Liz, Liz, Liz…. Where to start? The words from your lying mouth are rushing like a spring surge after a deep pack snow. But it’s no surprise because you’ve been hibernating through a media induced “hard winter.” Hunkered down, until the media actually took an interest in the women on Biden’s radar. While your gender was a plus, you were once again discriminated against because of your skin color.

But now you have your moment! The one you never dreamed would come. Endorsing your opponent for the job you wanted, “Qualified woman pushed aside in favor of male co-worker for promotion.” Ouch! Good thing the DNC offered up a consolation prize of 6 minutes to talk about how he’s so much more qualified than you to hold office.

And how did you use those 6 minutes? Well, let’s review the big picture. You fibbed… A lot.

CNN, purveyor of highbrow fiction, transcribed every word you said.

And what has the COVID fallout done to our babies? I’m here at the Early Childhood Education Center in Springfield, Massachusetts, which has been closed for months. Childcare was already hard to find before the pandemic. And now, parents are stuck—no idea when schools can safely reopen and even fewer childcare options.”

Well Lizzy, let me tell you what coronavirus has done to my babies. It’s made them see through the lies and outright Bullsh**t being pushed by Democrats intent on destroying America in the hopes of removing a president. Yeah, childcare was hard to find before the scamdemic. But now it’s nearly impossible. Because your party is rife with tyrants who made it illegal to provide childcare services. You are literally broadcasting this wagon of crap from an empty child care center, that your party has shut down. Furthermore, your camera crew, make-up crew, and entourage is bringing how many germs into this place? Yeah, the virus so deadly that you risk exposing children for a convention speech. Hmm.

Did your crew practice safe distancing when they arranged the children’s toy blocks to spell out “BLM” in the bookshelf behind you? Were they masked when they curated the flip board to display 11/3/20 beside the Statue of Liberty? Or used the foam letters for “DBFH”? Unlikely. And where is your mask during story time? Or is the room just a prop for your fibs and petty attempt at the takedown of POTUS? 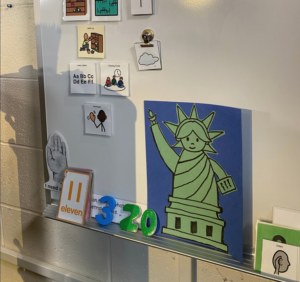 Being a modern day Democrat must really suck. Especially for a woman of color (primarily if that color is white). Liz is selling Biden’s plan as if it was her own. Probably because it is close enough that “plagiarism” could apply. But hey, not the first time Joe has done a little borrowing. And frankly, after decades of being a Democrat, Liz should be accustomed to giving away her best work to the slacker dude next door. It’s basically the entire Democrat economic platform. From CNN,

I love a good plan, and Joe Biden has some really good plans—plans to bring back union jobs in manufacturing and create new union jobs in clean energy. Plans to increase Social Security benefits, cancel billions in student loan debt, and make our bankruptcy laws work for families instead of the creditors who cheat them.”

Bring back union jobs in manufacturing. Is Joe planning on “borrowing” Trump’s plan and calling it his own? From The Hill, “Since January 2017, more than 480,000 manufacturing jobs have been added to the U.S. economy, following two decades of sharp losses.”

Oh, snap. But surely Biden knows what he’s doing after 8 years with Obama…. “Roughly 300,000 manufacturing jobs were lost during the eight years of the Obama administration, including minor losses in Obama’s final year in office.”

Oh, that’s a bit of a whopper Lizzy. Those jobs in Joe’s plan… already at historic highs. Especially amongst African-Americans, Hispanics, Asians, and women. Aren’t those groups the ones y’all count amongst your “reliable” voting block?

Newsflash, Social Security will increase due to more participation in the workforce, because taxes. Now, if you and the rest of congress can keep your grubby mitts out of the pot, there may be some money for those currently paying into the system.

Don’t even suggest we forgive college debt and bankruptcy debt. I didn’t take out the loan and commit to repayment. While you obviously don’t mind if another person takes your work product, most Americans do mind.

These plans stink. Even a forgetful sniffer like Joe should recognize the smell of failure on  his plans.

Trump failed a test that Joe had repeatedly failed. But whatever, facts are irrelevant!

Donald Trump’s ignorance and incompetence have always been a danger to our country. COVID-19 was Trump’s biggest test. He failed miserably. Today, America has the most COVID deaths in the world and an economic collapse—and both crises are falling hardest on Black and Brown families.”

She’s shilling for a guy who has been in the Senate since 1972 (as it was my birth year, I’m confident in saying almost 5 decades!!), by blaming a guy who has been in government for less than 4 years. Okaaaay. (This seems completely logical). Let’s all pretend to be Biden, and forget the last 4 decades. We’ll focus on the 8 years he served as Vice President under Obama.
Between the years of 2008-2016 there were dozens of serious outbreaks. SARS, MERS-coronavirus (wait, what?!), Zika, Ebola (in the USA) all happened during Joe’s time as VP. A 2017 report from The National Center for Biotechnology Information determined that,

Over the past decade, public health funding in the United States has remained flat at the federal level,”

But Liz says Joe has a plan. If it was a priority, why didn’t he enact this plan during his 40 years in the Senate? Push for it during his 8 in the White House? The report is edifying, and ultimately concludes that it just wasn’t a priority.
During Biden’s time in the Senate and White House, preparing for a major pandemic wasn’t a priority.
But don’t worry. He has a plan… now.
Incidentally, Breitbart did a fact check on her statement that the USA has the most COVID deaths in the world. The determination: Misleading.  Using her methodology and formula, the USA also has the most recoveries from COVID in the world. Something about being the 3rd most populated country, and using total numbers versus per capita numbers. I really wish she was the VP pick, because “Joe Forgets, Liz Lies” has a nice campaign flow.

A “dog whistle” is good enough for those who can’t commit to a “wolf whistle.”

BLM is rapidly becoming enmeshed with ANTIFA. Or more accurately, their existing ties are becoming obvious to the general public. When the Democrats group du jour is tainted by an organization deemed as “domestic terrorists”… showing support can get sticky. More so when one is a Senator from Massachusetts, and must appeal to voters living outside the Brahman circles of Bean Town. Those blue collar voters who don’t take kindly to Ivy educated hoodlums spouting Marxism disguised as populism, hell bent on destroying working class neighborhoods (In the name of equality… again, no logic). What is one to do…. I know! Pretend she’s Taylor Swift and hide secret signs in plain sight. Hence, the new pastime of channeling our inner Joe Biden looking for… well everything really. Lizzy has undoubtedly started a trend of incorporating dog whistle messaging into mundane objects.

“BLM” in the bookcase behind her. 11/3/20 beside the Statue of Liberty. A children’s book comparing income and class disparity (“Corduroy” by her feet in the seated photo). All very obvious after their initial discovery, but otherwise standard enough to remain unnoticed.

On the surface it’s quite brilliant. Not because it shows secret squirrel support for a particular group, but because it does what the DNC has been incapable of doing– namely, bringing any level of interest and excitement to their convention. Instead of drinking with every lie, (a game that found far too many of us passed out by minute 15) we can now drink when we find secret squirrel messages. It’s the election version of “a picture search puzzle.” Maybe we’ll even find Joe, in his basement. Blending into a floral patterned sofa, like some botanical camouflage, hiding from past failures as future predictions.

Lying Lizzy has made her last stand at the convention. Beating the tribal drum for a candidate who got the job, despite her being more prepared and with a better presentation. Sometimes the easiest lies to believe are the ones we tell ourself. This is Liz Warren’s nightmare 2020.