Next post
Fauci Flips On Lockdown Damage And China 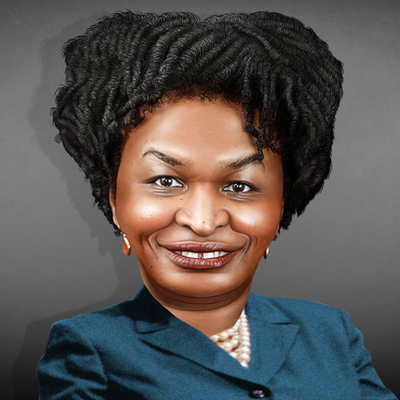 by Carol Marks in Everything Else 3 Comments

Life Denier Stacey Abrams is handing out fake medical expertise now. At first, I was wondering if she (a.k.a. Selena Montgomery) was doing research for another one of her fiction books.

No, instead she is whole-heartedly claiming that 6-week heartbeat is a manufactured sound created by men and machines.

Hon, you are not a real doctor and cannot go on camera proclaiming such things. Perhaps she is taking a cue from Dr. Fauci, a real doctor who lies.

The original election-denier Abrams is heard and seen on video dispensing her fake medical thoughts about the 6-week heartbeat, announcing it a hoax, made up, created by men in order to control women.

I won’t ever tell you I told you so. I promise. Look at who’s on stage with her. Look at how they are willingly eating up the BS. Blind loyalties to skin color and ideologies based on identity is killing this country. It’s a slow death.

And it’s Barrington Martin II response that I love the best.

Stacey Abrams is a denier of all things apparently; first elections and now life.

Trailing in the second go-round with Brian Kemp and with black male voters specifically, I guess she needed to say something to move to the top of the headlines in order to be seen and heard again.

It certainly isn’t the first time the sore-loser said something about heartbeats.

Dear Stacey, you may want to take a break from typing your manuscripts and give this a read:

The peer-reviewed science on babies at 6 weeks’ gestation includes: 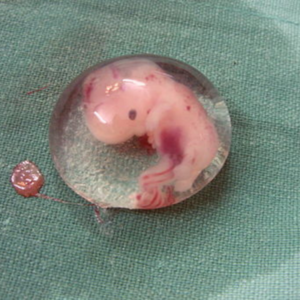 RealDiapers.org provides all sorts of stats on abortion. They gather their information from the Guttmacher Institute and the Centers for Disease Control and Prevention (CC).

Check out Georgia’s abortion rate alongside the black community.

Push the cancel button on Stacey. Where is the uproar? The woman got behind a mic and gave outright lies and misinformation. She is not a medical doctor. I guess because she played the president of earth on a television show, that makes her credible. Kind of scary, when one starts believing or burring reality from fiction. Stick to books Stacey.

Side Note – in case you didn’t know, Stacey uses the alias Selena Montgomery with her works of fiction and where she claims to have sold over 100,000 copies of her novel.