Liberal Logic and the Conservative Sheep Who Love It 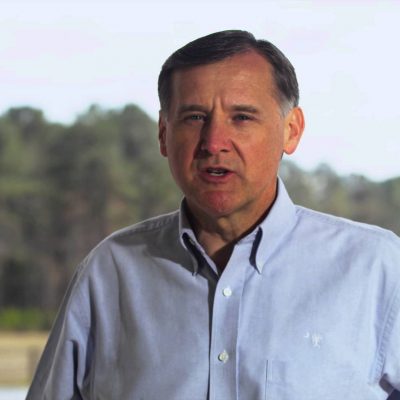 Next post
Disgraced Mark Sanford for South Carolina? No. Curtis Bostic For Congress and Weekend Links!

Liberal Logic and the Conservative Sheep Who Love It

Here at Victory Girls, we have a whole bunch of writers.  All of us call ourselves conservatives, but as in any group, there’s a bell curve.  Some of us are more libertarian, some of us would be considered Bible-thumpers by the Left, and some of us are just plain common sense, Constitutional conservatives.  So it should really come as no surprise when you read conflicting opinions here.  Some of the writers here support gay marriage.  Some of us don’t.  Thankfully (at least for now), the First Amendment lets us all say what’s on our mind without fear of getting packed up and shipped off to some reeducation camp—although I’m fairly certain that if the Left has their way, that’ll happen soon enough.  But never mind that.  What you need to know is this: This piece is one of those conflicting opinions.   Let’s look at some logic.

Many Libertarians—and quite a few conservatives—have decided to throw their weight behind gay marriage.  It’s not the government’s business who you love, they say.  (Although no one’s saying it is, not even us mean anti gay marriage folks.)  Michael Williamson has a very interesting post up, entitled “The Post Where I Piss Off Everybody.”  In it, he brings up the gay marriage issue, juxtaposing it with liberal positions on other issues like gun control and abortion.  The problem with gay marriage, abortion, and gun control is that they require subscribing to a very specific set of liberal logic; namely, that rights are only okay for some people (gays, pregnant mothers, and weenies), and critical thinking should be limited to the parameters of the liberal agenda.  This seems backwards to some; after all, aren’t we pro-“regular” marriage meanies the ones limiting rights?  Not hardly.  Take a look.

“At the time the Constitution was written, the weapons in question were muskets.”

That’s an oft-repeated liberal mantra for gun control, right?  What they’re saying is, we should do things like they did in the late 1700s…but only for this issue.  When it comes to women’s right to vote, right to hold a job, right to kill her baby, we’re all so much more ADVANCED now.  Williamson explains the folly of that position.

You know what?  You’re right.  And [when the Constitution was written,] marriage was between one man and one woman.  So what’s with gay marriage?  No longer will I offer any moral support, oppose any online statements attacking it, speak out for it.  They have the same right as anyone—to marry someone of the opposite gender.  And given that all gays support raping little boys (just like all gun owners support shooting school kids), I don’t think I can support them.  We should do things just the way they were done 220 years ago.  That’s the liberal way.

Oh, that’s far too harsh, right?  Gay people do not all rape little boys!  That’s generalizing! That’s not what liberals are saying at all.  Look how progressive they are.  They’re so fair.  They want rights for everyone!

“We’re not trying to take your guns away, just have reasonable limits.  It’s a compromise.”

Ok, let’s talk about reasonable limits on abortion then.  Liberals claim that the Heller decision, which effectively struck down Washington, D.C.’s ban on handguns, was made by “an activist court.”  Well, so was Roe vs. Wade.  Even the plaintiff in that decision has since reversed her position and is now a pro-life activist.

And some people want reasonable limits on abortion, like waiting periods, gestational time limits, ultrasound, etc.  It’s a reasonable response to an activist court decision, and reasonable restrictions on a right, for public benefit.  Don’t come whining about your right to murder babies, and I won’t come to you whining about my right to shoot school kids.

Whoa.  What just happened there?  Sure, he’s being facetious—I highly doubt he considers shooting school kids a right—but he’s making the point that logic applies across the board, not just to the issues liberals want it to.  Unfortunately, conservatives have bought into a lot of the same logic, and applied libertarian thought to further bolster that.  But Williamson isn’t done, and here’s where it gets really uncomfortable.

“Given Sandy Hook, you have to make reasonable compromises.”

“We just want licensing and safe storage requirements so the wrong people don’t get guns.”

“Publicizing the information lets people make informed choices about who they live near.”

Accepted.  In exchange, gay men should make reasonable compromises [because of] Penn State.  They will simply have to accept being registered and kept a safe distance from children.  This isn’t a violation of their rights.  It’s just common sense.  The public has a right to know.

This should apply to protests, too.  No reasonable person would object to being identified.  They should welcome it—it means they can’t be wrongly maligned.  All union members, blacks, gays and feminists should be signed in with ID before a march or gathering, just so we can track the real criminals to keep the rest safe.

No one’s saying gay people are evil, or incapable of love.  No one is saying government has a right to legislate morality.  I don’t believe either of those things.  I don’t even believe the federal government should have a thing to say about marriage.  What we ARE saying, is very simple:

Don’t talk to me about “equal rights for all” until you stop murdering unborn children and get out of my gun cabinet.  And if you absolutely feel that we need to even have a gay marriage conversation, then leave it up to the states and the people.  After all, shouldn’t we all get the right to choose?  Oh, wait…that right is reserved for liberals and women who don’t want their babies.