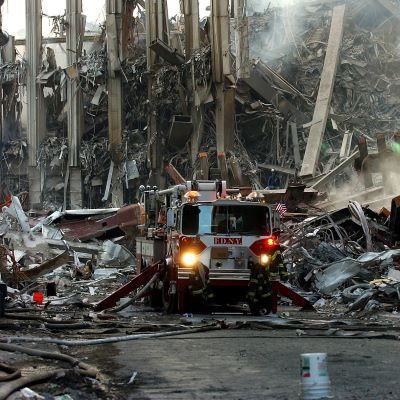 Score one for the pro-life movement! A Kentucky law that was passed in 2017, which required providers to show an ultrasound of the developing baby before any abortion was performed, has now been upheld by the Supreme Court.

The concept is simple: informed consent is best. Abortion clinics don’t want to show pregnant women the developing baby, because as the ultrasound technology continues to dramatically improve, the reality becomes harder and harder for even the most untrained eye to deny. What women are seeing on the screen is a baby. THEIR baby. And depending on how many weeks along they are, there is more to see. Remember, in routine prenatal care, ultrasounds are performed around 8 weeks to determine expected due dates, and at 20 weeks to check for growth (this is usually when the sex of the baby can be determined as well). But somehow, asking an abortion clinic to show women an ultrasound – something they do anyway to determine growth and dates – would be a “violation” of the abortionist’s First Amendment rights. That was the argument that the ACLU tried to make. A Kentucky judge immediately struck down the law on those grounds. When the state of Kentucky appealed, the 6th Circuit Court of Appeals found that the law did not violate anyone’s First Amendment rights.

In gutting the ultrasound law, which passed overwhelmingly, Judge Hale wrote, “The court recognizes that states have substantial interests in protecting fetal life and ensuring the psychological well-being and informed decision-making of pregnant women,” but added, “However, HB 2 does not advance those interests and impermissibly interferes with physicians’ First Amendment rights.”

But the 6th U.S. Circuit Court of Appeals disagreed and refused to have the entire court reconsider a ruling by a three-judge panel that upheld the law.”

Earlier this year, judges, from the 6th Circuit, ruled 2-1 that the law did not violate a doctor’s First Amendment rights to free speech, writing that the information gleaned from an ultrasound was “pertinent” to a woman’s decision-making.”

The ACLU then appealed the case to the Supreme Court. The court has now refused to hear the case, meaning that the lower court ruling now stands. Cue the whining by the ACLU.

“By refusing to review the 6th Circuit’s ruling, the Supreme Court has rubber-stamped extreme political interference in the doctor-patient relationship,” said Alexa Kolbi-Molinas, senior staff attorney at the ACLU Reproductive Freedom Project. “This law is not only unconstitutional, but as leading medical experts and ethicists explained, deeply unethical.”

The Kentucky denial comes as the landmark 1973 Roe v. Wade ruling that legalized abortion in the US is facing multiple challenges in lower courts.”

The Supreme Court has allowed Kentucky's ultrasound requirement law to go into effect!

When women have the chance to see the humanity of their child & hear their heartbeat, many reject the violence of abortion.

This is a great win for Kentucky & our nation.

The real kicker is that not only did the Supreme Court refuse to take the case, none of the justices even commented on it. That has to be a harsh blow for all the Ginsburg fans out there, especially given the news it made when Justice Alito wrote a scathing dissent when SCOTUS refused to hear the National Review v. Michael Mann case, opting to let that case move forward in the courts rather than dismissing it on First Amendement grounds. But none of the liberal, pro-abortion justices even made a passing comment here.

While this is a win for the pro-life movement, it was also an easy call for SCOTUS, as the Kentucky law does not block access to an abortion. The burden is placed on the provider or clinic to show the ultrasound, and since that technology is already in place in these clinics, there is no way that a First Amendment argument could hold water. How is it “unethical” to take a look at an ultrasound? Why is science so dangerous to the pro-abortion cause? I think we all know the answer to that.

SCOTUS didn’t want to waste the time or political capital to rule on this law. They are likely bracing themselves for the upcoming “heartbeat” laws from states like Louisiana and Georgia, and an upcoming case from Louisiana that requires admitting privileges at hospitals for abortion providers.

So, while this is definitely a win for the pro-life movement, and will show women in Kentucky what really is growing in their uterus is not just a passive “clump of cells,” but a new, individual human being, the fight is far from over.