Previous post
Katie Hill Resigns, Blames Others For Her Choices 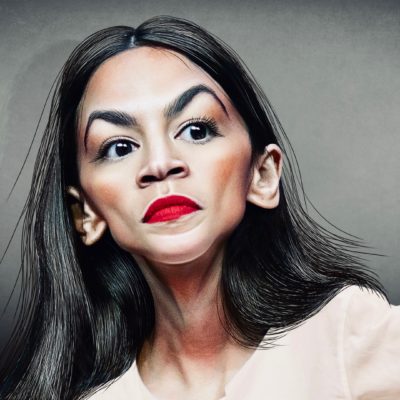 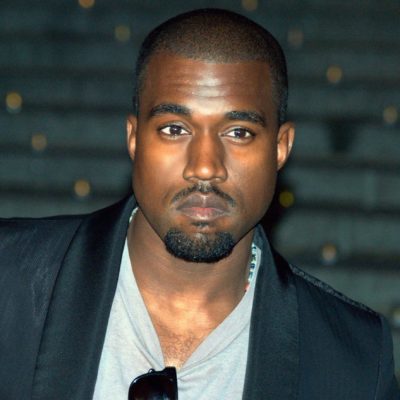 Kanye West, after a 16-month hiatus, released a new album over the weekend entitled “Jesus is King” with a tour forthcoming.

West, and his extended Kardashian family, have been vocal as of late about their newfound Christianity and being Born Again. Kanye even hosted a Sunday Service for festival attendees at Coachella (complete with a merch shop offering up $70 sweatshirts). On the album, one of the songs is entitled, “Closed On Sunday”. Here are some of the lyrics:

Closed on Sunday, you my Chick-fil-A. Hold the selfies, put the ’gram away. Get your family, y’all hold hands and pray.

Closed on Sunday, you my Chick-fil-A. You’re my number one, with the lemonade.”-Kanye West, Closed On Sunday

Fast food chains such as Burger King seized the opportunity to remind potential customers that they, unlike Chick-Fil-A, were open on Sundays. As far as the selfies and “The ‘Gram” (Instagram) go, Kim and Kanye did throw up a few posts later Sunday afternoon. They just couldn’t resist the pull.

I don’t necessarily have a problem with Kanye West and Kim Kardashian coming to Jesus and being friends with popular pastors. I don’t have a problem with West embarking upon a gospel album. Personally, I think it’s great that individuals like West are trying to reach out to youth and a group of people who otherwise may not know Jesus. I can see young Christian leaders and kids getting excited about this. Heck, even 40-something year-old pastors are getting excited about this. Before I rant, however, Here is my disclaimer. I will say that I, personally, see nothing wrong with Christianity allowing people to express themselves and being stylish or even trendy. I think pastors should be able to have nice things and live comfortable lives. I see nothing wrong with pastors making money on speaking engagements, book deals or even going on nice vacations–all within reason. If I have a pair of designer shoes, my pastor’s wife deserves a pair, too. I get it. What I do have an issue with is the optics that then take over our pastors in popular culture. The Kanye phenomenon is one of them.

A few months back, I penned a post about the Instagram site, PreachersNSneakers. I was angry then, so I called pastors out by name which I will not do here. This site features popular evangelical pastors (male and female) donning designer duds. Their favorite seems to be Gucci for some reason. They “drip” in Gucci. (Drip is slang for being blinged-out in designer name-brands.) The comments on this page range from atheists calling out Christian hypocrisy, Christians calling out the same, to individuals downright defending their pastors’ choice to wear $700 shoes with a “Get It, Pastor (fill-in-the-name here)”.

Tried as I might, I just didn’t get it. I still don’t. I became so sick-and-tired of seeing “God’s work” being done on a smoke-filled stage..or by a pool…or on a golf course. I was tired of the perfect filters, the wives in their Gucci belts and pictures of the PKs (pastors’ kids) who looked as if they had come out of Nordstrom’s catalog with captions like, “Living Intentionally”. And what, pray tell, WHAT is up with these grown men who wear high-waters and quite possibly the ugliest glasses I have ever seen?! Seriously, do their wives find that attractive? I guess to each their own. I was so sick of hearing about sacrifice from those who looked like they were far from hurting. I did not want to hear about being “hashtag blessed”, item shops for youth conferences and see junior high girls doing duck faces in photos to promote youth nights. Item shops and duck faces and Gucci and golf? All in the name of our Savior? Come on!

I finally had a candid discussion with a few pastors that I knew. I have come to an understanding of the desire to appeal to our youth by implementing elements of pop culture into the mix. Instagram is one of these elements. Some of these pastors are hard-working kids and adults who ARE trying to make a difference in the lives of our young people and their communities and that, I do find admirable. I respect them and I love them and pray for them. They have my support. I have also come to the understanding that ministry works in different ways. If Kanye wants to minister to his fans, great. More power to him. If this is truly in the name of God, it’s a win. Only God knows that.

Switching back to the “drip”, despite my growing understanding and respect for some of our pastors and their ministries, I feel that the adults still need to be the responsible people in the room. Despite all of the good some of these “celebrity pastors”, as I will call them, are supposedly doing, there is still a dangerous pull into the abyss by way of materialism. Christianity has become a parody of itself in this case, a parody to which these pastors seem oblivious to. The last thing Christianity needs is more criticism and sadly, this phenomenon is feeding it. It’s almost as if now, being featured on PreachersNSneakers has become a rite of passage for some, an indication in the church community that one has “made it”. And it’s as if these guys and girls can’t help themselves. As weird as it is, these pastors are also competing with one another. It’s like a contest of who can “drip” the most.

Rubbing elbows with Kanye at Coachella or having him and Kim show up to service is also a feather in the cap of celebrity pastordom-with an extra bonus if you get invited to family events like birthday parties. Some of these individuals have become larger-than-life but they are still preaching to those who can barely pay their rent and people across the world who idolize them. These people in some pretty hard life situations then go on Instagram, see these photos and these events and, try as they may, mimic this behavior. They go into even more debt, even deeper depression if they can’t attain this “greatness”, this “beauty” and are not understanding of things of God. They give 10% of their earnings to a church where their pastor would not even know their name or acknowledge them if he or she tripped over them on the street.

As a result, we have a bunch of young Christians who now equate spreading God’s word (and being successful at it) with amassing tons of people in a church plant, wearing expensive duds paired with nerd-boy/hipster glasses (while talking like a rapper), perfect filters, traveling to desirable destinations and #livingyourbestlifeinthenameofjesus. Does this sound like something Jesus would have wanted?

I honestly hope that Kanye goes on tour and takes his celebrity pastor posse with him. I hope they go to poor inner cities and third-world countries. I hope ticket sales benefit those less fortunate in those cities. I pray for less drip on the Christian ‘Gram highlight reels and more TRUE, AUTHENTIC inspiration. Want to drip, fellow Christian influencers? Drip in humility. Drip in kindness. Drip in love. Drip in generosity. Drip in compassion. Drip in accountability. Drip in knowledge. You don’t have to go to exotic locations to drip. Drip in your own cities. Drip in Jesus’ name and for crying out loud, PLEASE, have some bearing and for once, STEP. AWAY. FROM. THE. GUCCI.