Previous post
Wind And Solar TKO'd By Ice And Snow

Next post
Roundup Time: Sorry We Killed Grandma, Enjoy This Dance Instead 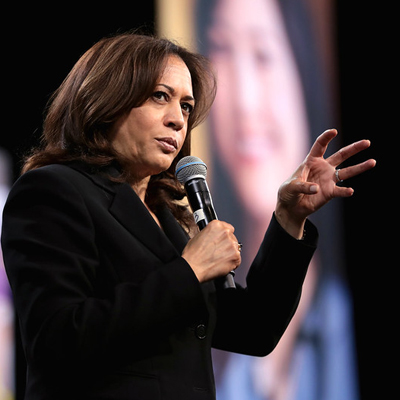 Vice President Kamala Harris has been walking in presidential shoes recently by taking phone calls from world leaders. On Monday, she talked with President Emmanuel Macron of France. They discussed issues like COVID, climate change (naturally), and dealing with the Middle East and Africa.

Hold on — shouldn’t this be President Joe Biden’s role? Especially since he has far more experience in foreign policy than Harris?

You’d think a president would be speaking with another president, especially another G7 leader. But apparently not. The White House published a readout which read, in part:

“Vice President Kamala Harris spoke today with President Emmanuel Macron of France, and expressed her commitment to strengthening bilateral ties between the United States and France and to revitalizing the transatlantic alliance. Vice President Harris and President Macron agreed on the need for close bilateral and multilateral cooperation to address COVID-19, climate change, and support democracy at home and around the world.”

But that’s not the only time Kamala Harris has stepped into a foreign policy role. At the beginning of February, she spoke with Canadian President Justin Trudeau. Once again, according to readouts from the WH and Trudeau’s office, they spoke about COVID, climate change, and diversity. She also agreed to help gain the release of two Canadians whom the Chinese have held for two years.

However, neither side discussed Biden’s striking down the Keystone XL pipeline permit, a source of friction between Canada and the U.S. Not a surprise.

So what’s going on here? Is Kamala Harris becoming a shadow president and Joe Biden fading in importance?

It wouldn’t be the first time a woman stood in for an ailing president. In 1919, Edith Wilson, the wife of President Woodrow Wilson, took over his duties after he suffered a stroke. Thereafter Wilson had become bedridden, unable to perform his duties. Supposedly she was afraid that turning the presidency over to the vice president would emotionally “crush” the president.

The parallels, of course, are not identical. Kamala Harris, unlike Edith Wilson, is the Vice President. Nor is Joe Biden bedridden, either.

It’s not that Joe Biden hasn’t spoken to foreign leaders — he has. Last week he spoke with Chinese President Xi Jinping — supposedly for “two straight hours,” according to Biden. However, he wasn’t exactly Johnny-on-the-spot in making that phone call, as a journalist pointed out. Plus, he still hasn’t called Israeli Prime Minister Benjamin Netanyahu. And Israel is one of our closest allies.

So what has Joe Biden been doing, other than signing executive orders willy nilly, à la Gov. Le Petomane in Blazing Saddles?

He’s been busy working on his goal of getting 100 million COVID vaccines in the arms of 100 million Americans. That’s about one million vaccines per day.

Before I took office, I set a big goal of administering 100 million shots in the first 100 days. With the progress we’re making I believe we’ll not only reach that, we’ll break it.

Except that President Trump had already reached that milestone before he left office.

Well, then he was going to make sure schools opened again.

Except that his CDC let the teachers unions run that show.

Okay, how about he beat his granddaughter in a game of Mario Kart?

Yes, really. He played the Luigi character, according to reports, during his recent weekend at Camp David.

In fact, Joe Biden reportedly did little else that weekend except play video games.

Yeah, I know. But Trump went golfing. Well, so did Obama. But neither of them allowed their Vice President to do heavy lifting in foreign policy, either. Love them or hate them, both presidents were the face of the United States when it came to meeting with world leaders.

There is indeed something very unsettling about the Biden presidency.

But seriously, weren’t you expecting this? That Joe Biden would fade from his leadership role, and quietly hand the reins over to Kamala Harris? It’s already happening, and the Biden Administration is not quite one month old. VPOTUS is becoming POTUS, not in name perhaps, but in authority.