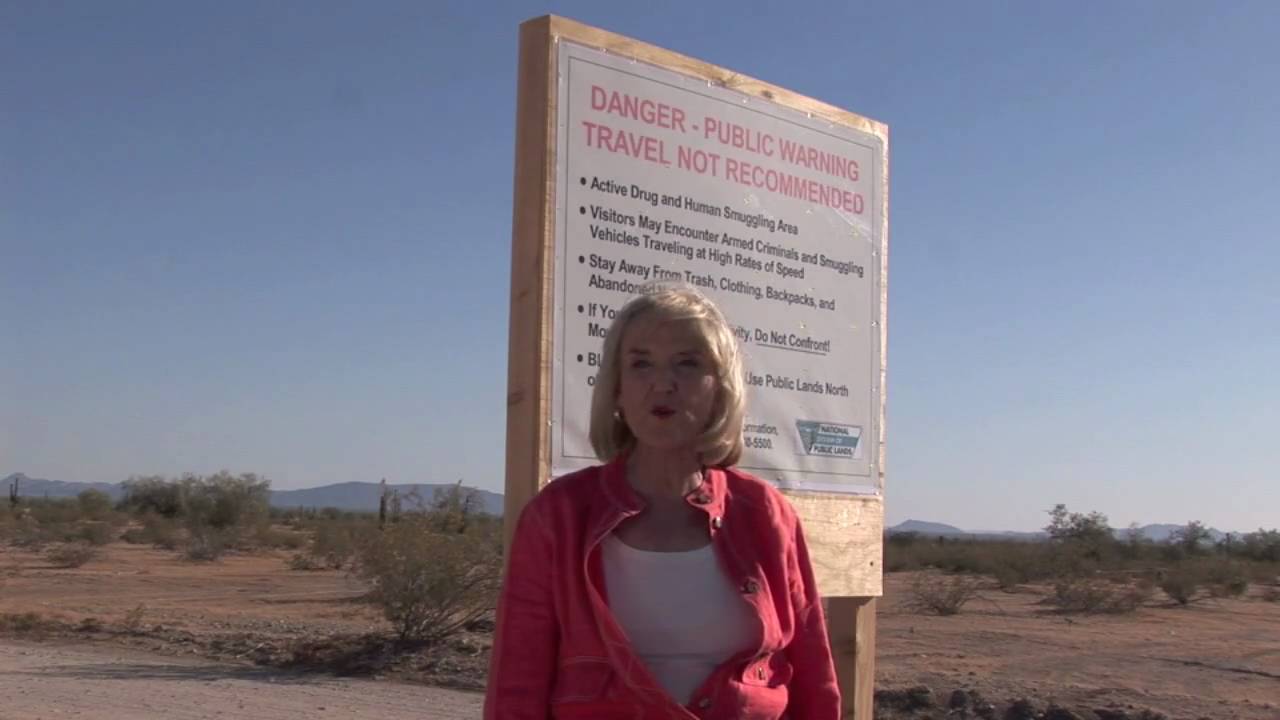 The furor over the Arizona immigration law is ridiculous when you stop to consider that the law merely consist of enforcing already existing federal immigration laws. But President Obama is going to sue over it anyways, despite the surging crime that Arizona is facing due to the never-ending flow of illegal immigrants, despite the fact that if his administration was doing its job then Arizona legislators wouldn’t have had to act. Governor Jan Brewer has taken the majority of the heat over this bill, but unlike the majority of politicians, she’s had the backbone to stand up for herself and for her state. She’s now released a new ad where she’s come out swinging against Barack Obama for blasting her while doing nothing to secure the border.

So the Obama position on Arizona is that it is safe, and therefore, a secure border is not needed. It’s just too dangerous for people to actually go there. If people have to be told that an area on the border is too dangerous to go to, due to drug smuggling and crime and human trafficking and kidnapping, then isn’t that an argument in and of itself? Obama just proved why Jan Brewer and Arizona legislators had to take decisive action.

Unlike Barack Obama, Jan Brewer actually values her country and her state, and as she says herself — she isn’t about to surrender her state to Mexico out of some stupid, misguided sense of political correctness.

The first job of government is to protect its citizens, and the Obama administration has failed miserably in that duty. Jan Brewer is simply doing the job that Obama won’t do.

Isn’t that what we say all of the illegal immigrants are doing?