Next post
Milley Proudly Proclaims He Did Call China, So What? 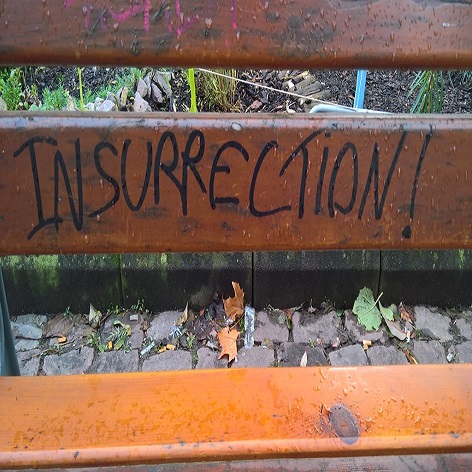 I am not here to dispute that the DC National Guard is used regularly to offer assistance to Capitol Police and to maintain traffic control and security. It is.  What is NOT normal is calling in the troops pre-emptively to squelch public dissent.  It is also not normal to put up security fencing around the Capital Building.  And most especially, it is NOT normal to deputize outside law enforcement officers as United States Capital Police Special Officers.  Yet all of these actions are taking place ahead of a rally virtually no-one has even heard of.  While Congress is out of session.  Pure theater ginned up to offer one more squirrel to the realization that Biden brought anything BUT normalcy to the Presidency post Trump.

According to the Newsweek article:

“The J6 rally’s organizer, Matt Braynard, a former campaign strategist for Republican President Donald Trump, called the arrestees “political prisoners” and “brave patriots.” He told WTTG that he expects about 700 attendees at the September 18 rally.

According to Rasmussen Reports, almost half of the country agrees with that assessment:

Yet Juliette Kayyem and CNN would like you to believe otherwise.  She talks about the the ongoing “lie” yet says most of the people currently in jail are not mere “trespassers'”

U.S. Capitol Police request DC National Guard assistance ahead of the Sept. 18 right-wing rally @juliettekayyem's take: 'You want a show of force, because we are in the 'We're not messing around' stage' pic.twitter.com/YshbOe6pOh

As Jonathan Turley, not exactly a Right-Wing activist pointed out in The Hill last month:

“After five months of dragnet arrests nationwide, a few reporters have noted that no one was actually charged with insurrection or sedition. The vast majority of people face charges such as simple trespass. For example, the latest guilty plea is from San Francisco real estate broker Jennifer Leigh Ryan, who posted an account on social media of how “we’re gonna go down and storm the capitol.” She pleaded guilty this week to “parading, demonstrating, or picketing in a Capitol building” and faces a maximum sentence of six months in prison and a fine of $5,000.”

So who’s the liar now?

The Newsweek article reports from the Associated Press

“[T]hat the rally may be attended by members of armed right-wing groups like the Proud Boys and Oath Keepers. However, the Proud Boys denied that their members will be involved.

As our own Darleen Click pointed out back in April, all of this is Kabuki Theater.  It is not normal.

“One official emphasized that the military should not be used preemptively. ‘It is customary practice,’ he said, ‘that law enforcement assets have to be utilized and near exhaustion before DoD will support operations. It is not an official policy but is designed to reinforce that military should be used as a last resort'”

Capital Police deputizing outside agencies is NOT normal.  As the Government Accountability Office noted back in April of 2009:

Re-instating a physical barrier around the Capitol is NOT normal.  That house belongs to the people.  It is not a fortress to be defended.  While former U.S. Capitol police chief, Steven Sund, argued in February that the “insurrectionists” came for war, he declared they came for war armed with “fists. pipes. sticks, bats, and metal barricades.”

Given how quickly our military folded against the Taliban, a motley crew armed with actual guns, I am not surprised this ass clown feels like lesser tools are fear inspiring.

But do not let any of these optics persuade you that any of this is about protecting anything except the Left’s ability to use this narrative to drive the January 6th “insurrection” conversation ahead of the mid-term elections.  They know that nothing about the first nine months of Joe Biden’s presidency is normal.  The “seasonal” illegal border crossings, the “temporary” inflation, the “cyclical” spike in COVID, and most assuredly not the debacle known as the Afghanistan withdrawal plan.

They know that unless they keep up the image of a radicalized right-wing group of insurgent white supremacists, they are going to get their collective asses handed back to them.  Don’t fall for their politicizing our soldiers against us.

Featured Image: “‘Insurrection!’ Strasbourg 2018” by Itmost is licensed under CC BY 2.0, cropped and modified 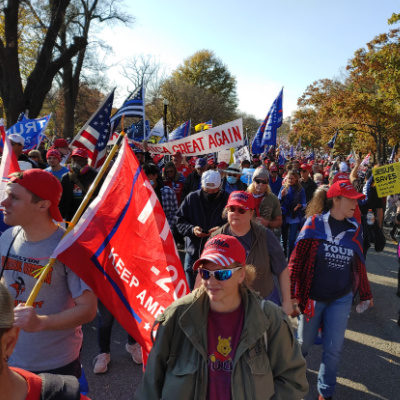