There Can Be No Doubt: Obama Is No Protector of Americans

There Can Be No Doubt: Obama Is No Protector of Americans 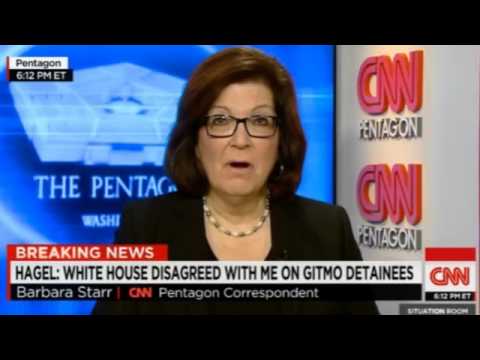 I saw the movie “American Sniper” on Saturday. With that day’s news of the death of Japanese journalist Kenji Goto at the hands of ISIS in the back of my mind, I reflected on a particular scene in the film and found it to be pertinent to the recent terrorism horrors we’ve witnessed.

If you’ve seen ‘Sniper,’ you’ll recall the childhood scene of the boy Chris Kyle at home after defending his younger brother from a bully. Young Chris’s father advised him that there were three kinds of people in the world:

“There are three types of people in this world: sheep, wolves, and sheepdogs. Some people prefer to believe that evil doesn’t exist in the world and if it ever darkened their doorstep, they wouldn’t know how to protect themselves. Those are the sheep. Then you’ve got predators, who use violence to prey on the weak. They’re the wolves. And then there are those blessed with the gift of aggression, an overpowering need to protect the flock. These men are the rare breed who live to confront the wolf. They are the sheepdog. …You know who you are. You know your purpose.” 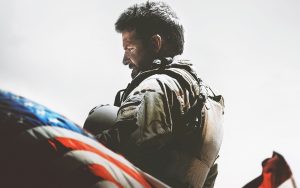 After a gruesome video of the beheading of Goto was released, Japanese Prime Minister Shinzo Abe vowed that he would “never forgive” the terrorists. “Japan will never yield to terrorism…(and) is firmly resolved to fulfill its responsibility in the international community’s fight against terrorism,” he said.

The Abe government had tried to negotiate with ISIS for the release of Mr. Goto, but talks became deadlocked. They found, to their dismay, that sheepdogs cannot negotiate with wolves.

Of course, our Dear Leader also denounced the slaughter of Goto, calling it “barbaric” and “heinous.” He added: “Standing together with a broad coalition of allies and partners, the United States will continue taking decisive action to degrade and ultimately destroy ISIL.”

I’m sure the psychopaths who make up ISIS are quaking in their boots, as are the terrorists who comprise the Taliban. Do I need a sarcasm tag here?

This is the same president who traded five Taliban detainees housed at Guantanamo Bay for alleged deserter Bowe Bergdahl after pressuring Defense Secretary Chuck Hagel for approval of their release, and the release of even more Gitmo prisoners. Now it appears that one of those five released may have contacted his old terrorist buds in Afghanistan.

This is the same president whose deputy press secretary will not refer to the Taliban as a terrorist group, instead calling it an “armed insurgency.” Earlier this week Eric Schultz stumbled upon his explanation of this pretzel logic when pressured by a reporter to explain why the Taliban is not “terrorist.”

And this is the same president who crowed about his successful 2011 directive to kill Osama bin Laden, yet has allowed the brave Pakistani doctor who helped the US find bin Laden to rot in a Pakistan prison. Dr. Shakeel Afridi remains in Peshawar prison, a traitor in the eyes of the current Pakistan government. Obama has done nothing to provide legal aid or economic pressure to Pakistan to secure Dr. Afridi’s release, and now his family is in hiding.

Is Obama a failed protector who thinks that by placating Islamist terrorists — by releasing their prisoners and not labeling them “Islamic” or “terrorist” — that he can have “peace in our time,” in the words of another failed leader he echoed?

Or is Obama a sheepdog imposter who poses as a protector of the country, yet whose leftist ideology leads him to believe that the United States is the cause of evil in the world and therefore must be brought down to the level of lesser world governments? And, by extension, does he so strongly identify with the Muslim world that he desires that it destroy the one Mideast nation that is most like us, the little nation of Israel?

I’m not sure. I am positive, however, that Obama is not a sheepdog that seeks to protect the United States as it was envisioned by the Founders and defended by the true sheepdogs like Chris Kyle and the warrior patriots who went before him.