Next post
What Mexican Drug Cartels, ISIS, and Ebola Have In Common

To say this is an odd partnership is an understatement:

The forum, “Sex, Politics, and Black Women: A real talk about what reproductive freedom means in the wake of Hobby Lobby,” will highlight why barriers to birth control access and this summer’s Supreme Court decision directly impact black women.”

Do they know what Margaret Sanger, founder of Planned Parenthood, wanted to do with black babies?

And that Planned Parenthood works against “reproductive freedom” of black families?  Because killing infants doesn’t seem anything like “freedom”.

There is an intense irony in the poor accepting Democrats like Pelosi as their champion in spite of the crowing about the need to sterilize them, but perhaps even more puzzling, and certainly tragic, is the fact that Barack Obama garnered 95% of the black vote in 2008 while promoting a wholesale devotion to a practice that proves uniquely destructive to black Americans.

Half of the black children conceived in this country are aborted before reaching our world, and they are aborted at levels nearly three times their demographic representation. Lloyd Marcus ponders whether this is intentional, but the reality is that it doesn’t matter whether it is intentional or not. Either by design or inadvertently due to social realities, the evidence conclusively shows that the left is fulfilling Margaret Sanger’s vision of systematically exterminating blacks, which should reveal even to the most naive abortion advocate why her message was so incredibly attractive to the KKK in her time. In fact, it would even be reasonable to assume that those same women who once hung on Sanger’s every word might today support Planned Parenthood in their efforts, unintentional or not.

The fact that today’s modern left doesn’t likewise profess the racist intentions of the KKK or Margaret Sanger does not change the fact that the result of its continuing quest to promote federally-sponsored abortion and Planned Parenthood, if one appraises a child in the womb to have the smallest ounce of humanity, does indeed border genocide.

Why is the Congressional Black Caucus in cahoots with the very organization that promotes and participates in the decimation of black babies?  Wouldn’t you think they’d RUN away from this kind of association?

Maybe it’s the same blind reason that made them think Barack Obama is the best thing that ever happened to blacks.  Except when he isn’t.

It’s a tragedy beyond comprehension that the Congressional Black Caucus has placed so-called progressive politics before the well-being and future of their race.

Just like it was a tragedy when they looked to Obama as some kind of savior. Which he isn’t.

How many millions of black babies will die in the name of “reproductive freedom” before black leadership wakes up to how liberals and progressives play them for fools? 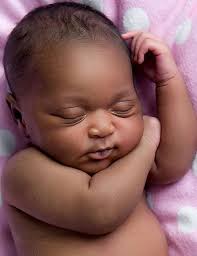