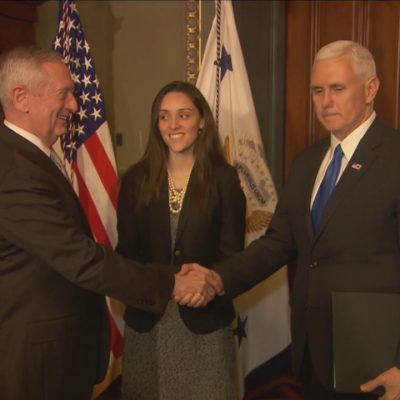 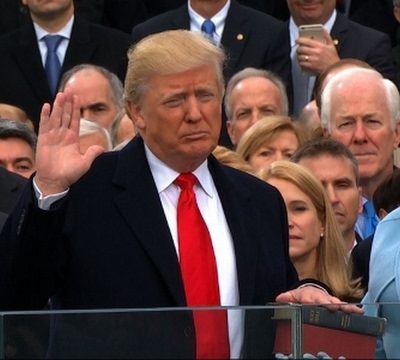 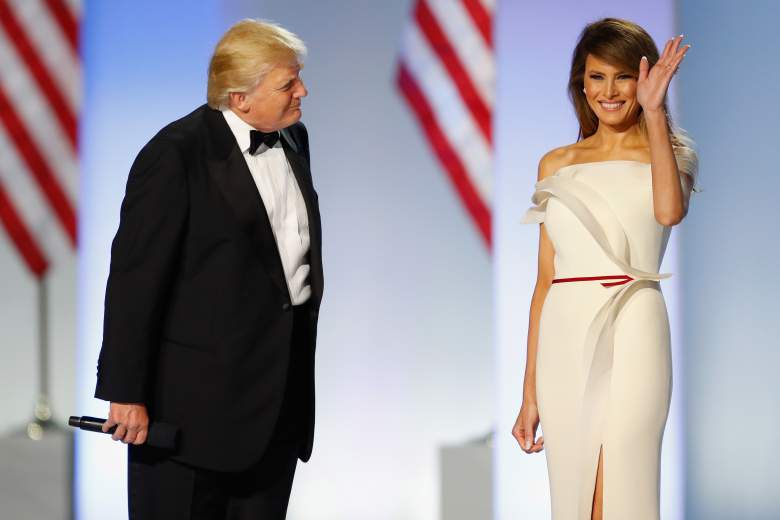 The Inauguration of 2017 has many facets, one of which is Fashion. The age-old question of ‘what are they going to wear?’ has been answered.

At the pre-Inaugural Cabinet dinner and Indiana Ball, Mrs Karen Pence wore a custom lace dress made by designers from a shop in Broad Ripple, Indiana called “Something Wonderful.” 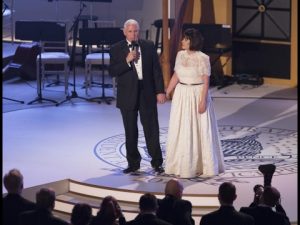 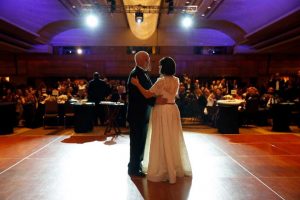 I believe Vice President Pence thought both her dress and Karen herself are definitely something wonderful! 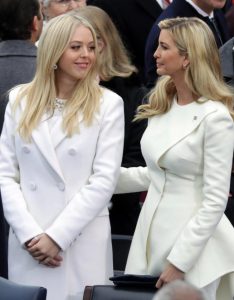 Ivanka wore an asymmetrical coat with American Flag pin on the lapel over a white pantsuit by designer Oscar de la Renta.

Trump campaign manager Kellyanne Conway, who celebrated her 50th birthday today, turned heads with her Gucci coat from the designer’s 2017 resort collection honoring London and was first unveiled at a fashion show at Westminster Abbey. 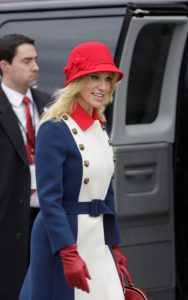 Think I’m wrong? Take a look and you decide. 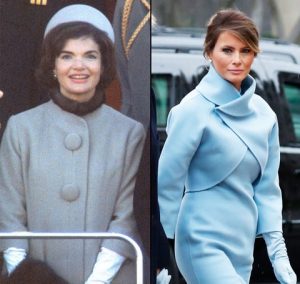 “It was important to us to uphold and celebrate the tradition of creating iconic American style for this moment,” the Lauren corporation said in a statement.

Then it was time for the balls and the debut of our newest First Lady’s gown. This retrospective celebrates 150 years of gowns worn by our First Ladies. Melania Trump will add yet another gown to that collection. So what will she wear? What will they all wear? 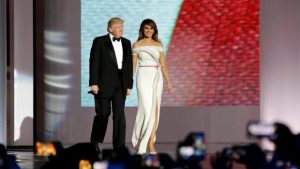 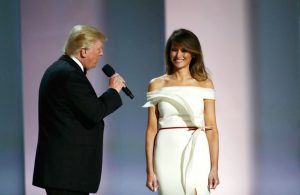 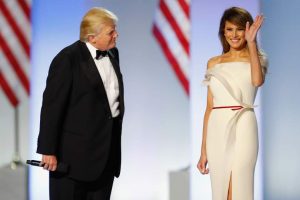 “It’s an honor to dress the First Lady,” Pierre said in a statement. “I was actually lucky because over my 20 years in the U.S., I dressed all the first ladies: Mrs. Clinton at Oscar [de la Renta], Mrs. Bush and Mrs. Obama at Carolina Herrera. So I feel lucky and honored to dress Melania Trump, but this time under my name.” 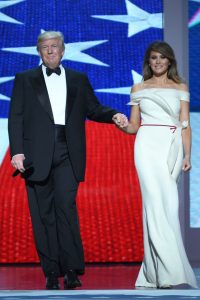 As with many of the First Couples on this oh so important night, their Inaugural dance was sweet and awkward at the same time.

And then Vice President and Mrs. Pence joined in. Her blue gown was absolutely lovely. The rest of their families helped provide a stunning tableau of class and elegance.

While we couldn’t discern everyone’s gowns, we do know that Ivanka was dazzling in a champagne gown from Carolina Herrera. 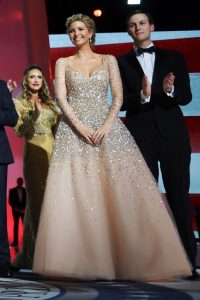 The families and the First Couple officially attended three balls. The finale was The Armed Services Ball. The first time in over 8 years that a President has attended this particular ball. The President arranged for time to speak with some of our 8.500 troops still in Afghanistan over live feed.

Then the First Families then finished by dancing with some of our amazing service men and women.

President Trump and the first lady dance to “I Will Always Love You” at Armed Services ball https://t.co/NyUhJZNpDV https://t.co/BbGqBzuQRn

A classy, elegant, and heart warming finish to a very special day for every American.