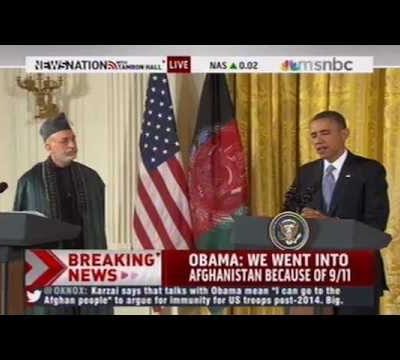 Previous post
Obama says the US has "Fallen Short of the Ideal' in Afghanistan and Weekend Links!

by Catherine Wilkinson in Headlines 5 Comments

Let’s forget about the actual facts, liberals…let’s forget that the city with the highest per capita murder rate has the strictest gun restrictions in the nation. Let’s ignore the obvious fact that regardless of gun laws, lawless and criminal people will get their hands on guns. Mentally deranged individuals with murderous intent will not even consider any other type of weapon, right? And we won’t even get into that icky Second Amendment stuff, ok? Why refer to the Constitution when it comes to the rights of law abiding citizens? It doesn’t quite “fit” your agenda, so away with all that Thomas Jefferson stuff!

What I’d like to hear from you people is what happens next? So you succeed in banning scary “assault” weapons…what happens when crazy people still commit atrocious crimes? Say, next time they use…a nail gun. Does that merit a nail gun ban? They work just as effectively and almost as fast as an automatic weapon. Makes sense you’d want to ban those too. Or you read about a homeowner that uses a legally registered handgun to kill an intruder. He’s protecting his family and property, but still…it’s just outrageous that guns KILL people, isn’t it? Besides, that guy who broke in their house….just confused and in need of a hug. Can’t we all just get along? Of course, you’ll freak out and since nothing of that nature has happened to YOU (so far), so …behold….a ban on handguns. Where’s my shocked face?? It’s quite the slippery slope when you start “banning” things, isn’t it?

Wondeful! Now law-abiding, responsible citizens are disarmed and without guns! Peace, love, dove!!! Bloomberg can get back to work banning sodas, sugar, pain pills and food for the homeless and whatever else he deems dangerous. Because those in control are right about everything, aren’t they? Their ONLY reason to disarm you is to keep you safe, right?

So…just who has the guns now, liberals? I’d like to take a few guesses. The elites that took your guns away MADE SURE they have armed protection, 24/7? You? Not so much. You’re on your own if a mentally deranged individual decides he’s going to take you out to avenge his mother who took away his video games. I hope you’re handy with that tea strainer.

The police? They readily admit THEY carry firearms to protect themselves…and besides, they are so far, far away when someone has you by the throat with a gun at your daughter’s head. The military will have firearms, of course. But…gee….THEY wouldn’t EVER use force against you, would they?  Check in at the Holocaust Museum, will ya?

Career criminals that are delighted they now have a lucrative black market selling firearms to other criminals? You know, the same sort of person who breaks down your door in the middle of the night to rob, rape, and murder? Be assured, liberals….all these individuals WILL STILL have guns. And you won’t. Kinda makes that silly Second Amendment look good again, doesn’t it?

Sleep tight, liberals. Like your amazed surprise at the recent size of your paycheck, you’ll soon be surprised at just what you gave away by continuing to strip the foundation of the Constitution away from this country.