GOP did not weaken gun laws, did strengthen separation of powers doctrine 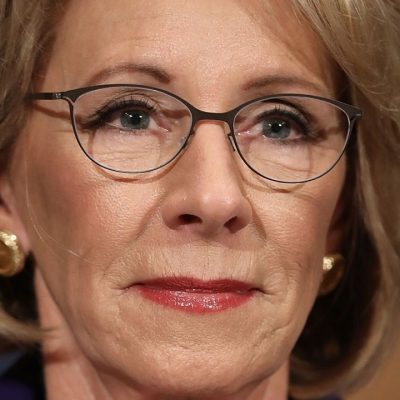 GOP did not weaken gun laws, did strengthen separation of powers doctrine

Just down in the trenches clearing up more fake news. This week you may have heard that the GOP removed background checks and restrictions against mentally ill people from purchasing guns. Not true, but you wouldn’t know it from looking at Twitter.

House voted to allow the mentally impaired to buy guns W/O background checks—For the GOP it's NRA > America's safety https://t.co/B8K3SaLpwW

So @GOP have removed background checks so anyone with a serious mental illness can now buy a gun. Good luck America.

Here’s the real story. Last summer, one of Obama’s last moves in office was to further restrict gun purchases by people identified by the Social Security Administration as needing help with their financial management. It is this provision alone that the House rolled back with a vote of 235-138. The reasons and supporters are many. From the American Association of People with Disabilities:

This rule would require the Social Security Administration to forward the names of all Social Security Disability Insurance (SSDI) and Supplemental Security Income (SSI) benefit recipients who use a representative payee to help manage their benefits due to a mental impairment to the National Instant Criminal Background Check System (NICS).

Last year, the processing of background checks had a noticeable slow down.

The many reasons to oppose the regulation include violation of separation of powers – the Social Security Administration should not have the power to adjudicate mental health, due process – restrictions on constitutional rights warrant proper hearings, and statutory grounds – the Social Security Administration was acting outside the scope of its charge. But the reason that gathered the most support was that there is little evidence to support a link between mental illness and inability to manage one’s finances.

“Someone can be incapable of managing their funds but not be dangerous, violent or unsafe,” said Dr. Marc Rosen, a Yale psychiatrist who has studied how veterans with mental health problems manage their money. “They are very different determinations.

Elected representatives, who know better, try to spin it:

I oppose this effort to weaken our background check system while so many communities are suffering from gun violence https://t.co/h2hFHwb7qM

This repeal is one good step in the direction of reducing onerous regulation and restoring the separation of powers. It should be celebrated for being something that so many groups could agree on!

Entrez to Tyranny aka Oregon HB3200