Next post
Biden's team wants Trump to speak after silencing him 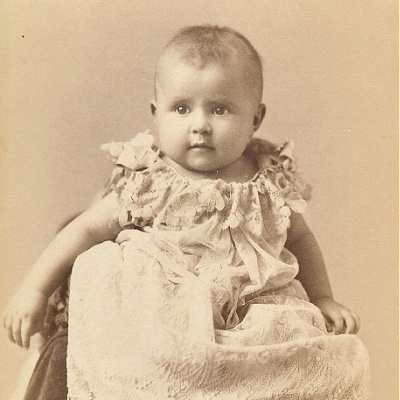 Girls and boys are biologically different. This is a scientific fact. Scientists can identify the two sexes by DNA testing. There are anomalies and there is also gender, which can be fluid. If schools taught basic biology, we wouldn’t have to keep reinforcing this. Two items in the news made us realize that we need Volume 578 of the girls and boys are different argument.

On his first day in occupying the Oval Office, in the midst of a global pandemic, Joe Biden signed an executive order that allows transgender athletes to compete in the gender they identify with. The effect is to erase women. They cannot compete with biological males who identify as girls. Why is this? As Live Science explained:

Given that both men and women train equally hard, why is it that men, on average, are faster runners than women? Even the world’s fastest man is about a second speedier on the 100-meter dash than the world’s fastest woman: Usain Bolt did it in 9.58 seconds, versus the late Florence Griffith Joyner’s time of 10.49 seconds.

The answer to this gender bender is multifold, but it has a lot to do with hormones and body size, doctors told Live Science. [Who Are the World’s Fastest Man and Woman?]

Before girls and boys hit puberty, their bodies are fairly similar. During puberty, however, boys experience a surge of testosterone. By adulthood, some men have up to 20 times more testosterone than women do, according to HealthLine.

Even Claire Graham, who is an intersex advocate, recognizes that there are two biological sexes:

But if Differences in Sexual Development (DSD) trouble the idea of binary sex, wouldn’t that mean that sex should be understood as more of a spectrum? If so, how many sexes are there? Some cultures are said to acknowledge five or seven sexes…

CG: It is not a spectrum, although I know that’s a popular theory. There are only two sexes in humans. As I say, sex is the language we use to describe reproduction. People have potential to be either large gamete producers, or small gamete producers. No one produces both; no one produces something else.

In individual sports, the trans athletes would dominate the sport. In team sports, I could see a situation where have a biological male on a girls team would be an advantage. Say, for instance, volleyball or basketball. Don’t believe me? Check out this video of 50 year old, Navy veteran, Gabrielle Ludwig, now playing for a community college:

Whoa, Nelly. That wide body, with hands the size of platters, will beat the other team every time. Look, I don’t care who you identify as man, woman or Enar’s unicorn. Girls and boys are different. Why can’t we accept that?

The other item that caught my attention is that the Army may have to abandon it’s Gender Neutral Physical Fitness Test. I bet you already know why. Girls cannot keep up:

However, a Pentagon study has found up to 65 per cent of women were failing the ACFT, compared to just 10 per cent for men, according to the Telegraph.

The average score difference between men and women has been up to 100 points.

An army officer told Military.com: “We have to figure out a way to make it fair to both genders.”
The military first addressed problems with the differences in both genders back in 2019, highlighting that it was monitoring how men and women were performing.
Maj. Gen. Lonnie Hibbard said at a press conference: “If you look at some of the blogs, it talked about the failure rates, and we are seeing a difference in failure rates. We have to learn how to train for this test.”

Clearly, the Army doesn’t know the difference between biological sex and gender. That’s problem one. The second problem is that this is not a training issue. This is a biology issue.

A new look test was brought in October last year to help address the gap in men versus women’s scores.

Instead of the leg tuck from the bar, soldiers can do a two-minute plank instead, with research showing female soldiers performing better in that area.

UPI reports the unfairness in the tests for men and women gave unrealistic requirements for service members in non-combat roles like medicine and cybersecurity.

Lt. Col. Margaret Kageleiry of the Training and Doctrine Command told the Army Times that the Army ‘is looking at means to apply those scores based on gender to account for biological differences’.

Reading that last paragraph, the Army seems so confused. Maybe, and I am spitballing here, is that the social experiment of pretending men and women are the same and diversity is king is at odds with the mission of the Army:

There are places for both men and women in this mission. Both are important. But, girls and boys are biologically different. End Volume 578.