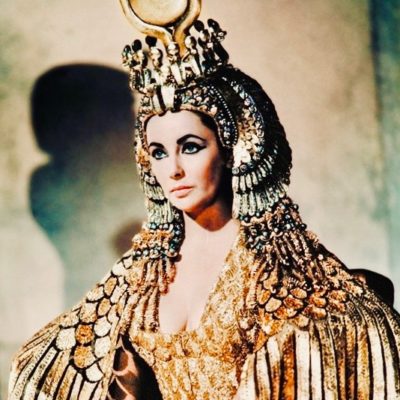 From The VG Bookshelf: George Washington’s Rules of Civility

From The VG Bookshelf: George Washington’s Rules of Civility 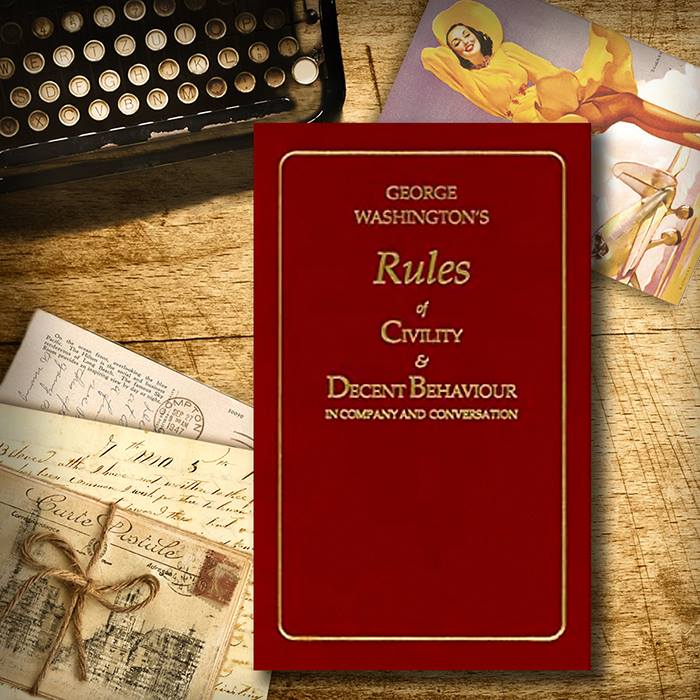 The full title of this week’s Victory Girls’s book review is “George Washington’s Rules of Civility and Decent Behaviour In Company and Conversation” and this isn’t so much of a review as a wishlist for behavior that I would like to see in my fellows denizens of the Planet Earth. If not all of Earth, maybe just the United States. If that’s asking too much, maybe just the cretins on television, like the news readers, pundits, politicians and guests.

First of all, George Washington didn’t make these rules up himself. This was apparently a popular copybook exercise for schoolboys at the time. From MountVernon.org:

These maxims originated in the late sixteenth century in France and were popularly circulated during Washington’s time. This exercise, now regarded as a formative influence in the development of his character, included guidelines for behavior in pleasant company, appropriate actions in formal situations, and general courtesies.

Future President Washington was in his early to mid-teens when he wrote out this exercise. By the age of fifteen, he was “well on his way to a lucrative career” as a surveyor. Being a man of means with a career required good manners and diplomacy. All of the 110 Rules of Civility deal with how one minds oneself in private and in public life.

Manners, began in the 1960’s to be seen as bourgeoisie or middle class. They were stultifying. Good manners were away of acting superior and trying to make others feel bad about themselves. This attitude continues. As a matter of fact that last part of the previous sentence was taken almost word for word from the 1999 movie “Blast from the Past”. And, in a UK Guardian article from 2014, author Tim Lott argues that good manners are overrated. From the article:

Thus I still balk against “manners”. They oil social wheels, but also suppress conflict and stigmatise directness. The care that the upper orders take to, say, never discuss money, or maintain their social codes as their personal property, retains a political function – to keep the vulgarians in their place. Those codes are still powerful – I used to teach my children to say “pardon” instead of “what” until I found out how non-U the expression was.

I will continue to try to teach my children manners, even if they point out to me that they are ultimately, in many cases, a socially sanctified form of dishonesty. They are necessary, and they are desirable. But they are not the be-all and end-all.

Anyone who believes they are is simply being hoodwinked into a system that, as much as anything else, makes social shame an instrument of class preservation.

Indeed, about fifteen percent of the rules in George Washington’s copybook deal with how to behave in front of and acknowledge those of lesser or higher rank than oneself. How about we ignore those rules in the book and substitute “Treat everyone person that you come across in your daily dealings with kindness and respect.”

As to the rest of the rules, they all still are applicable today. Good manners are not a way to show superiority. they are a way to get along with other people.

For instance, the second and 11th rules:

When in company, put not your hands to any part of the body, not usually discovered.”

Shift not yourself in the sight of others nor gnaw your nails.

Okay, so the other day, I was in the grocery story walking up a general merchandise aisle. This man is walking towards me and he adjusted himself. He wasn’t being pervy or anything, just adjusting. Now being as how I am not a snowflake nor easily offended, I averted my eyes and kept walking. Rules two and eleven could solve many problems.

Rules 12, 19 and 20 all have to do with things like eye rolling and controlling your “countenance” in public. I break all three of these rules every day. I am so out of control with my countenance that my husband has worried about my safety a lot. You know those memes that say something like, “I can’t be held responsible for what my face does when you talk”. I am the poster child. I resolve to be more like George and control my face. I am a grown up girl and it’s rude.

Rules 21, 22, 43 and 71 all cover things like not gawking at or asking someone about their infirmities.

Rule 56 deals with rumors and gossip. A few people I know cover their gossiping and rumor-mongering by saying they are discussing prayers request. To which I say, God don’t like ugly and he knows the truth.

Rules 90 through 96 deal with having good table manners and are still relevant today.

In the video below, the Old Sergeant reads the first section of the rules:

Here’s an idea: Start buying this little book as a gift for children. Yes. Instead of teaching children that manners are about others, we could teach them that George Washington’s “Rules of Civility & Decent Behaviour In Company and Conversation” are about self-control and self-moderation.