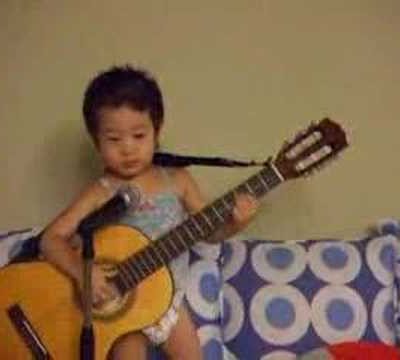 Who hear is familiar with the Westboro Baptist Church and its “leader”, the P.O.S. excuse for a human being named Fred Phelps? For those not in the know, let’s get you acquainted.

Fred Phelps is the pastor of the Westboro Baptist Church of Topeka, Kansas. Phelps & Co. are well-known for picketing any event supportive of the gay community — gay pride weeks, parades, etc. They also condemn Catholics, Muslims, Jews, and anyone who may support the groups they hate — including the United States, Canada, Ireland, Sweden, Mexico, etc. One of their websites is called God Hates America and “praises God for the NIU massacre”. They call themselves Baptist, but are not affiliated with any known Baptist conventions or associations, nor does any Baptist institution recognize the church as a Bible-believing fellowship. They believe that almost every tragedy in the world is caused by homosexuality, and that homosexuality should be considered a capital crime.

Disgusted yet? It gets worse.

The WBC is more a cult than a church. Members are not allowed to marry anyone outside the church. They picket daily, and travel nationwide to picket the funerals of murdered homosexuals or those who have died of AIDS — including the funeral of Matthew Shepard. They also protest at live theatre, concerts, and Kansas City Chiefs football games, claiming that these are “havens for homosexuality”.

They’ve now shifted their attention from focusing on protesting homosexuality to protesting funerals of fallen soldiers killed in the Iraq war. On their website’s FAQ section (yes, that really is the web address for those who are shocked), they claim that (please be cautioned for language):

These turkeys are not heroes. They are lazy, incompetent idiots looking for jobs because they’re not qualified for honest work.

They were raised on a steady diet of fag propaganda in the home, on TV, in church, in school, in mass media – everywhere – the two-pronged lie: 1) It’s OK to be gay; and, 2) Anyone saying otherwise, like WBC, is a hatemonger who must be vilified, demonized, marginalized into silence.

Therefore, with full knowledge of what they were doing, they voluntarily joined a fag-infested army to fight for a fag-run country now utterly and finally forsaken by God who Himself is fighting against that country.

Like me, I’m sure that you’re thoroughly disgusted by reading all of that. These asshats are the primary reason that we need the Patriot Guard Riders, a noble group of bikers who travel across the country to shield the families of fallen soldiers from the protesters.

Recently successfully sued by the father of a fallen soldier, Fred Phelps and the WBC are undeterred. Unsatisfied now with attacking the families of fallen soldiers while they mourn at their loved ones’ funerals, or protesting the gay community nationwide, the Phelps’ and WBC is planning to protest at a memorial service for Brianna Denison. Who is Brianna?

She was a young girl who attended Santa Barbara College, and who was raped and strangled to death in Reno, NV. She was visiting a friend in Nevada over Christmas break, and was abducted in January.

According to their website, here is why they are protesting:

Reno-Sparks Convention Center 4590 S. Virginia St. This is for the memorial service for Brianna Denison. She was the “victim” of a serial rapist’s strangulation. We call it the Wrath of God being poured out on a nation of rebels without a cause. You brought this Wrath on your own head, Reno, NV because you (1st) raised your chidren to be dashed to pieces as rebellious, arrogant soldiers of a Doomed nation of perverts and (2nd) when we warned you to not go to Hell like the dead soldiers and OBEY YOUR MAKER, you lawless brutes did not obey your own laws; instead, you allowed criminal, disorderly conduct to take place betwixt our humble, peaceful preachers and your arrogant, filthy-mouthed and violent counter-demonstraters. See http://www.youtube.com/watch?v=QufIrF9-b9E for an excellent view of Doomed Americans breaking their own laws. You taught your daughters to be whores ? God sent the pervert to rape and murder your daughters. You taught your people to be lawless ? when your police do NOT obey the law and the oath they took ? you teach rebellion to the people. When you call God a liar and say his standards are on the table to dispose of, you teach the pervert that HE is entitled to disobey the law!! America is Doomed, and Reno, Nevada is Doomed. Amen.

This is Brianna Denison:

She was someone’s daughter, someone’s sister, someone’s friend. What happened to her is a horrible tragedy — abducted and killed by a serial rapist who authorities believe will become a serial killer, if he isn’t already. The memorial service is being called a celebration of life, to remember and cherish the person that she was. These scumbags are going to show up and cause her family and friends more pain and suffering than they already are because of their sick, twisted, self-righteous “dogma”.

I’ve read that there will be plenty of people there, bikers (probably the Patriot Guard, but who knows?), to counter-protest them. Let’s hope so. If you live in the Reno area, I strongly encourage you to counter-protest them yourself. The service is tonight from 6:00 – 7:00 pm at the Reno Sparks Convention Center. If we can keep the asshats away from her grieving family and friends it would be wonderful. The loss these people have suffered is enormous, and they don’t need the memory of their daughter and friend, and their time of grieving, tarnished by pitiful, pathetic assclowns like the WBC idiots. If you can’t attend, then please keep Brianna’s family and friends in your thoughts and prayers.