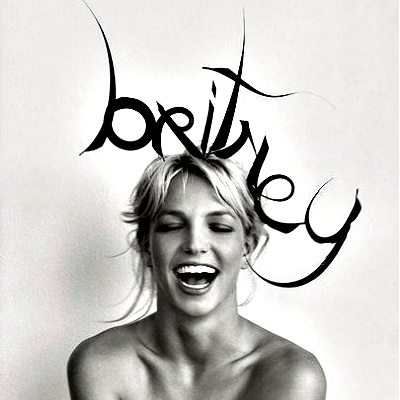 A new documentary from the New York Times, “Framing Britney Spears”, gives a terrifying look into the toxic cocktail that is her life and led to a conservatorship over her person and finances thirteen years ago. Everyone who has a child or listens to music should watch this video.

To be honest, I don’t usually write about pop culture. I don’t stan celebrities. I love their music, movies or books, but they don’t interest me as people. I have always enjoyed Britney Spears’ songs, but I recognize that she is a mediocre vocalist. I really couldn’t see myself watching a documentary about her life, until I did. Holee shite, what a train wreck! The issue isn’t why is she a mess? The issue is how is she sane at all?

At the age of ten, Britney got beaten by 12 year old future Broadway singer/actor, Marty Thomas, in 1992 on Star Search. Even before that she had auditioned for the Mickey Mouse Clubhouse at age eight, done off-Broadway and been in commercials. Nancy Carson, her first agent, gave us the first hint that something is definitely off. Carson describes Spears and her mom, Lynne, were living in New York City doing the lessons and audition rounds. Her dad, Jamie, came to visit and Carson says that Jamie was anxious to see this time be “worthwhile” so that he could justify the cost.

Dad Jamie was a welder, a construction worker, a chef, a violent alcoholic and a gambler. It’s no wonder he saw his daughter as a commodity for making money. It’s no wonder she sought love and approval on the stage. Don’t even get me started on her mother, Lynne. I know I shouldn’t judge, but her mother seems to be a passive doormat. As a protective Mama Bear, I don’t get that.

Britney eventually did get on the Mickey Mouse Club and when that ended, she went home to Kentwood, Louisiana and lived the life of a normal teenager, for two years. She seems happiest during this period. But, Mom and Dad sent her back to New York and the audition circuit. One good thing is that Lynne Spears hired Felicia Culotta to be Britney’s chaperone when she got her first recording contract at age 15. Felicia was with Britney for about 15 years. A calm, lovely woman whose home is a shrine to Spears, she seemed to be a steady influence in her charges’ life.

Remember the shocking sexuality of “Baby, One More Time”? It was Britney’s first hit. She was in her mid-teens. There was no one around to protect her from the cannibals of show business. She went from hit to hit. Then, there was Justin Timberlake. They dated for years. Don’t get me started on the vapid Timberlake. I am talking about his soulless singing.

When Spears and Timberlake broke up:

When Britney and Justin Timberlake broke up, he placed the blame on her, saying she cheated.
“The way that people treated her, to be very high school about it, was like she was the school slut and he was the quarterback.” — NYT Critic, Wesley Morris

There’s two sides to every story. Britney took the high road and said nothing. Justin took a proverbial dump on her chest. She was the slut, he was the stud who took Britney’s virginity.
Justin Timberlake’s song Cry Me a River is about his former girlfriend Britney Spears. His song What Goes Around… Comes Around came around four years after their relationship ended while Spears was publicly struggling with divorce and substance abuse issues.

Justin was the hero, Britney was a harlot. At the time their relationship ended, Britney was a much bigger star than her boyfriend, who was just a member of one of a dozen boy bands. Justin used Britney to further his own career.
Britney has always been the bigger person. She has never Taylor Swift-ed any of her exes.

Still looking for love and stability, she marries Kevin Federline and has two babies in two years. While pregnant with baby number two, she gave an horrific interview to the now disgraced Matt Lauer:

How interesting that Lauer asked her if she was worried about Karma. Despite Spears saying that she and Federline were very “happy together…right now”. They broke up quickly and Kevin kept her children from her. That led to the head shaving incident and the umbrella window smashing. Which led to the Conservatorship.

No, Britney was making everyone money. After Jamie Spears got the Conservatorship over her person and her finances. Britney’s father can be paid as an adviser and Britney has to pay for her attorneys and the attorneys of her Conservators. During Spears’ Las Vegas residency, her father got 1.5% of the gross box office receipts which grossed $137.7 million. One of the attorneys interviewed said that she had never heard of a person undoing a Conservatorship after it was issued.

Britney has issued the ultimatum that she will not perform again while her father is a Conservator and that she is afraid of her father. Good for her. The judge who recently heard her plea did not remove her father but did add the bank of Britney’s choice. That’s a step in the right direction.

Spears is nearly 40 years old now. A lawyer who interviewed her as a potential client 13 years ago said that she was capable of understanding what a Conservatorship was. That’s probably better than 50% of the literate people of the United States. The judge hearing the case wouldn’t let that lawyer serve. Things that make you go, hmmmmm?

Parents, it is your job to protect your children, no matter their age or circumstance. You do what is in their best interest, not yours. Britney had no one. “Framing Britney Spears” is a double-entendre. “Framing” as in trying to get a picture of her, and “framing” as in her parents and the media framed her as a money-making, cash cow.

If you watch “Framing Britney Spears”, you will be as horrified as I was and you will join team #FreeBritney.