Fascists Don’t Wear Masks: The World According To Amanda Marcotte

Fascists Don’t Wear Masks: The World According To Amanda Marcotte 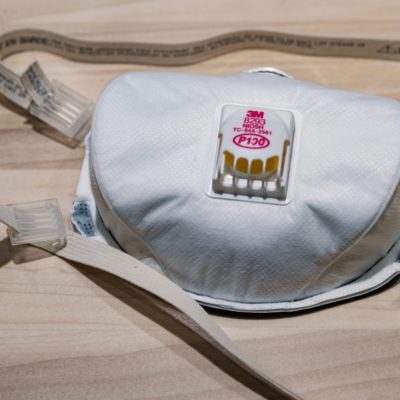 Everything is fascist when it comes to President Trump in the world of Amanda Marcotte of Salon. Why is Trump a fascist? Because he, and his staffers,once again, refused to wear a mask. Fascists, they are!

The latest derp-drip from Marcotte comes after the President visited the Honeywell factory in Arizona and oops-did not wear a mask! Mike Pence didn’t wear a mask when he visited the Mayo Clinic, either. Amanda Marcotte’s conclusion in all of this? If you don’t choose to wear a mask in public, you must be a fascist:

Ultimately, the rejection of mask-wearing really goes back to the fact that Trump, Ingraham and their most faithful followers are guided by fascist impulse, even when they don’t or can’t articulate a fully fleshed-out fascist ideology. Above all other things, the fascist personality is one that rejects even the possibility of sickness. To wear a mask is to publicly admit that one’s body is suspectible to illness, which is coded as ‘weak’ and therefore unacceptable.”-Amanda Marcotte, Salon

Marcotte backs up her claim by providing supporting evidence from Natascha Strobl, an Austrian political scientist who is an expert in far-right organizing and rhetoric. There’s a word for you. Organizing. What does an Austrian political scientist say about this? Glad you’ve asked. Strobl says that in the “fascist narrative, men aren’t men anymore-but nervous, urban, overly intellectualized and (here it comes) sickly weaklings.”

Sounds about right, don’t you think? Because conforming to wearing a mask, even if it is a useless, filterless, piece of cloth in order to conform with the new social norm is not a product of fascist policy in the least.

Fascism, according to Merriam-Webster: a political philosophy, movement, or regime (such as that of the Fascisti) that exalts nation and often race above the individual and that stands for a centralized autocratic government headed by a dictatorial leader, severe economic and social regimentation, and forcible suppression of opposition

Let’s examine the word dictatorial, shall we? The President recently left opening up state economies in the hands of the governors, encouraging governors to use their judgement and data to reopen their states safety. But some governors have extremely exercised their overreach in these policies. They have set up hotlines for community members to tattle on businesses that are not following orders. They have sent local police departments out to break up a family getting some fresh air out in the open. They are slapping fines on people who open their businesses and threatening to take away licenses and their ability to operate. THIS is not coming from the right. THIS is coming from far-left policy. So yeah, Marcotte. Let’s talk about who are the true fascists here.

To wear a mask, in other words, indicates a belief that your personal body can become infected. A fascist-minded person like Trump cannot admit such a thing, either because he genuinely believes he is too strong to be affected by the virus or because he fears looking weak in public.”-Amanda Marcotte

Here’s another reason why Trump is a fascist. He does not wear a mask when speaking into a microphone. Neither do his sycophants at Fox News, she says. Neither does Jim Acosta of CNN when he’s spitting mad at the President and arguing with him at Coronavirus briefings. Neither do any of the anchors at MSNBC. Neither did Jay Inslee at his press conference yesterday where he cited “data” and “science” in the form of cartoon dials as his reasons for holding off on opening businesses in the state. Neither did many of these overreaching governors when they warned us that we would be “grounded” if we decide to disobey their orders.

Personally, I have had it up to here with the mask-shaming. And, I’ve had it up to here covering the asses of “nervous, urban, overly-intellectualized, sickly weaklings” and them calling the non-mask-wearing population fascists. This virus and the fear-mongering around this has been perfect breeding grounds for these types of people. With that being said, I am required to wear a mask and gloves on my one day in the office at work and will happily do it if it gives people piece of mind even though I snot all over the place underneath and have difficulty breathing. But as I do not give the side-eye to individuals who choose to wear masks in their own cars, I would hope that the mob wouldn’t give me the death stare for not wearing one outside, where I am social distancing myself from others who are not in my immediate family circle.

That was not the case last week when my family and I went to a food truck in our neighborhood. Up walks hipster guy with stretched ears and a full mask, casting his gaze down at the fascists who chose to remain uncovered in the open air. What did this jackass do when he had to cough? He took off the very mask that was supposed to protect others and hacked up a lung! Excuse me while I don’t buy into their righteous claims of “trying to protect other Americans”. These people ARE weak and are only about protecting themselves. They don’t give two loads of horse dung about anybody else.

Even before Trump started to make a big show out of not wearing a mask, it was common, at least in my South Philadelphia neighborhood, to see MAGA-hat-clad white men walking around without masks, delivering contemptuous sneers to the rest of us suckers who are covering our noses and mouths.”-Amanda Marcotte

South Philly. She’s so tough. Could it be, perhaps, because you cast the first contemptuous sneer, you hateful troll? I somehow find it hard to believe that Ms. Marcotte would politely ignore a MAGA-hat-wearing white man and walk on past him, sick weakling that she is. Fascists. In her eyes, a mask is a noble effort to prevent others from catching whatever it is she may be carrying. In that case, perhaps duct tape would be a better option.