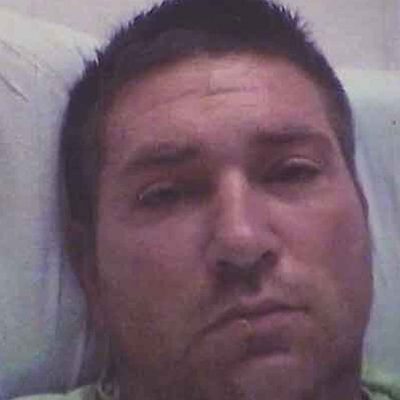 Previous post
Get Over It, Girls: Charlotte Observer Says To Get Used To Male Genitalia

The Democrats Have a Big Rift in Their Party Too [video] 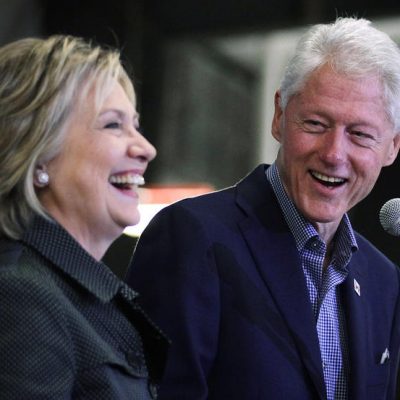 The Democrats Have a Big Rift in Their Party Too [video] 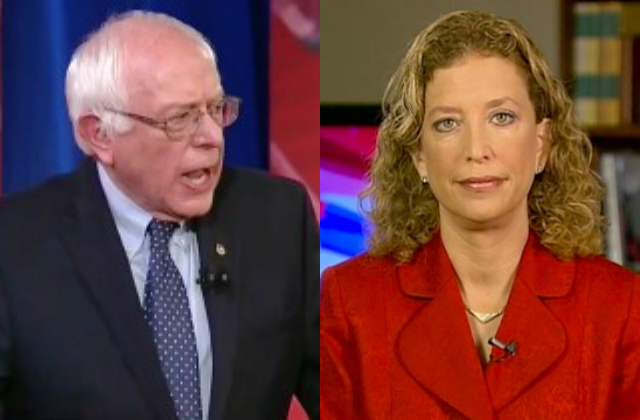 With so much focus on the divisions in the Republican party, it’s been easy to overlook the train wreck that is Debbie Wasserman Schultz and the Democratic National Committee. Wasserman Schultz, the chairwoman for the DNC, is purportedly supposed to be neutral on who will be the Democratic nominee. However, it’s been clear from the beginning that little Debbie would do her job and remain forever loyal to the Clintons.

But Bernie Sanders fans have been making her job a lot tougher than she probably anticipated. Bernie has generated a dedicated, sometimes ferocious, following and many share the sentiment that is more similar to NeverTrumpers than mainstream Democrats want to admit. They hate Hillary Clinton probably as much or more than opponents of Trump hate him.

Some sentiments from Bernie supporters:

“I think I’m honestly starting to hate @DWStweets more than @realDonaldTrump,” one Sanders supporter tweeted on Thursday, with the hashtag #FeelTheBern.

Bernie’s supporters are in part upset for being chastised by Wasserman Schultz after the latest dust-up in Nevada, where they booed Senator Barbara Boxer of California and expressed general displeasure with the process of the meeting. Debbie pressured Sanders to get his supporters in line, and  apparently falsely accusing them of violence.

“Unfortunately, the senator’s response was anything but acceptable. It certainly did not condemn his supporters for acting violently or engaging in intimidation tactics and added more fuel to the fire.”

The video above credibly refutes Wasserman Schultz’ lies, and highlights her bias. But not only is she a liar she is also delusional about the state of her party, as she recently told Trevor Noah when he asked if the DNC was cockblocking Sanders.

At least the Democratic party doesn’t resemble the “other side,” which is “about to splinter into I don’t know how many parts,” she said. “We’re going to come together,” Wasserman Schultz added.

The tension has been building over the course of the campaign. Early on, Sanders sued the DNC for unfairly denying him access to voter information, and despite his overall success at winning state primaries he still somehow continues to lose ground to Clinton due to skewed DNC election rules, which have kept Bernie’s surges at bay, but only just barely. The complaints of rigging the election also continue.

Bernie is at the place now where it is mathematically impossible for him to win enough delegates to win the Democratic nomination, and pressure is mounting from Clinton’s side for him to drop out (Hillary: “I will be the nominee”). Bernie vows to stay in the game, but his purpose is legitimate. With his large solid base of followers, he knows that the Democratic party must listen to what they have to say so he plans to force the party platform to include a few policy points like a $15 minimum wage and a single-payer health care system. He will probably succeed in some measure. His tenacity is to be admired; too bad his ideology is antithetical to liberty.

Hillary’s “I won” statement – she learned that from Obama.

The NeverTrumpers could learn something from Bernie. Drawing a line in the sand is a powerful statement, but it looks like Trump has a realistic opportunity to win the general election with or with out them. Before that outcome is clear though, it would be in the Republicans’ interests to box in Trump on crucial issues and assert their influence before he gets elected. At this point it is unknown if his election is possible, but Republicans need to think beyond 2016. If Trump actually does a good job in his first term, he’s going to want and need a second. The thought that Trump would actually do a good job as president probably provokes a hearty laugh from his opponents, but having a plan in case he does will be an important factor for conservatives to force reform in the government – if there is any chance left at all.

So the message to NeverTrumpers is Be Like Bernie. Hold onto your principles, and through the strength of conviction force the Establishment, and now Trump, to acknowledge your rightful place in the party. Stop hoping that winning a presidential election can save the country. The battle is not waged every four years, but everyday in between.

If you sympathize with Bernie supporters, and you’d like to join them in forcing Debbie to step down from the chair of the DNC, feel free to add to these petitions:

It would only be fitting to help them out since so many of them could be crossing over to vote for Trump in the fall!

Disclaimer: This post should not be considered in any way an endorsement of Trump. It is a call to think bigger than Trump, and what a Trump presidency could mean for the future of conservatism – will it kill us or make us stronger? Find the roads in and fight on!