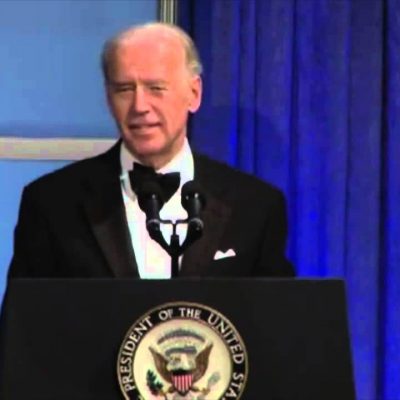 Next post
What Really Happened to Seal Team 6 and Weekend Links!

by Katie Modesitt in Headlines 12 Comments

A new threat was placed on House Speaker John Boehner’s desk last week from the “New Democrat” coalition demanding that he bring an immigration bill to the house floor by the end of September. If he doesn’t, they say they will introduce their own bill.

That bill would be a risky and bold tactic known as a “discharge petition” which brings a piece of legislation to the floor, overriding the people that control the house. This tool is being considered by Democrats to force a vote, or at least put pressure on Republican House leaders to consider immigration in a timely manner.

The use of a discharge petition is exciting for whatever reason. An issue that warrants a discharge petition doesn’t happen everyday. The last time it worked was back in 2002 to force a vote on the campaign finance overhaul. In fact, according to the Congressional Research Service, 563 discharge petitions have been filed since 1931 (when the modern form of the rule emerged) and the House has adopted only 26. This doesn’t give the current effort very good odds- Boehner has already dismissed the idea and is advocating a step-by-step approach in addressing the problem.

But even when the petition (most likely) fails to obtain the amount of signatures it needs, the fact that it was filed should pressure the House to act on immigration. I disagree with Boehner. We can’t address immigration with a series of small steps. It’s time for conservatives to get their heads out of the sand and start hopping, skipping and jumping, to address immigration. Every small step we take is another day that our ineffective, highly bureaucratized and over-burdened immigration system damages our economy and hurts our country.

Comprehensive immigration reform makes sense and not supporting it makes conservatives look either stupid or racist. Or both.

The “gang of eight” bill passed by the Senate (and tentatively supported by George W. Bush) reforms our profoundly broken immigration system. It, first of all, increases spending on border security (which Republicans have never had a problem with) and then goes a step farther by modernizing the legal immigration system (still doesn’t sound so bad). Where the debate really arises though is over the granting of amnesty to the 11 million undocumented immigrants already in the country. I have to take a step here (or hop, skip, jump) and disagree with the majority of Republicans who think this is a bad idea. Actually, if I could convince all Republicans in Washington to do one thing it would be to agree to give the undocumented immigrants in our country a shot at citizenship- that is, amnesty.

Amnesty has become a politically toxic word. But really, the process suggested by the Senate bill isn’t blanket amnesty. Undocumented immigrants would have to pay a fine, learn English and American Civics and wait in the back of the line (for ten years) behind those who are legally immigrating to gain their citizenship. This both acknowledges that they have committed a crime by illegally immigrating and provides a common sense solution to the vast number of undocumented immigrants in our country. Plus, when undocumented immigrants gain citizenship they are protected and subject to the law, contribute to the workforce and are that much more likely to become productive members of society (less crime and less racially homogenous poor neighborhoods).

And supporting this kind of reform shouldn’t be politically blasphemous for conservatives. Even the forever-trusted father of American conservatism, Ronald Reagan, said:

“I believe in the idea of amnesty for those who have put down roots and lived here, even though sometime back they may have entered illegally,” he said.

Let’s trust President Reagan on this one.

With politics, and life come to think of it, I choose to operate off two principles: commonsense and compassion. Comprehensive immigration reform is both logical and compassionate. Reforming our immigration system and granting amnesty is common sense. It will help the economy and provide a system that actually works. What else are we going to do with all the undocumented people living here? Ignore them? Deport them? Neither of those options make much sense- at all. And then there’s compassion. Many of these people who are undocumented are American in everyway expect for on paper, especially young people who’s parents do not have legal status. Take Jose Vargas, who worked his way up at the Washington Post before coming out as undocumented. These people are American. They are not illegal- the act is illegal, not the person.

The smartest thing conservatives can do is support the current push for immigration reform. As the problem gets worse and worse and the Latino vote becomes more and more critical, it’s time for Republicans to be proactive about the problem that’s facing our borders.