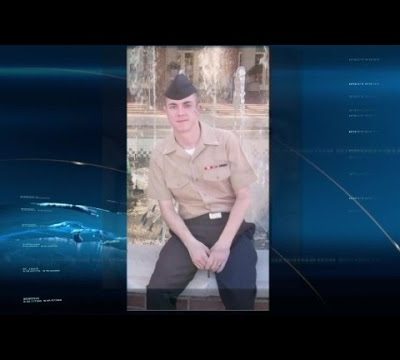 This flag just went down.

On Monday, this one will go up.

After more than five decades, the United States has reestablished diplomatic relations with the communist nation of Cuba. President Obama and Raul Castro, President of Cuba, have been pen pals for the last few months working out the details. On July 20, 2015, the Cuban Foreign Minister Bruno Rodríguez, will travel to Washington, D.C., to reopen the limestone mansion on 16th Street NW and raise the Cuban flag on the newly installed flag pole. Take a look inside the newly renovated mansion here.

The U.S. embassy in Cuba will be housed in this gem of utilitarian architecture.

In the U.S., there will be an all day celebration, with such notable attendees as CodePink who is fully supportive of such action.

Although an official US embassy will be housed in Havana with the United States flag flying above its gate, US citizens still face restrictions that prohibit them from freely traveling to Cuba. Congress should ignore the few representatives who are opposed to normalization, and immediately pass the Freedom to Travel to Cuba Act to allow US citizens to travel to Cuba just as they are allowed to travel anywhere else in the world. This should be followed by the passage of the bill to lift the embargo, finally putting to rest the Helms Burton Act that codified the failed American policy of isolation and hostilities.

Because the resistance to normalizing relations with Cuba is all about being mean and not letting anyone go to Cuba. Hey Medea, there’s a little more to it than that.

It would be natural to think that Secretary of State John Kerry would be equally excited to get the U.S. flag flying over Havana as soon as possible, but no. He’ll get around to that sometime in August. No date has been set yet. President Obama isn’t going to rush to nominate an ambassador either, citing probable resistance to the confirmation process by the Senate.

Rubio, who is among a crowded field seeking the Republican presidential nomination, said he intends to block the confirmation of a U.S. ambassador to Cuba until issues such as the return of U.S. fugitives living in Cuba, the claims of U.S. citizens for property confiscated in Cuba, political freedom for the Cuban people, and removal of all restrictions on U.S. diplomats in Cuba are addressed.

Many Cuban Americans are not in favor of opening relations to Cuba. Once again, it appears the U.S. has achieved nothing in establishing this relationship. Cuban human rights violations and political prisoners are not things of the past, but remain part of everyday life in Cuba, where less than 50 per cent of households have access to the internet.

“The so-called negotiations by the Obama administration have resulted in nothing but a Christmas in July for the Castros,” said South Florida Republican Rep. Ileana Ros-Lehtinen. “With nothing in return from the communist regime, the United States has managed to legitimize the Castro brothers with an American embassy in Havana, has given the Cubans access to financial institutions in the U.S., has promoted an infusion of American tourism to the island, and has delisted Cuba from the State Sponsor of Terrorism list.”

“President Obama continues to appease [the Cuban people’s] oppressors,” said South Florida Republican Rep. Mario Diaz-Balart. “The Cuban people are calling out for solidarity with their struggle for freedom, not collaboration with those that imprison them. If only we had a president that knew the difference.”

On the other hand, in a recent poll 97% of Cubans feel favorably about reestablishing relations with the U.S., even while the Castros continued to arrest activists and political dissidents. Reportedly over 2,000 were arrested since December 2014, though most have supposedly been released now. The main things agreed upon in this new relationship do not affect the public at large – the agreement mainly allows diplomats to travel with fewer restrictions, the establishment of the embassies themselves, and options to increase staffing levels in each country. It is said these things will lead to normalization of relations and expansion of ability for private travel and businesses to expand, but judging from the stellar quality of negotiations exhibited by Obama, it would probably be wise to hold off on the Travelocity vacation bookings.

The raising of the Cuban flag in the U.S. is a perfect cap to end this week of diplomatic outreach to those nations who have no interest in mutually beneficial relations with the U.S. beyond what they can squeeze from us. Obama thinks he is cementing his legacy, and he is; it’s just too bad his legacy is following a path of complete divergence from the best interests of America.

Ironically, it is the supporters of the denounced Confederate flag who have far more love for America than any of Obama’s new friends.