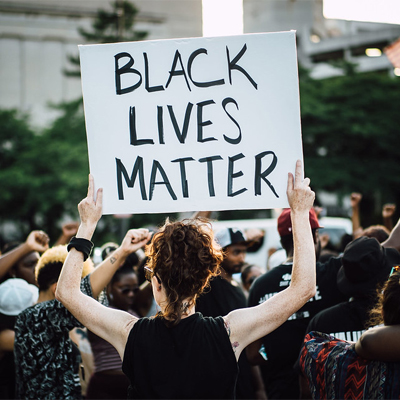 Ask a progressive, and they’ll tell you that corporations are evil entities that rich Republicans support. So why do they grovel at the feet of Black Lives Matter?

Take, for example, giants in entertainment. Considering the left-leaning penchant of moguls and movie stars, that industry eagerly grabbed their ankles to show their fealty to BLM.

For instance, HBO Max temporarily pulled the classic film Gone With the Wind, but after backlash the company decided to eventually return it with a “discussion of historical context.” As if white people who watch the movie might suddenly approve of slavery unless some disclaimer changes their minds. Yes, they think the average white person is that racist.

In addition, A&E pulled the reality police series Live PD, and Paramount Network pulled Cops, which had a 33-year run between three networks.

Even on the other side of the Pond, the British network UKTV, owned by the BBC, pulled an episode from the brilliant comedy series Fawlty Towers. Entitled “The Germans,” the episode was yanked because it contained “racial slurs.”

It must’ve been this scene, right? when hotel owner Basil Fawlty, played by John Cleese, insulted German guests. He kept referring to World War II, even using the slur “Kraut,” which offended one of them.

But no, UKTV didn’t have a problem with insulting Germans, because ever since WWII Germans have been fair game for insults. Besides, they’re white.

No, an elderly guest, the daft Major, supposedly used the N-word when referring to Caribbeans.

However, UKTV decided to reinstate the episode after John Cleese blasted the network as only Cleese can.

“A lot of the people in charge now at the BBC just want to hang onto their jobs. If a few people get excited they pacify them rather than standing their ground as they would have done 30 or 40 years ago.”

We're taking some time to educate ourselves and plan proper action before we post. We stand against racism.
#BlackLivesMatter

It takes time to become fully woke, you see. Proper British corporations need to learn from their more raucous American cousins. But in the end, both tea companies came together in “solidaritea” because white people who enjoy tea need beverage corporations to tell them how to think.

And speaking of beverages, there’s Starbucks. 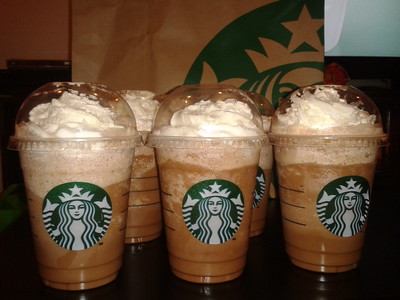 Now you might think that the Seattle-based coffee behemoth would instantly welcome their baristas showing support for Black Lives Matter. But not at first. The coffee corporation banned BLM shirts and other tchotchke because they might “amplify divisiveness.”

But that was then. Now, not only is Starbucks allowing its baristas to wear BLM shirts and paraphernalia, they’re providing 250,000 BLM t-shirts for those who want them.

No word if cancel culture baristas will shame fellow workers who don’t wear a BLM shirt.

Then there’s shoe giant Nike, which lectured us at both Twitter and Instagram. Because we all want a shoe company to tell us how to think, too.

But Adidas wasn’t about to let Nike out-virtue them, so they retweeted the sanctimonious Nike tweet while adding these words:

We’re in this together, bruh!

Corporations can grab their ankles all they want. They can tweet and post and preen about how woke they are, but the discontented now want more.

For example, Sharon Chuter, founder of Uoma Beauty, which specializes in cosmetics for black women, points out that less than 3% of Microsoft’s US executives, managers, and directors are black, while Amazon’s managerial force is about 8% black. So she launched the #pulluporshutup campaign, in which she holds corporate feet to the fire for not having enough black execs.

Plus, Aurora James of Brother Vellies, which specializes in African-designed accessories, has ideas too. She wants big retailers to commit to 15% of their shelf space to black businesses. These would include corporations like Target, Walmart, Whole Foods, and Sephora. That’s a lot of shelf space, but never mind the possible consequences if those products fail.

Look, if corporations want to make this “15% pledge,” or increase their number of minorities in executive positions, good on them. But that should be their call, considering what is best for the corporation, its shareholders, and customers. However, since they’ve bent the knee to Black Lives Matter, they’re now going to be steamrolled, not only by BLM, but the social media mob and its “cancel culture” will turn on them, too.

Well done, corporations. You wanted everyone to know how virtuous you are. Instead, you’re just being played.